Fans are choosing not to watch live football events in Africa 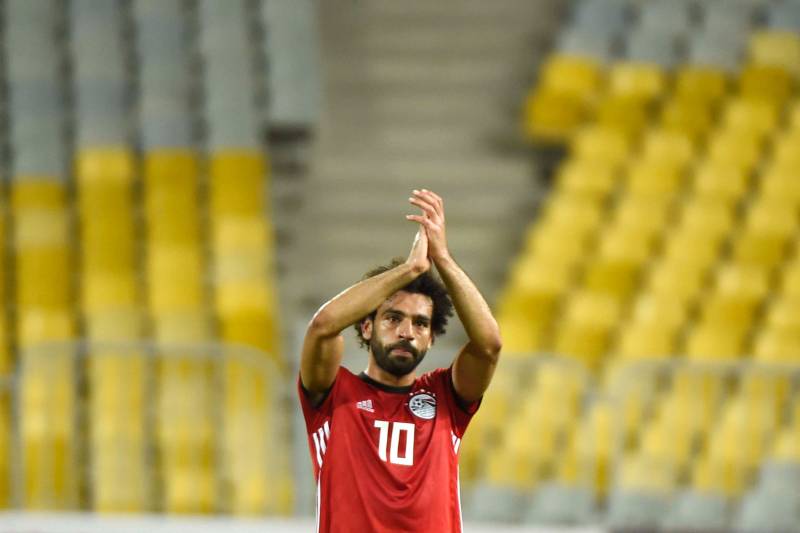 At the ongoing Africa Cup of Nations in Egypt, the visual imagery of  almost empty stadiums is a powerful narrative. But not the kind that African sports, African football, or corporate sponsors deserve.

The empty seat syndrome in suggests that football fans are voting with their feet, or better still with their backsides. Fans are choosing not to watch live football events, and instead are opting in increasing numbers  for the 'intimacy' of their crystal clear digital flat TV screens, or not all.

Before Egypt's stunning 0-1 loss to South Africa in the round of 16, the host country was the only team able to attract 70,000 fans. Other than when Mo Salah and the Pharaohs have been on the field, most stadia across Egypt have at best attracted an average of 5,000 to 7,000 fans.

Official broadcast camera crews have done a creative job minimizing the visual gaps of empty seats. But wide camera angles reveal the obvious ... a lack of attendance and public enthusiasm, in spite of the presence of some of the biggest names in world football on the field.

Which is why the empty seats in Egypt are both stunning.

Admittedly, Egypt bailed CAF out and should receive well-deserved credit for coming to the rescue and hosting the African Cup of Nations, with barely 6 months notice, when the original hosts were sanctioned due to shoddy preparations.

Nevertheless, the lack of attendance in Egypt speaks volumes high ticket costs; the timing of matches bang in the middle of work days; the difficulties faced by national team supporters in obtaining entry visas to Egypt; and challenges with the Confederation of African Football's complicated online ticket purchasing system.

It should not be so. This after all, is the most important event in Africa's sports calendar. At least, it used to be before England's Premier League, Spain's La Liga, Italy's Serie A, and Germany's Bundesliga captured our collective imaginations.

The end result is that where once 30,000 to 70,000 fans a week watched highly competitive domestic football leagues across Africa, the empty seat syndrome has been  the norm for almost two decades. It is not unusual to have less than a thousand fans in a stadium that seats 30,000.

The lack of fan attendance has obvious economic and financial implications across the sports value chain for team owners, sports federations and confederations, players, sponsors, advertising and marketing agencies, merchandisers, vendors, and local communities who once counted on fan attendance to boost fledgling economies.

What's responsible for the increasing slide in fan attendance?

3. A lack of reliable transportation to and from venues. As well as sufficient and secure parking.

5. Technology. Mobile phones and Apps that carry events live as well as a plethora of entertainment alternatives. In other words, once big events are no longer the main gigs in town.

So, what can be done to reverse the trend? Here are 5 quick suggestions.

1. It can no longer be business as usual. Africa must run sports as a professional business. This includes the right infrastructure, training facilities, attractive pay scales for professional athletes who now consider anything less than a European league appearance, a professional failure.

Regrettably, as with Africa's overall propensity to simply export raw materials instead of adding value to what we produce, we are doing the same with football and many other sports. Africa has a tremendous abundance of potential talent that for the most part (with the exception of South Africa, Kenya and Ethiopia) we add little or no value to. Instead, millions of genetically blessed athletes are simply waiting or begging to be 'found' on the cheap by European and American sports teams. Why? Simply because we fail to see diamonds in the rough and because we are unable to add value to the potential of what for now seems to be rough stones.

2. Modern and professionally maintained facilities: In sizzling hot Africa, we must invest in covered stadia. When I can sit in front of my big screen TV in my air conditioned living room, why would I want to subject myself to temperatures that I swear have gone up a number of notches in recent years?

3. Sport is a spectacle. This includes everything including pre-event and half time entertainment to keep fans with short attention spans upbeat and engaged.

4. Give back to the fans: Essentially, engagement in the 21st century must change. Its time to give something back to fans rather than fleecing them at every opportunity with sub-standard services and products. It would seem to me that sports teams could offer something as simple as raffle draws that reward fans with extra game tickets, signed player jerseys, visits with select players, or products from local sponsors. Professional marketing firms can come up with an endless list.

5. Make sports big and make it a win-win proposition.

Real Madrid F.C. and Barcelona F.C. for example, are not owned by a few rich individuals. Instead, they are owned and supported by thousands of shareholders known as 'socios.' Across Africa, it's time to change the numbers game - in ownership, money, and attendance - by giving fans a seat at the table.

These are just a few quick ideas. However, the running of sports in general and football in particular as a business and a brand proposition, will require honest analysis, political and financial will, and a collective approach.

It must be if Africa is to unlock potential and turn millions into billions.

The article is written by Dr. Victor Oladokun, is the Director of Communication and External Relations at the African Development Bank