Scotland Gets Ready for Three Major Golf Events This Summer 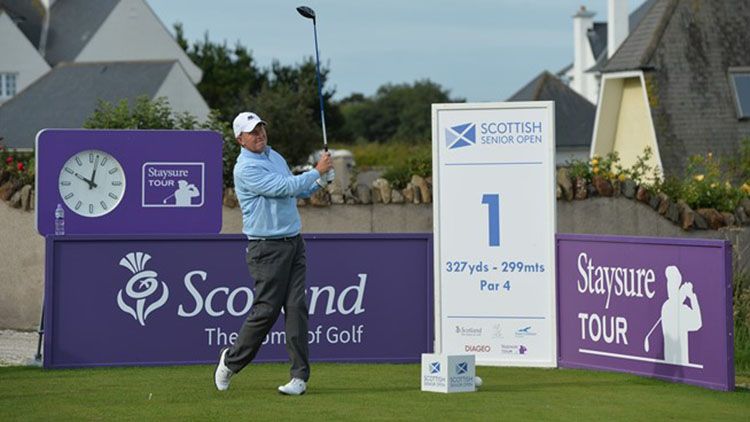 This Summer Scotland is hosting three world class events. It is expected that around 80,000 fans will visit the East Lothian's stunning stretch of coastline when the Aberdeen Standard Investments Mens and Ladies Scottish Opens and The Scottish Senior Open will take place there over the next six weeks.

Following on from 2018 when Scotland hosted no less than seven world class golf events, the country which gave golf to the world, will once again welcome superstars from both the mens and womens games. The spectacular summer kicks off this week with the ASI Scottish Open, which is being staged at The Renaissance Club, North Berwick for the very first time.

VisitScotland is investing more than £2 million into this summer’s golf events, with golf tourism worth an estimated £286 million to the economy and supporting around 4,700 jobs, these events ensure Scotland remains at the forefront of world golf.

VisitScotland Regional Director Neil Christison said, “The staging of these high profile sporting events - the Aberdeen Standard Investments Scottish Opens and The Scottish Senior Open  - have an immense impact on tourism in East Lothian and surrounding areas, attracting golf fans from across Scotland and beyond. With its range of 21 courses, high quality accommodation, food & drink and visitor attractions, East Lothian really does live up to its name as Scotland’s Golf Coast.

“Golf is a vital part of the visitor economy with the ripple effect felt in shops, hotels, restaurants and a wide variety of other businesses across the region.

“Golf tourism is worth £286 million to the country annually – and around £21.5 million to East Lothian alone. In addition, as we look towards The Solheim Cup taking place at Gleneagles in September, the global spotlight will once again be focussed on Scotland as the Home of Golf and a world-leading golf destination.”

The Scottish Open itself will attract tens of thousands of spectators to the East Lothian course to watch the likes of Rory McIlroy, Henrik Stenson and American’s Rickie Fowler and Justin Thomas. Not only that, but it will be beamed globally into millions of homes by a network of broadcasters including Sky Sports in the UK and throughout the United States by NBC, all of which helps to promote Scotland, the Home of Golf as a fantastic golf tourism destination.

No less than three weeks later the best in the womens' game will get their chance to play for the biggest purse on the Ladies European Tour. The co-sanctioned ASI Ladies Scottish Open takes place from 5-11 August also being played at The Renaissance Club for the first time. Fans can expect a strong player field  from the LPGA and LET including defending champion Ariya Jutanugarn, Team Europe Solheim Cup captain and North Berwick native Catriona Matthew and the 2018 Womens British Open champion Georgia Hall.

And the action doesn’t stop there.The biggest event in the womens golf, The Solheim Cup, takes place at Gleneagles from 9 -15 September. This is the 16th edition of the biennial event and it  aims to be the biggest ever European staging and the most family-focused one in its history, with around 100,000 spectators expected to make the trip to Perthshire.

The action returns to East Lothian from 16-18 August when The Scottish Senior Open heads back for a second year to Craigielaw Golf Club, while our amazing year of golf comes to a close with the Alfred Dunhill Links Championship at St Andrews, Carnoustie and Kingsbarns.