Vilnius wants to host Ronaldo and Messi at a Dinner 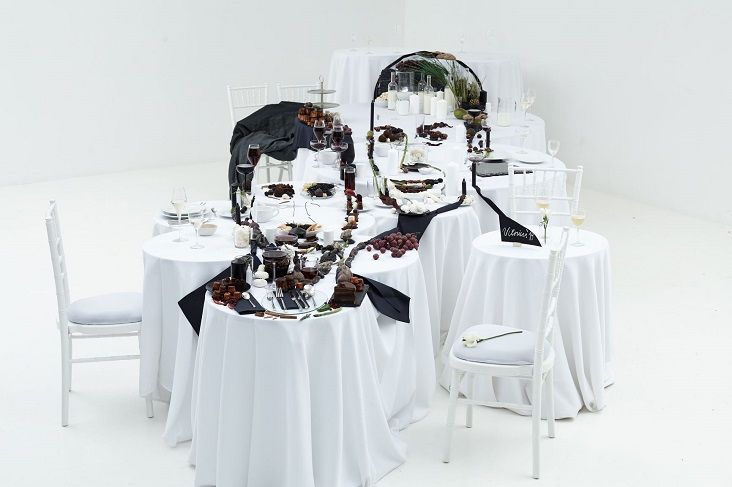 The Portuguese national football team visits Lithuania as the two national squads are to face off in a group stage match as part of the qualification for the final stage of UEFA Euro 2020. Cristiano Ronaldo will make his first appearance in Lithuania.

Meanwhile, Vilnius, the capital of Lithuania, decided to welcome the Juventus and team Portugal striker in an unusual way.

A couple of weeks ago, during the UEFA Champions League draw in Monaco, Ronaldo admitted that he and his arch-rival Lionel Messi “have a good relationship” but the pair “have not had dinner together yet.” The team Portugal’s captain finished with expressing hope of doing so in the future.

In response to Ronaldo’s comments, the city of Vilnius decided to act as a mediator between the two living football legends and offer them dinner at one of the city’s top restaurants, such as the award-winning Sweet Root, Džiaugsmas, and the historic Lithuanian cuisine hub Ertlio namas.

“Ronaldo’s recently expressed wish to sit down with Lionel Messi for dinner was heard by the gastronomic community of Vilnius,” Remigijus Šimašius, the mayor of Vilnius, commented on the idea. “There are plenty of reasons why Ronaldo and Messi should dine in our city. Restaurants in Vilnius have been building up their reputation internationally, leaving visitors blown away by the quality of local food and the originality of the chefs. Besides, we, as a city, want to demonstrate our hospitality by extending this invitation to the star player of our rival team. We want everyone to know that Vilnius is an open and exciting city.” 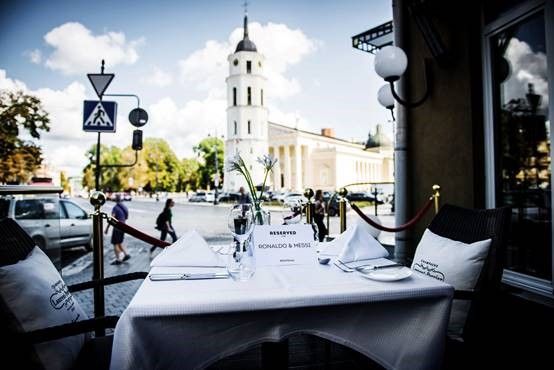 Ten of the top-rated restaurants jumped on board by inviting the distinguished guests to try the best their chefs have to offer. To make sure the two footballers would have a wide enough range of eating places to choose from, a table for “Ronaldo & Messi” was reserved in each of the restaurants. Whichever restaurant the gentlemen would choose, they would get to experience some of the most unique dishes in the region, as Vilnius restaurants are known for reinventing the local culinary tradition, using produce from local forests and small farms and developing the New Baltic cuisine concept.

Additionally, to show that the dinner invitation won't go out of date, a local artist Jolita Vaitkutė created a 3D installation out of food, tableware and restaurant equipment depicting Ronaldo and Messi. Being especially fond of portraying pop and political icons, the acclaimed artist usually works with installations, performances, and illustrations. The Ronaldo and Messi installation is eight meters long and three meters wide, made of 658 objects that include oysters, shrimps, grapes, various desserts and drinks.

The city hopes that this light-hearted gesture will serve Ronaldo as a reminder of his time in Lithuania and will play a role in making the long-overdue dinner between the two football virtuosos happen - as well as demonstrate the openness Vilnius and its community, from football fans to star chefs and artists.