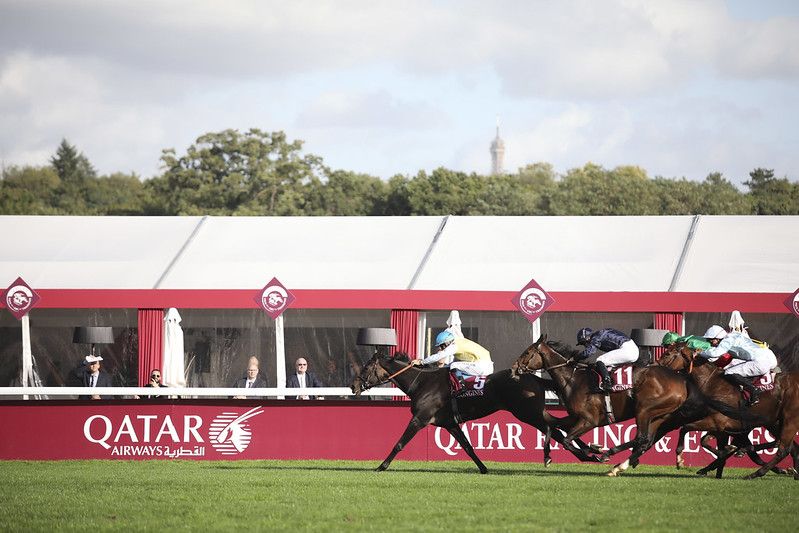 Qatar Airways named as the official airline sponsor of one of the world's most prestigious racing events on the international calendar, the Qatar Prix de l’Arc de Triomphe 2019.

The highly lauded horse race took place in the magnificent setting of the Bois de Boulogne park in the city of lights and attracted top jockeys and famous horse breeders from around the world.

In partnership with the Qatar Racing and Equestrian Club (QREC), Qatar Airways welcomed racing fans to the Paris Longchamp Racecourse on the weekend of 5th – 6th October to experience the highlight of the flat-racing season. The two days of elite racing brought together the best thoroughbreds and jockeys to compete in one of Europe’s most coveted races.

Qatar Airways Group Chief Executive, His Excellency Mr. Akbar Al Baker, said: “Qatar Airways is delighted to once again be the official airline sponsor of the Qatar Prix de l'Arc de Triomphe, the most renowned event on the horse racing calendar. Participating in this major equestrian event highlights our commitment to our French network, which remains one of our most important strategic and commercial routes.

“Our continued support of global sporting events reflects our firm belief in the unifying power of sport and the pivotal role it plays in bringing people from all over the world together. At Qatar Airways, we are committed to uniting people through our strategic partnerships. This is something which has been evident through Qatar Airways’ recent sponsorship of major global sporting events, such as the 2019 FIFA Women's World Cup in France and the FIFA Club World Cup to be held in Doha in December.”

“We have developed an extensive partnership with Qatar Airways to organize numerous prestigious international events. Qatar Airways contributes significantly to the shipping activities for QREC-sponsored events overseas. Their support has been critical to QREC’s sponsorship of the Qatar Goodwood Festival in the UK and the Qatar Prix de l’Arc de Triomphe in France. Moreover, Qatar Airways plays a leading role at the HH The Amir Sword Festival by facilitating the participation of horses from outside Qatar. We look forward to continuing our close partnership, which has borne fruit for Qatar as well as equestrian sport in Qatar.”

To complement the airline’s values of hospitality and customer excellence, Qatar Airways collaborated with Les Fermes de Gally, an established Parisian horticultural firm which specializes in innovative gardens and spectacular floral displays. This collaboration unveiled the recreation of the flower market scene from Qatar Airways’ famous 'A World Like Never Before’ campaign which premiered earlier this year.

Guests were photographed against the famous flower market backdrop, and then presented with a decorative bouquet as a charming momento from their visit to the Qatar Airways dedicated area. Guests were also given the chance to sample the multi-award winning Qsuite business class seat to experience the luxury and style afforded by travelers when they choose to fly with Qatar Airways.