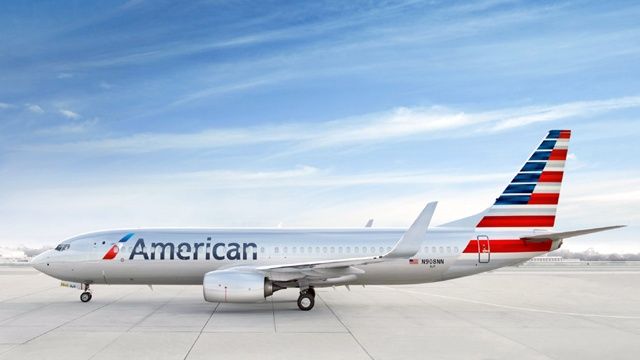 American Airlines and the Miami HEAT expand their 20-year relationship with a new agreement that will allow AA to serve as the team’s official airline and its first international marketing partner.

While previously sponsors were limited to a 75-mile marketing territory, as an international partner American is one of the first NBA team partners to utilize worldwide rights and connect with HEAT fans around the world. The international program allows teams to include global advertising and marketing rights worldwide; activation at retail locations globally and rights to post non-game team content on the sponsors’ own digital and social media sites. The opportunity to celebrate the passion of HEAT fans, both in Miami and internationally, aligns with American’s place as Miami’s largest international carrier.

Additionally, American will be the presenting partner of the HEAT City Edition uniform campaign. City Edition gave birth to the wildly popular HEAT Vice uniform. Since 2018, the three iterations of the Vice uniform have sold more than all other franchises combined.

“As we celebrate the 30th anniversary of our Miami hub, our expanded partnership with the HEAT is the perfect opportunity to recognize Miami and the major role it plays in connecting our customers to the rest of the world,” said Janelle Anderson, American’s Vice President – Global Marketing. “The Miami HEAT has a proud history of delivering innovative, fan-focused campaigns. American shares this passion and looks forward to collaborating with the HEAT to excite fans in Miami and around the world.”

American’s partnership with the HEAT is all about helping Miami sports fans on life’s journey. The agreement provides the ability for American to share their passion for the HEAT with fellow fans, immersing them in pregame social media, creating gameday experiences and contests that give fans a chance to win travel experiences on American and showing a strong brand presence during HEAT games.

“For two decades, the Miami HEAT and American Airlines have been synonymous with the growth and branding of Miami,” said Eric Woolworth, President of Business Operations at the HEAT Group. “Our naming rights partnership is the longest such deal in the history of professional sports in this region, cementing our commitment not only to each other but to the entirety of the South Florida community. Like many long-term partnerships, ours continues to evolve and has now expanded into the global marketing space. As this new era begins, everyone at the HEAT is ecstatic to forge ahead working side-by-side with American Airlines.”

American’s commitment to the Miami community has been unmatched over the last 30 years. In 1989, American had just 19 flights a day to six cities from Miami International Airport (MIA). Today, American operates more than 350 flights a day to nearly 130 destinations and carries 30 million people to and from MIA annually. MIA is now the largest international gateway in the American system. The airline is also the largest carrier to provide service to Latin America from MIA.

Most recently, American announced more flights from MIA to Santiago, Chile; Lima, Peru; and São Paulo, Brazil, signifying a growing commitment to the Latin American region. American reaches more than 70 cities across Latin America and the Caribbean with 135 flights — more service than any other carrier to that region of the world. This summer, American expanded its reach by launching a new service to Cordoba, Argentina, and Santiago de Cuba, Cuba.

“Along with our 13,500 Miami-based team members, American is committed to investing in the Miami community,” said Juan Carlos Liscano, American Airlines Vice President in Miami. “This partnership with the HEAT is part of that commitment to bring people throughout the South Florida region and from around the world together.”