The build up to the President’s Cup is underway 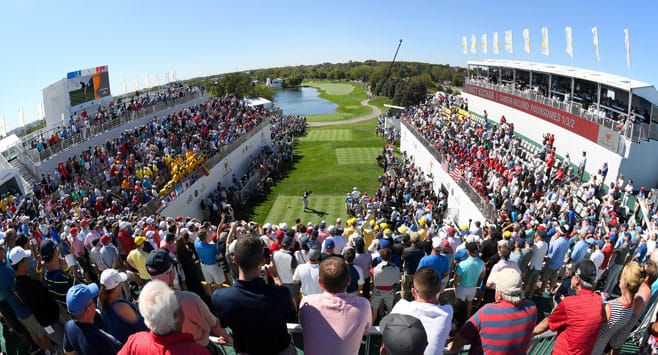 The President’s Cup is almost like a little brother to the Ryder Cup.

When looking through the odds from the top betting sites in the USA, the President’s Cup is one of the main tournaments mentioned. That’s because unlike most other tournaments, it’s not a roster of individuals battling it out for a winner: instead, it’s almost like the soccer World Cup for golf.

The President’s Cup sees the USA battle it out against the rest of the world, minus Europe, every two years. It’s particularly popular in the US because we win it often!

So, let’s look at the teams we may see involved in the tournament.

The USA team is being led by Tiger Woods this year. It’s Tiger’s first time as captain, which means that he most likely won’t be competing in the actual tournament.

He has played in it before, most notably in 2003 when the cup was a tie — one of only two times the US didn’t win (out of 12 tournaments). Even though he is the captain, Woods hasn’t ruled out choosing himself as the captain’s pick which would see him compete after all. This is very rare, though.

The official President’s cup website says that Woods has named Fred Couples, Zach Johnson and Steve Stricker as his assistant captains so far, with space for one more name.

The team so far is as follows:

The US are heavy favorites to win the cup again, with odds as low as 1.35 on them to claim victory.

The international team is being led by a legend of the game, Ernie Els. He has chosen K.J. Choi, Geoff Ogilvy, Trevor Immelman and Mike Weir as the assistant captains for the cup. The international team has only ever won once (back in 1998), and so are the definite outsiders for this tournament.

The team so far is as follows:

The international team is the underdog in this competition, with slightly higher odds at 3.55. They’re not expected to win, but the chances of a tie are actually the largest odds. This makes sense when you consider that, out of 12 tournaments, there has only been no winner on one occasion. Odds on a tie can be found for 13.00!