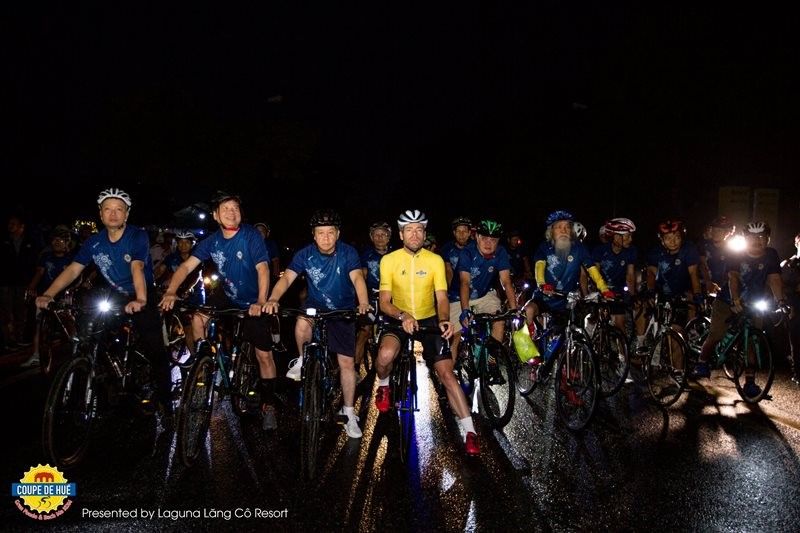 The Australian star, who finished in the Top 10 of eleven Grand Tours and triumphed in the world’s most famous road cycling race in 2011, said he was “blown away” by the experience of competing in the 2019 installment of the contest, a two-day event labelled “Vietnam’s toughest road race”.

This year’s edition of the race was postponed as a result of the global pandemic. But the legendary cyclist will return to Vietnam in 2021 to add further lustre to a meet that is already gaining kudos on the global stage after agreeing to host the next three instalments of the race.

“From a rider’s perspective, the Coupe De Hue is just totally unique,” said Evans. “One minute you are cycling on flat, fast roads past rice paddies and water buffalo, the next minute you are climbing hard up mountains covered in pristine jungle. It’s really exhilarating.”

Evans’ involvement developed following his stay at Laguna Lang Co Resort, one of Asia’s top integrated resorts and which has been a sponsor and driving force behind the Couple De Hue since its inauguration back in 2018.

The Coupe de Hue, managed by Les Walters, Director of Activities at Laguna Lang Co and the visionary behind the brutal Bach Ma King of the Mountain race, is a 2 stage 2 day road race. Stage 1 comprises an average gradient of 8.3% for 15.2 kilometers, whilst the Stage 2 Gran Fondo comprises a ride of either 70km or a 140km, bringing a total of 3100m of climbing over 155km for the bravest riders.

Now, with Evans onboard, the resort is putting in place a five-year plan to establish the Coupe De Hue as a “must-ride” in Southeast Asia and a fixture on the first-class global race calendar.

“Having Cadel as an official ambassador for the Coupe De Hue is a huge leap for cycling and sports tourism in Central Vietnam and is a testament to the high-quality riding in this undiscovered region,” said Walters.

In addition to supporting the Coupe De Hue, Laguna Lang Co will be working with Evans to grow the appeal of cycling within Central Vietnam by developing grassroots initiatives such as cycling camps and training programs year-round. It will also enlist Evans to help grow broader cycling experiences in the region including the resorts own Mountain Bike Tracks and other cycling adventures.

With the area rich in scenery, history and culture, competitors are constantly rewarded during the epic climb to the summit of Bach Ma mountain and again whilst pedaling through Hue, Vietnam’s former imperial capital, and finish line for the Coupe De Hue.

“Combining Vietnam's natural beauty with sustainable sports tourism events is who we are at Laguna Lang Co and this event aligns perfectly with our Banyan Tree Groups ethos for wellbeing and quality lifestyles. Using a zero emissions event to showcase the majestic wonders of Bach Ma National Park as well as the ancient city of Hue could not be a better match” added Walters.