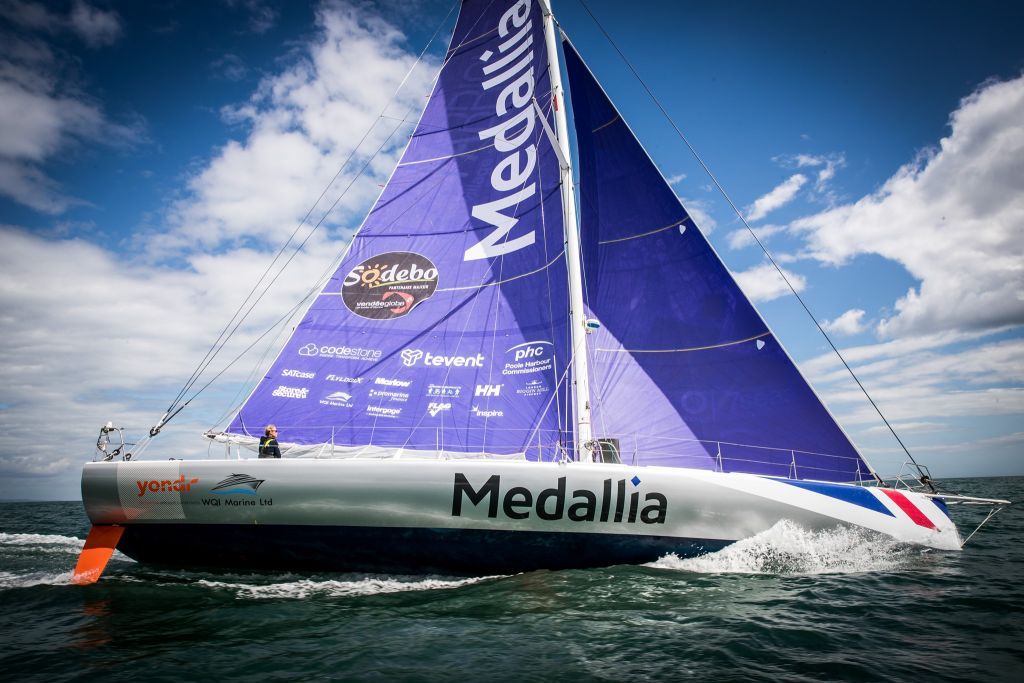 Medallia supports Pip Hare in her attempt to sail single-handed, non-stop around the world as a competitor in the 2024 Vendée Globe.

Pip Hare says: “Medallia and I have had a fantastic partnership over the last year – the team made a huge difference to my 2020/21 Vendee Globe race when they joined my campaign just five months before the start of the race. Having them with me now, at the very start of my 2024 campaign and nearly four years before the start gun fires is brilliant. We now have time to deliver a comprehensive program of training, upgrading and finessing and I can’t wait to see what Medallia and I will achieve together in the lead up to the next Vendee.”

“Everyone at Medallia is immensely impressed with Pip’s strength, relentless spirit, and compelling story – but her journey is far from over,” said Leslie Stretch, Medallia President & Chief Executive Officer. "We are proud to continue to stand with her as she faces new challenges, and help her connect with her dedicated supporters in novel ways through our technology.

Hare and Medallia already have one successful Vendee Globe race under their belts. In the 2020/21 edition of the iconic race, Pip pushed hard in one of the oldest boats in the fleet to finish 19th overall. She fought through ocean storms, replaced a broken rudder in the Southern Ocean and dealt with an allergic reaction to a jellyfish sting. She became only the 8th woman to ever complete the race.

Hare says: “This Vendee Globe was everything I hoped it would be and more – it pushed me to my limits and beyond. But to me, this has always been at least a two-race campaign and my sights were firmly set on the 2024 race. This last edition was where I learned how to race solo round the world and honed my skills. Now I know what it takes, and I’ve got over three years to prepare my boat, my team and myself. I was proud of my performance this time round – but in 2024 I want to race and compete with the leading pack. I’ve always said solo sailing makes me be the best version of myself – with Medallia’s backing, I’ve got a real opportunity to see just how good I can be in this sport.”

Pip’s campaign is already off to a good start - Medallia’s support means the team have secured a 2016 IMOCA 60 racing yacht.

Pip says: “I’m delighted to be taking on what was formally Bureau Vallee. This is an amazing boat that will help me step up to the next level. As a foiling boat, it will mean I’ve got the modern technology I need to race at the front of the pack – and that’s exactly where I want to be.

“I’ve always said solo sailing makes me be the best version of myself – with Medallia’s backing, I’ve got a real opportunity to see just how good I can be in this sport.”