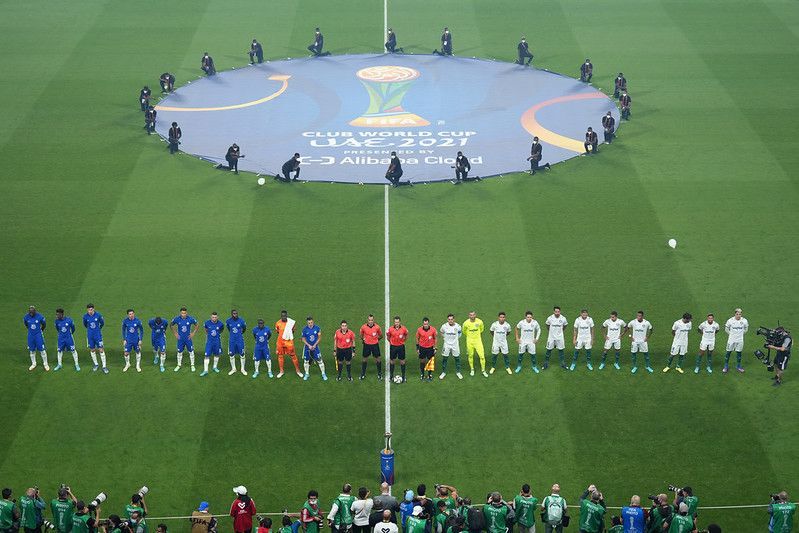 Qatar Airways extends its congratulations to Chelsea F.C. for clinching the FIFA Club World Cup UAE 2021™ title, which took place on Feb. 12 in a highly competitive final against SE Palmeiras.

Qatar Airways, the tournament’s Official Airline Partner, was present at Mohammed Bin Zayed Stadium in the UAE for a special prize distribution ceremony.

Qatar Airways Group Chief Executive, His Excellency Mr. Akbar Al Baker, said: “It was exciting for Qatar Airways to have once again been the Official Airline Partner of this star-studded competition. We witnessed an incredible performance that was deserving of such a thrilling final. I would like to congratulate Chelsea on their victory and also praise Palmeiras for their valiant performance.

“Qatar Airways successfully sponsored the previous FIFA Club World CupTM tournaments from as early as 2017. We will proudly be the Official Airline Partner for the upcoming FIFA World Cup Qatar 2022TM, where fans from around the world will be able to experience a truly unique and hospitable service on board our flights.”

With only a few months until the highly anticipated FIFA World Cup Qatar 2022TM, football enthusiasts from around the world can now book travel packages, with flexible booking options. Fans can book seats for their preferred matches and support their favourite team by selecting from seven-tiered travel packages that include return flights, match tickets, and accommodation options at qatarairways.com/FIFA2022.

This was the fifth time that the airline was involved in sponsoring the tournament, having sponsored the 2017 and 2018 editions, which took place in the UAE. Subsequently, Qatar hosted the two consecutive FIFA Club World CupTM tournaments in 2019 and 2020. Liverpool F.C won the title in 2019 against Flamengo during a memorable game that drew thousands of fans to Qatar’s shores. In the following season, FC Bayern München defeated Tigres UANL and took home the champions’ title.

In December 2021, the FIFA Arab Cup Qatar 2021TM demonstrated yet again the country's readiness for the grandest upcoming stage in world football, the FIFA World Cup Qatar 2022TM. Qatar Airways congratulated Algeria on lifting the prestigious trophy and fans were left with a poignant ‘au revoir’ with screens at the final displaying the airline’s key messages ‘The World’s Best Airline’ and ‘See You in Qatar 2022’.

Last year, Qatar Airways sponsored the 2021 CONCACAF Gold Cup and the UEFA Euro 2020™, and has a robust global sports partnership portfolio including football-governing bodies such as FIFA, CONCACAF and CONMEBOL. The airline also sponsors some of the world’s biggest football clubs, including Al Sadd SC, Boca Juniors, FC Bayern München and Paris Saint-Germain.

The national carrier of the State of Qatar continues to rebuild its network, which currently stands at over 140 destinations. With more frequencies being added to key hubs, Qatar Airways offers unrivalled connectivity to passengers, making it easy for them to connect to a destination of their choice.