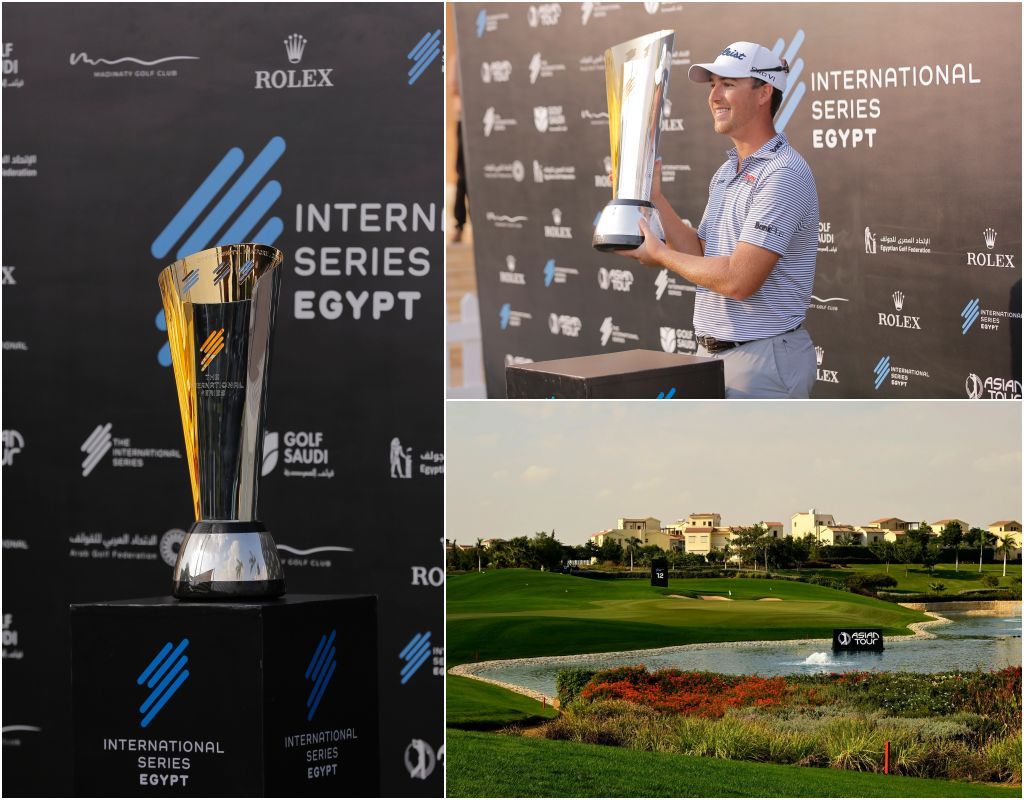 The former amateur star shot a final round of eight-under-par 62 to finish at the top of the leaderboard, just ahead of Austria’s Bernd Wiesberger, who shot 63.

“Never in our wildest dreams would we have expected the Asian Tour to be playing golf at the foot of the pyramids, but it became a reality and a wonderful experience for all involved, helped in a big way by the team at Madinaty Golf Club,” said Cho Minn Thant, Commissioner & CEO, Asian Tour.

“The club proved to be an outstanding venue, something that our members repeatedly said throughout the week. The course lent itself perfectly to a tournament of this scale, which is a testament to the hard work and commitment of everyone at this very special venue.

“Madinaty went the extra mile by building a driving range for us and put in extra effort to present the golf course in immaculate condition. Several of the players and officials mentioned that the course was the best paspalum course they had ever seen.”

Madinaty Golf Club, managed by Troon, has played an active role in the local golf scene since it’s opening; from championing golf for everyone, through initiatives that provide inclusive access to the golf course, introductory clinics for men, woman and children, and activities like Footgolf, to hosting events including the Egyptian Amateur Championship.

“When Robert Trent Jones, Jr. first attempted to design a golf course at the foot of the pyramids in the 1970’s, it did not work out. So, he was especially grateful to have a second opportunity when TMG commissioned us to build the course at Madinaty," said Trent Jones, COO, Robert Trent Jones II Golf Course Architects.

"We are very proud to have been associated with such a successful inaugural event on the Asian Tour, held on an impeccably conditioned golf course. Thank you to Troon Golf for making the course shine to a worldwide audience.”

Judging from the course’s condition during the tournament itself, it was clear that the agronomy team had taken the challenge to present the course in tournament worthy conditions, with players including Ogletree praising the golf course for its spectacular condition.

Josh North, General Manager of Madinaty Golf Club commented, “'I'm extremely proud of all the team's efforts in preparing for the Asian Tour International Series, Egypt. The agronomy team has been working diligently for the past few months with the support of our Troon International corporate office to offer the players a fair but challenging experience. The course peaked beautifully during the week with the overseeded rough areas providing a contrast to the paspalum fairways and greens. This experience, the first of its kind in Egypt, will hopefully be the catalyst for future professional events and we look forward to continuing our relationship with the Asian Tour and the 2023 edition.”