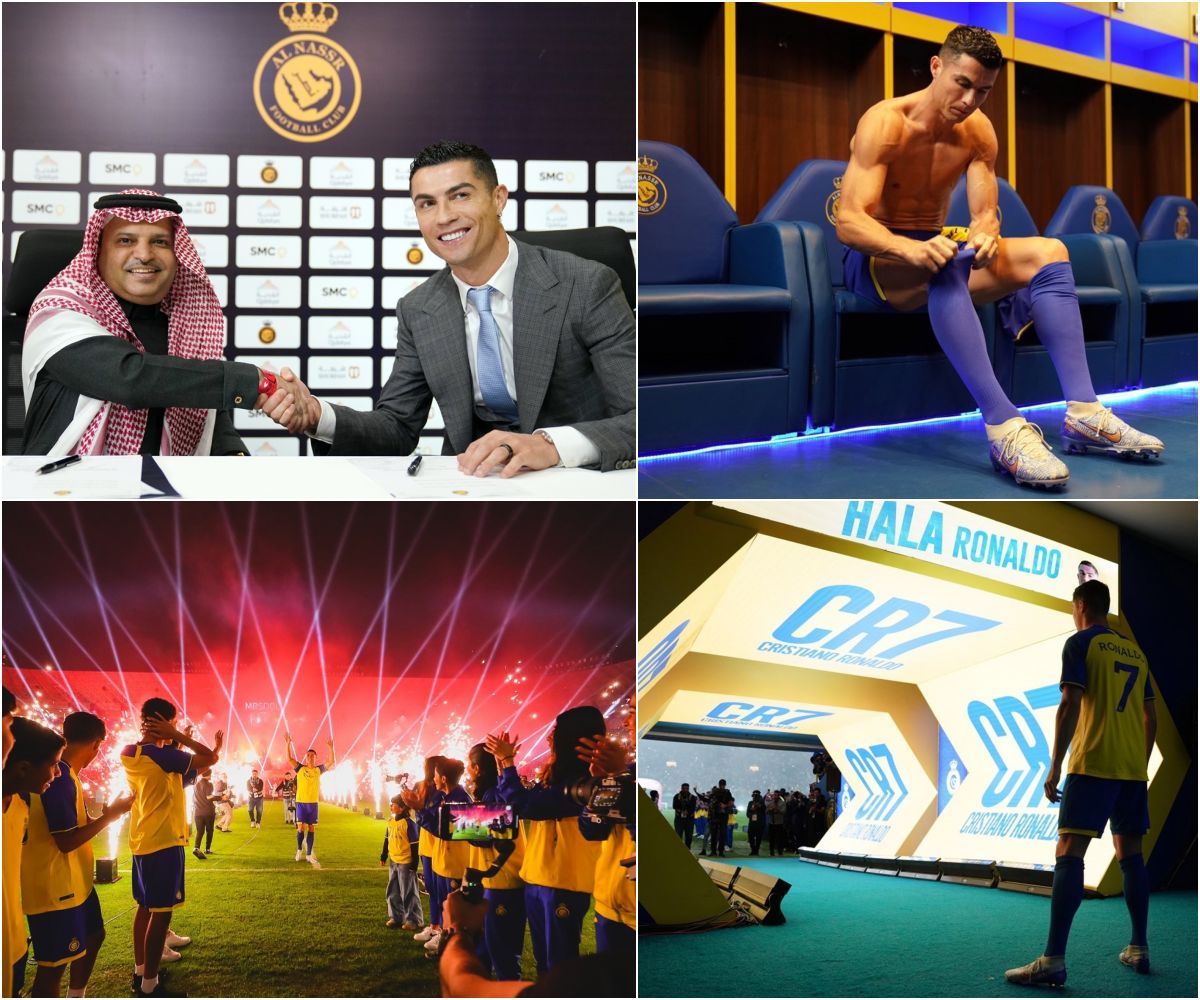 "I can say now that many opportunities in Europe, many clubs in Brazil, in Australia, the US, and even in Portugal, many clubs tried to sign me but I gave my word to this club," Ronaldo said at Riyad's Mrsool Park stadium.

Ronaldo also hit back at criticism by some of his choice to play at Al-Nassr.

"This is not the end for me. The Saudi Arabian Pro League is very competitive. I know people don't know that."

The 37-year-old said that after beating all the records in Europe he wants to break some in Saudi Arabia as well, adding: "This contract is unique because I'm a unique player as well."

Ronaldo wore the yellow jersey of Al Nassr and walked out onto the pitch, where he received a warm welcome from approximately 25,000 fans.

He signed balls and kicked them high into the crowd. The star player later met his teammates in the changing room.

"I just want to say I feel very happy to be here. It's a big challenge for me to change from Europe to Asia but I know the group and it's fantastic," Ronaldo said.

Ronaldo is a five-time UEFA Champions League winner, including four with Real Madrid and one with Manchester United.

He led Portugal to the UEFA EURO 2016 title.

Ronaldo moved to Al-Nassr on a free transfer and will wear the no. 7 jersey.

Fans who want to watch Ronaldo have to subscribe the VIP Sports package of the leading Arabic language streaming platform Shahid.

Ronaldo could make his debut for Al Nassr on Thursday against Al-Ta'ee.