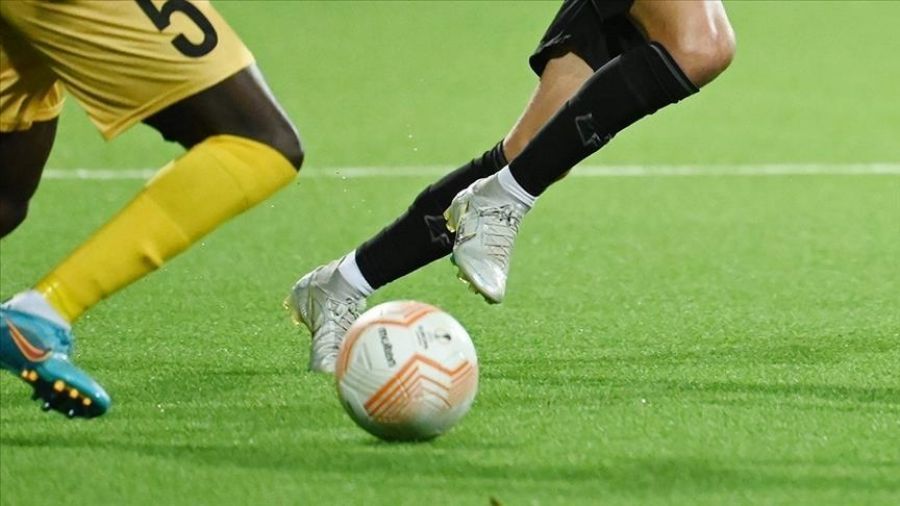 In 2022, there were many major sporting events that fans had their eyes on, with the FIFA World Cup being the main attraction at the end of the year.

During the World Cup, many international stars were under the spotlight, as Mbappe vs. Messi final showdown delighted the fans.

Despite losing the FIFA World Cup final to Messi-led Argentina, French star Kylian Mbappe had a consolation title, being the highest-earning footballer of 2022, according to Forbes.

Kylian Mbappe became the highest-earning footballer of 2022 with total earnings of $128 million, $110 million of which was earned on-field.

The Paris-Saint Germain (PSG) star attacker rose three spots in the list as he was placed fourth in 2021 with approximately $43 million.

The 24-year-old World Cup finalist topped the list in front of his teammate Lionel Messi.

Mbappe joined the Parisians in July 2018 from AS Monaco with a transfer fee of around €180 million ($191 million). 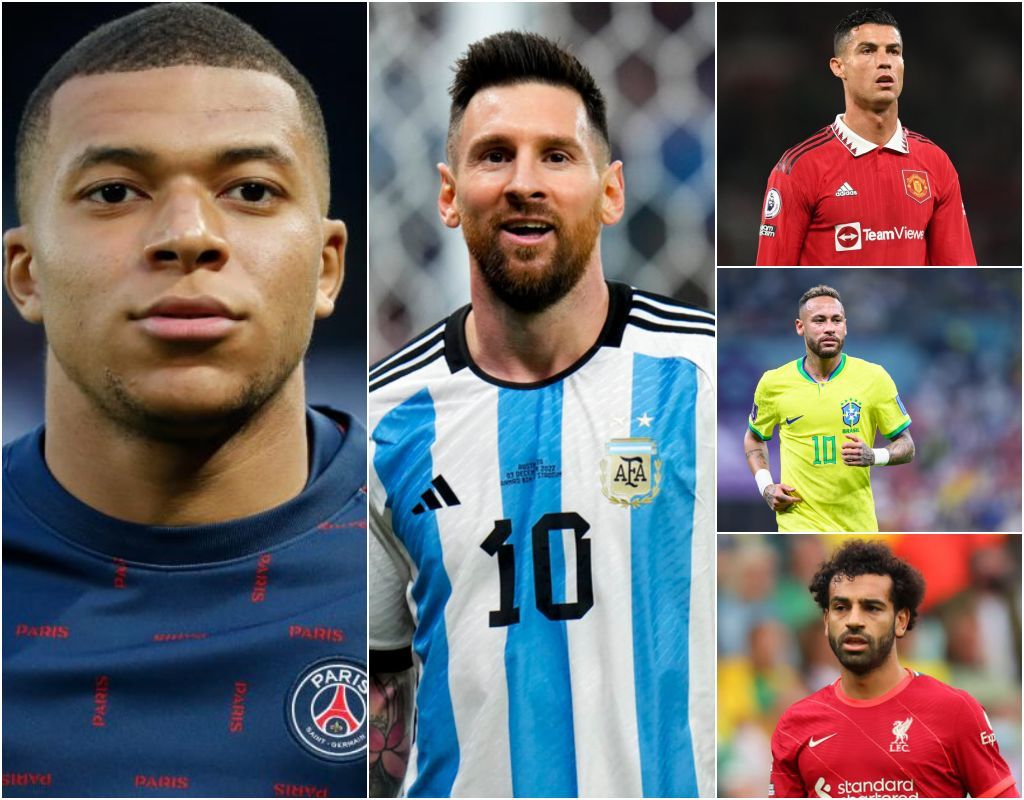 Lionel Messi, who became the second-highest-paid player of 2022, definitely left his mark in the past year.

He bagged his maiden FIFA World Cup with Argentina in Qatar 2022 to secure the only "prize" missing from his trophy room.
With the historic final win against France, he now owns every top-tier title, including the Copa America, UEFA Champions League, UEFA Super Cup and FIFA Club World Cup.

Messi earned $120 million to keep his spot on the list for 2022, as he also placed second with $110 million the previous year.

The 35-year-old joined PSG from Barcelona in 2021 on a free transfer.

The 37-year-old earned just $60 million of the sum off-field and became the record holder of 2022 in this field.

The 30-year-old Brazilian, who joined the Parisians with an all-time record fee of €222 million from Barcelona in 2017, became the fourth highest-paid player of 2022.

Neymar earned $87 million and moved down one notch from the previous year's list, in which he was third with $95 million. 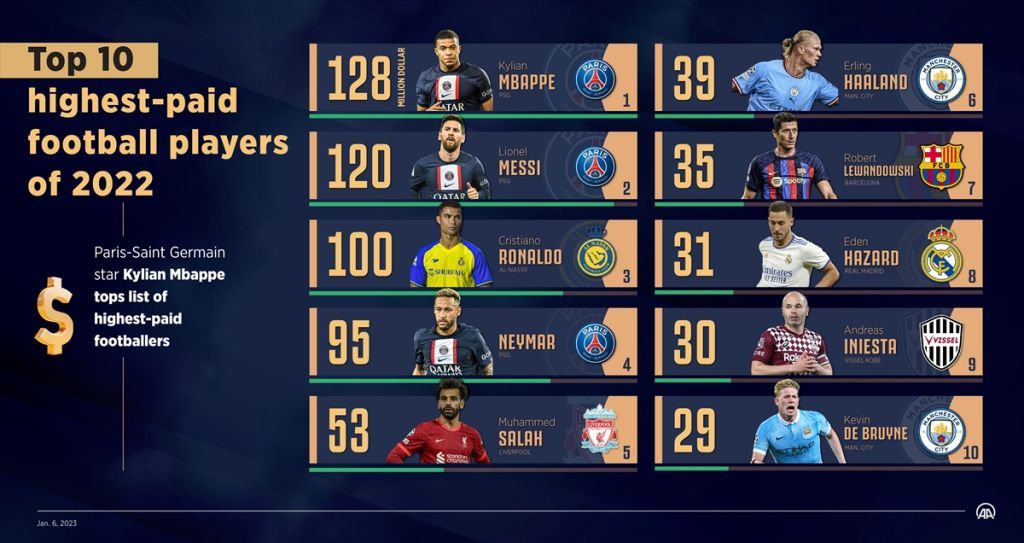 Liverpool's Egyptian star Mohamed Salah earned $53 million in 2022 to be placed fifth on the list.

The 30-year-old, who joined Liverpool from Serie A side Roma in 2017, netted 16 goals and made six assists in 25 matches despite Liverpool's sub-par performance this season.

Salah held on to the fifth spot on the list he occupied the previous year.

Rising Norwegian star Erling Haaland made one of the biggest transfer moves of the past year with his July 2022 move to Manchester City from Borussia Dortmund.

He made the biggest entry, as he was absent from the 2021 list.

Barcelona's most popular signing of 2022 was possibly Robert Lewandowski's move from Bayern Munich in July.

The Polish star scored 18 goals in 20 matches for Barca this season, making his transfer look worth it.

The 34-year-old was paid $35 million and became the seventh most-paid footballer of the year.

He declined one spot from 2021's list, as the previous year, he earned about the same amount as 2022 but was placed sixth.

Real Madrid's Belgian star Eden Hazard joined Los Merengues from Chelsea after Cristiano Ronaldo's departure with a transfer fee of around €115 million in 2019.

His performance at Real Madrid was far from his good old Chelsea days and he could only net six goals in 72 La Liga and Champions League matches combined in the last four seasons.

But despite his disappointing performance, he made the top 10 on the list of highest-earning players in the last two years.

Barcelona legend Andres Iniesta stayed in the game despite being 38 years old.

He has been playing for the Japanese club Vissel Kobe since 2018 and has shown no signs of retiring.

Iniesta earned $30 million in 2022 to become the ninth-highest-earning player of the year.

The 31-year-old, who has more than 10 brand deals to help his finances, made 10th place in his top earners' debut this year.

He joined the Citizens in 2015 from German side Wolfsburg and since then has become an integral part of the team, which bagged four English Premier League titles with his help.