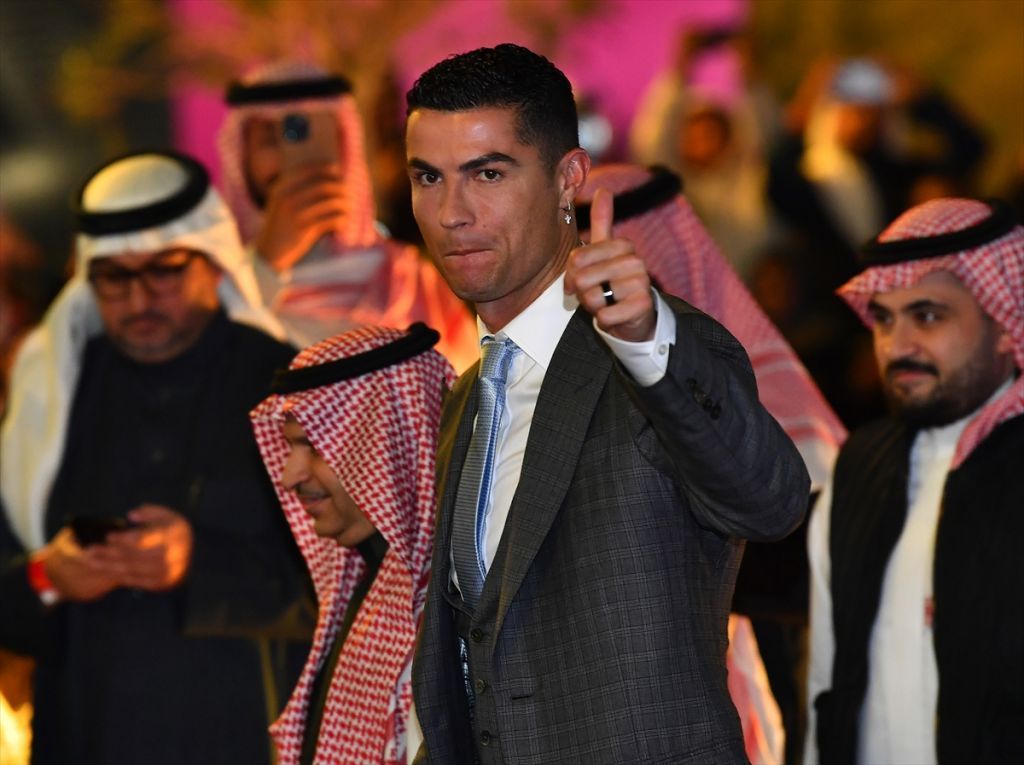 As the new year brought fresh opportunities for teams to strengthen their squads, a record-breaking deal put Cristiano Ronaldo at the top of sports’ highest-paid stars.

Here are the highest-paid athletes:

Cristiano Ronaldo fixed the contract price with Saudi Arabian club Al Nassr for the next 2.5 years at $214 million.

The 37-year-old Portuguese football icon became the highest-paid earner in the sports world after moving to the 18-time Saudi champions.

"This contract is unique because I'm a unique player as well," Ronaldo said during the signing ceremony. "This is not the end for me. The Saudi Arabian League is very competitive. I know people don't know that," he added.

In November, Ronaldo became a free agent after his contract with England's Manchester United was terminated by mutual agreement over his disputes with club manager Erik Ten Hag.

Ronaldo is a five-time UEFA Champions League winner, including four with Spain's Real Madrid and one with Manchester United.

Lionel Messi is one of the most famous athletes in the world, and his earnings on the football pitch reflect that.

The 35-year-old Argentinian said goodbye to Barcelona following the 2020-21 campaign after spending his entire career with the Spanish club.

But he failed to lead France's Paris Saint-Germain to the UEFA Champions League title after signing an excellent deal.

Prior to his move to the French club, Messi had an estimated net worth of $675 million, which means he earns up to $168.5 million per season.

Messi added the final piece to his trophy collection by winning the 2022 World Cup title in Qatar.

In 2022, the Phoenix Suns' Devin Booker signed a record-setting four-year $224 million supermax extension deal that keeps him until the 2028 season.

Three-time NBA All-Star led the Suns to the 2021 NBA Finals.

In the same year as Booker's extension contract, Karl-Anthony Towns signed a four-year $224 million supermax extension with the Minnesota Timberwolves.

Since starting in the league in 2009, Curry has been with the squad when the Warriors won four-time NBA championships and has also been an eight-time NBA All-Star.

10 most expensive transfers in sports history, ranked on a yearly basis

*NOTE: Athletes who compete in individual sports like boxing, tennis, and golf were not included in the list as their earnings are based on their success in competitions.