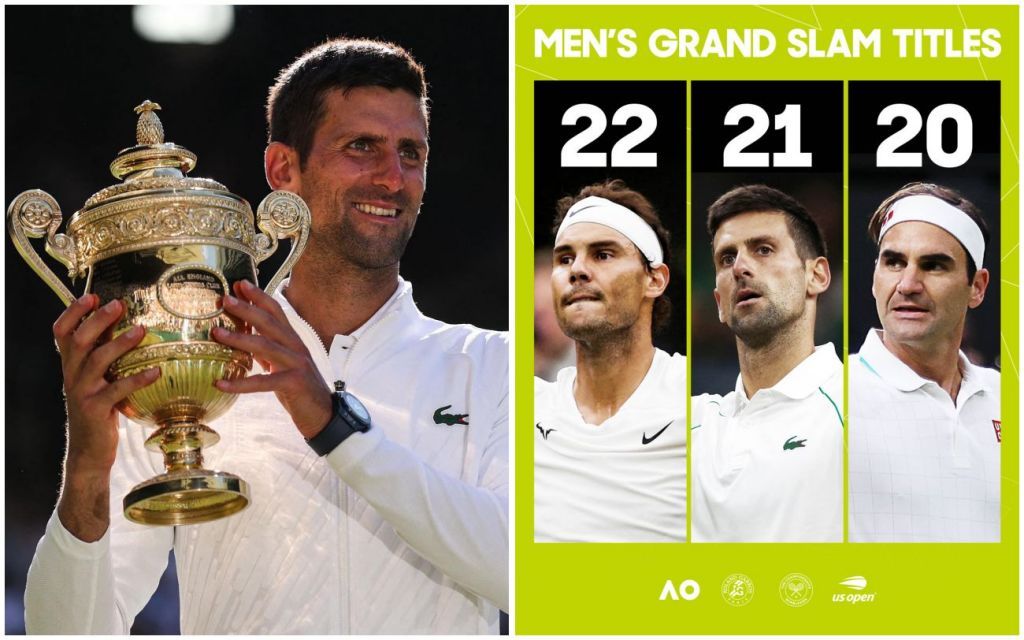 Australian Open 2023 players will not be required to take COVID-19 tests and will be able to play even if they had the virus, said the head of Tennis Australia on Monday.

"We’ve made it clear to our players, as well as our over 12,000 staff. We ask ... if anyone is feeling unwell, stay home,” Australian Open Tournament Director Craig Tiley said.

"It’s a normalized environment for us and, not dissimilar to cricket, there will potentially be players that will compete with COVID."

Tiley added that it would be up to the players to reveal to the organizing body if they had tested positive for COVID-19.

The move clears the way for Serbian tennis legend Novak Djokovic, 35, who holds the record for most men's singles title win in the Australian Open, to compete this year.

He was unable to compete in Melbourne in the 2022 Australian Open, after being deported from Australia due to his COVID-19 vaccination status.

The world’s best tennis players will be competing for more than AUD $100 million in prize money this summer.

The historic-high prize pool is a result of a record $76.5m for the Australian Open 2023 (a 3.4 percent increase) as well as the addition of the lucrative new United Cup event.

“It is critical to the continued success of the Australian tennis summer that we provide strong and relevant playing opportunities and ensure that the best players in the world are compensated appropriately. We want to ensure Australia is the launchpad for the global season and that we see as much of them as possible. They inspire us all to engage in this great sport as well as inspiring future generations,” added Tiley.

The Australian Open is set to make its epic return to Melbourne Park on 16–29 January 2023. It will be a three-week extravaganza of tennis and entertainment, with the first bounce of AO qualifying set for Monday 9 January. Book your hotel room in Melbourne today!

While the main draw gets underway on Monday 16 January, throughout the lead-in week fans will have more opportunity than ever before to see their favourite players up-close in practice, as well as follow the stars of the future as they battle it out to qualify for a chance at Grand Slam glory.

The competition in qualifying is fierce, with just 16 spots in both the men’s and women’s draws up for grabs, and it’s an incredible opportunity to see the stars of the future in action.

The busy AO lead-in week schedule includes all 224 qualifying matches, open-practice sessions and culminates in the incredibly popular Kids Tennis Day presented by Emirates, which is back bigger and better than ever after a two-year hiatus.

Kids Tennis Day will again feature activities and entertainment for kids of all ages across the site. In the morning there will be an Arena Spectacular at Rod Laver Arena, where kids and adults alike will be wowed by awe-inspiring performance of acrobatics, dance, an array of awesome circus talent, alongside some of the world’s best players who will join in the fun.

Access to the AO Ballpark can be booked at no extra charge when purchasing tickets to ensure a great experience for kids of all ages.

Tickets are on sale at ausopen.com/welcomeweek.