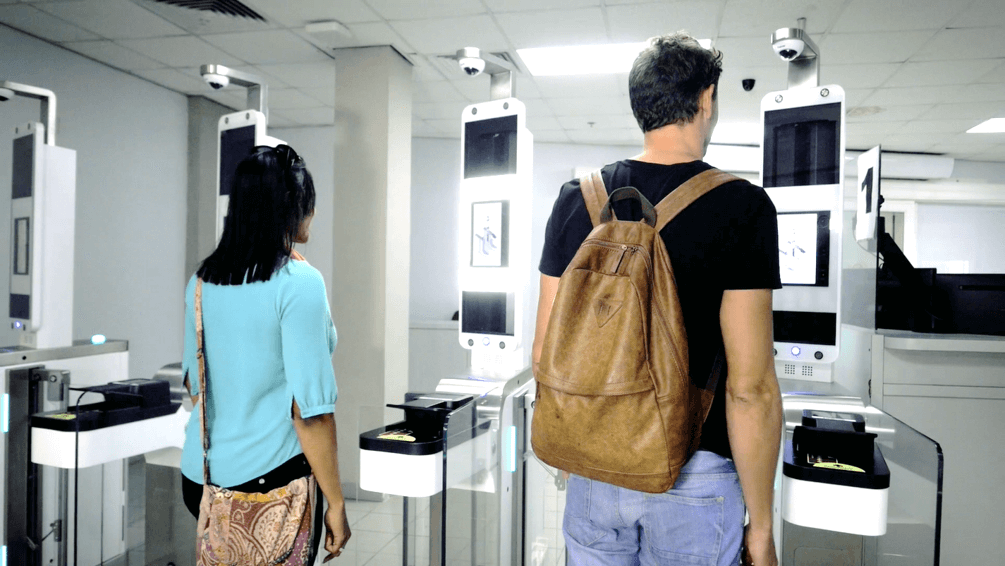 A new poll shows frequent flyers are embracing the use of facial recognition technology to improve security and reduce time spent waiting in lines. Conducted online between May 6 and June 14, 2019, the survey polled 1,955 frequent flyers and has a margin of error of 2.2 points with a 95 percent confidence level.

Survey respondents are self-identified members of frequent flyer programs including those of at least three of the top major airlines operating in the United States. Nearly a quarter of respondents said they take more than 10 flights per year.

According to the survey, 75 percent of frequent flyers said they would favor the use of facial recognition to identify both foreign and domestic travelers. Nearly 87 percent said they would approve of the use of facial recognition to identify criminals and terrorists and protect the air travel system. In addition, passengers cited security and check-in lines as their top annoyances. More than 71 percent were willing to pay a $10 fee to bypass lines, while nearly 22 percent would embarrass themselves by singing a song to the security agent if it meant they could proceed more quickly.

"There's a need to balance security and efficiency in the travel environment," said David Fuscus, President of Xenophon Strategies which conducted the commissioned survey on behalf of NEC Corporation of America (NEC), a leading provider of biometric and artificial intelligence solutions.  "Facial recognition technology is working in airports around the world to address both problems at the same time."

"Airlines are reporting that they can board jumbo jets in about a third less time by using face recognition at the gate. Meanwhile, U.S. Customs and Border Protection reports they have been able to stop more than 100 imposters trying to enter the country on false documents. These successes would not have happened—and will not continue to happen—without facial recognition," said Mr. Fuscus.

In addition to these results, the survey showed that there is broad awareness and affinity for the use of facial recognition in air travel. More than 84 percent of those polled said they would opt-in to an "airport of the future" that used facial recognition to speed travel through the airport by reducing the need to stop and show paper documents for bag drop, check in, security, and boarding.

"There is enormous interest in facial recognition technology in the U.S. from airports, airlines, hotels, rental car agencies, and an array of other providers in the smart travel industry," said Raffie Beroukhim, Sr. Vice President of Advanced Recognition Systems for NEC. "This growth is fueled by positive feedback from travelers who are pleased with the experience and added sense of security they get from using biometric technology, as well as the efficiency experienced by the airlines. This survey reinforces the feedback we consistently get when the technology is launched at a new airport."

Nearly 78 percent of survey respondents indicated they were aware of facial recognition technology currently in use at airports for international travelers entering and exiting the country, while 48 percent knew of the biometric programs being implemented by airlines.

Frequent air travelers said they would like to see facial recognition improve the following aspects of their travel journey: