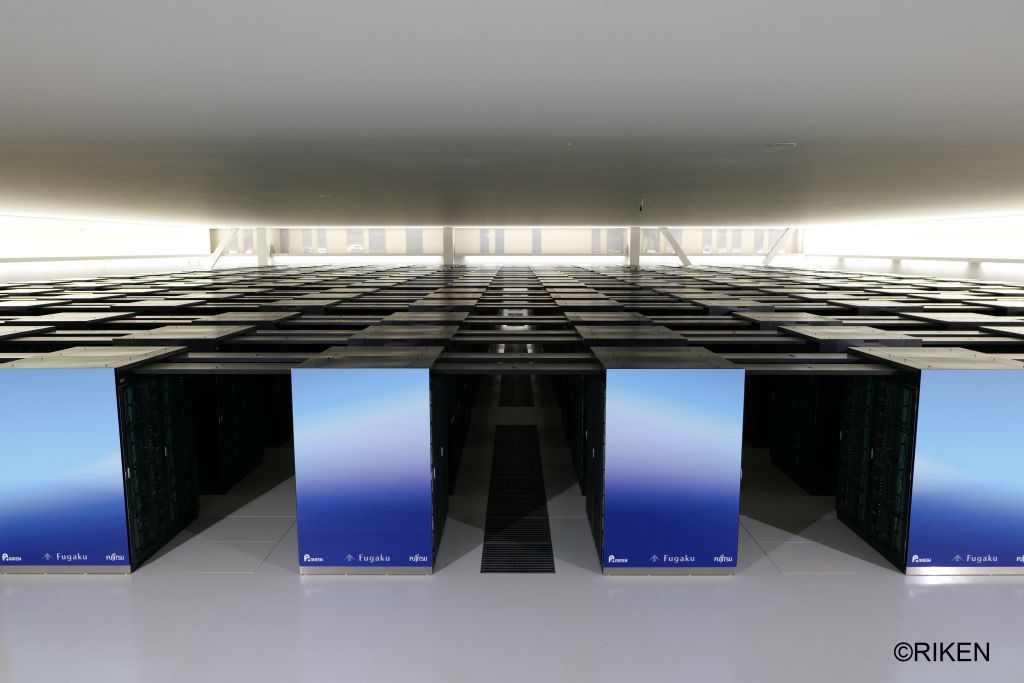 The supercomputer Fugaku, name after Mt. Fuji, installed at Riken Institute in Kobe claims title as the world’s most powerful supercomputer.

Fugaku outperformed all other supercomputers in the world in four separate categories that test processing power, including the Top 500 List’ calculation speed test, making it the first system to take the title of the world’s most powerful supercomputer in such an overwhelming fashion.

The successor to Riken’s supercomputer K, which took the title of the world’s fastest supercomputer in 2011, Fugaku brings the world number one title back to Kobe and Japan for the first time in nine years. The room-sized system will be used for a variety of scientific and other applications including, drug, aircraft, and car design, among others. Fugaku is capable of performing tasks that would have taken its predecessor K one year in a matter of days and is capable of testing tens of thousands of substances in a week.

More recently, the Riken Institute has allowed scientists and researchers to have early access to Fugaku ahead of its official launch to help diagnose and treat COVID-19. As of April, Fugaku’s massive processing power has been used to conduct advanced analysis on over 2,000 drugs that have the potential to treat COVID-19.

The presence of Fugaku at the Riken institute further strengthens Kobe’s already strong biomedical cluster. Located on the man-made Port Island, next to the Kobe Convention Centre, the Kobe Biomedical Innovation Cluster (KBIC) is Japan’s largest biomedical cluster, playing host to 369 medical and research organisations and institutes. The implementation of Fugaku demonstrates Kobe’s commitment to innovation and the development of cutting-edge technology that continues to propel the global medical industry forward. Kobe is the seventh-largest city in Japan and the capital city of Hyōgo Prefecture.