Electroland Returns to Disneyland Paris in 2020 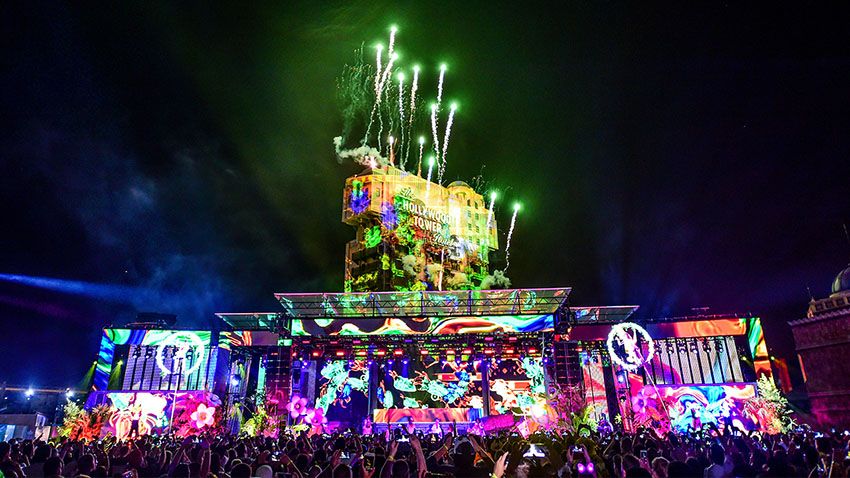 Disneyland Paris has announced that following the success of this year’s edition, Electroland will return to the resort the weekend of 4 July, 2020. This year, Electroland came back with the theme “Enter the Jungle”, inspired by The Lion King & Jungle Festival inviting guests to enjoy roaring DJ sets by Steve Aoki, Alesso, Armin Van Buuren and more!

Music lovers were thrilled by the 2019 Electroland edition, during three amazing nights, a first at Disneyland Paris.

The festival started big on opening night with the return of Steve Aoki. The DJ and Grammy-nominated American producer thrilled guests at the first-ever Electroland in 2017, and now he was back with a hypnotic new show! He joined forces with Australian sisters NERVO, famous for their collaborations with Afrojack, Kylie Minogue, Ke$ha, Miley Cyrus and many more. They’ve been joined by Dutch group Showtek and Belgian DJ The Magician.

The party started up again the next day with Alesso, one of the world’s most influential DJs, producer and all-around entertainer. Alesso was always highly in demand at the world’s biggest festivals and got the place jumping in front of the Hollywood Tower Hotel. One of the most influential Dutch performers of his time, Nicky Romeroalso wowed the crowds at Walt Disney Studios Park. Spanish DJ B Jones – often spinning the decks in Ibiza – and British DJ Jax Jones also offered an unforgettable show.

The last night in the jungle at Disneyland Paris was hosted by record-breaking five-time Best DJ in the World Armin Van Buuren! He was joined on the last night of Electroland by French DJ Feder, Dutchman Fedde Le Grand and deep house diva Nora En Pure.

Electroland has not finished surprising you! Get ready to be dazzled again by the 2020 edition on the weekend of 4 July next year! Save this date now, and go to Electroland’s official Instagram or Facebook page to find out everything about the most extraordinary theme and line-up of the moment!

“Electroland is an event for people who adore music and Disney. It’s a high-class music festival with the best DJs providing the dream soundtrack in a theme park for a unique experience. Electroland is one of a series of extremely successful live events like Disneyland Paris Run Weekend, Disney Loves Jazz, Magical Pride or theDisney Halloween Parties, all offering our guests a chance to experience Disneyland Paris like never before,” says Gustavo Branger, Vice President, Disneyland Paris Events Group.