Casino da Madeira: What It Means To Have Fun 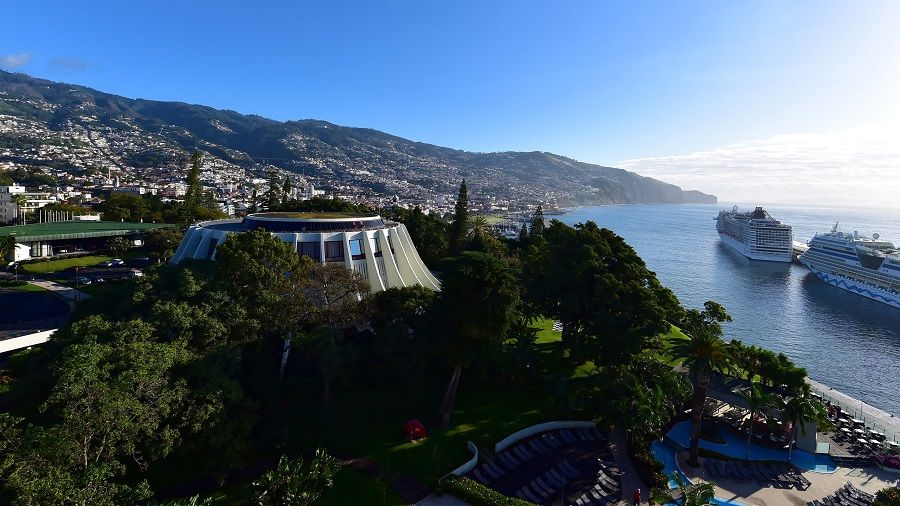 Casino da Madeira can be found in a superb location, the Island of Madeira. The casino is only 5 minutes from the center of Funchal, and 23 km from the airport. This means that the place is at about 25 minutes away with the car.

A part of Casino da Madeira has been founded on an original idea by renowned Brazilian Architect Oscar Niemeyer. The building was executed by the illustrious architect of the Escola do Porto, Alfredo Vianna de Lima. The venue includes the Casino, the Pestana Casino Park Hotel and the Congress Center. The complex is very impressive and in 1985 it was acquired by Pestana Hotel Group.

In the year of 2007, Oscar Nyemeyer has celebrated his centenary year and Casino da Madeira went into renovation. The remodeling project was conducted by the Brazilian architect, Jaime Morais, where he maintained the Niemeyrian spirit. After more than 40 years since the venue’s inauguration, the building remains one of the jewels of the Pestana Hotel Group in Madeira.

Casino da Madeira has a gaming room that offers a series of options, from American Roulette, Poker, Punto y Banca, Blackjack, to Electronic Roulette, Keno, Poker, Rolls and 200 slot machines. The most sought games are video games that can be found on more technologically advanced platforms. The most popular games in the casino are table games like roulette and blackjack. When comes to entertainment, Casino da Madeira occupies a unique place, because it offers a wide range of events. The events are frequented by locals and tourists, who seek to have a good time.

Casino da Madeira is close to the capital of Madeira Island, the Port of Funchal. During the cruise season, which usually happens from March till October, it is common for the ship’s crew to come at the casino. The casino opens its doors at 3 pm and only the crew members of the cruise ships that stay overnight can visit the venue. Overall, the cruise ships are a vital part of the island’s economy.

The casino’s slogan is “Where Everything Happens” and it means that the casino is for everything and everyone, from parties to entertainment and dining venues. Besides the gaming room, there are two restaurants, three bars, a nightclub, a multifunctional space and a congress center.

The sound system is powerful with lighting and video-projections system being excellent. The nightclub is the perfect scene for lively nights with themed parties and best DJs. Outside the nightclub is the Garden, which is an extension of the club. Here guests can listen to electronic music.

Besides entertainment and luxurious restaurant, Casino da Madeira also has a congress center, The Madeira Congress Center which is comprised of an Auditorium and a Conference Room. Each year the congress center hosts hundreds of national and international shows. The last conference that took place was related with the Future itself called “Innovation & Future Conferences” which was a great opportunity to learn about the Digital Revolution.

Casino da Madeira loves the idea of welcoming tourists in their casino, however most of their guests are locals and only 15% are tourists. The venue is working hard to improve, especially on their events. The casino is following the trend of Las Vegas, where Casino da Madeira introduced a series of outdoor parties, where it is aimed to capture a new type of guests who look for new emotions. However, the rooftop of Casino da Madeira has been too small for the huge demand that these events have.

One of the most highlighted events of the year is the obvious New Year’s Eve festivities, where in 2006 was recognised in the Guiness Book of Records. During the month of December, the arrival of decorative lights of Funchal’s city center marks the beginning of Madeira Christmas and End of the Year Festivities program. By this time, Madeira is full of tourists and the Casino da Madeira is the right place to be.