State of emergency declared in Venice after flooding 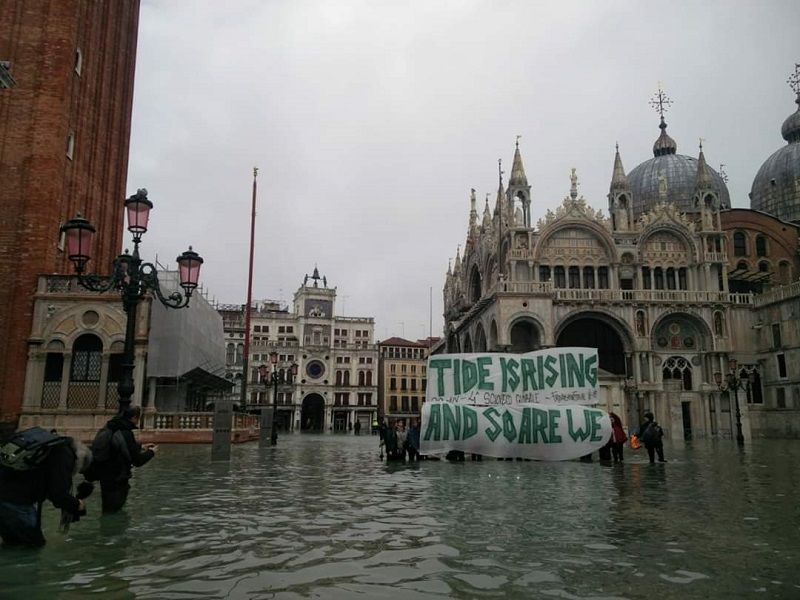 Italy declared a state of emergency in Venice after the city was hit by the highest tide in 50 years.

Flooding in Venice hit the second-highest levels ever recorded in history, and the historic canal city braces for yet another wave on Friday.

The crisis, driven by bad weather, has prompted the government to release 20 million euros ($22 million) in funds to tackle the devastation.

The water was expected to reach 1.5 metres (5 feet) mid-morning on Friday as strong storms and winds batter the region -- lower than Tuesday's peak but still dangerous, local officials said.

Eighty-five percent of Venice is flooded, including St. Mark’s Square (under over three feet of water) and St. Mark’s Basilica. Both are located at the lowest point in Venice. The water inside the basilica is said to have already created irreparable damage.

While several museums remained closed to the public during the week, many topped for their usual coffees at flooded bars, drinking espresso while standing in several inches of water.

Austrian tourist Cornelia Litschauer said, "For the tourists it's amazing, it's something to see. But for the people who live here it's a real problem".

The Locanda Al Leon hotel said its bookings had suffered from the international media coverage of the flood, with some guests cancelling their rooms after seeing images of Venice underwater.

Venice is home to a mere 50,000 residents but receives 36 million global visitors each year.