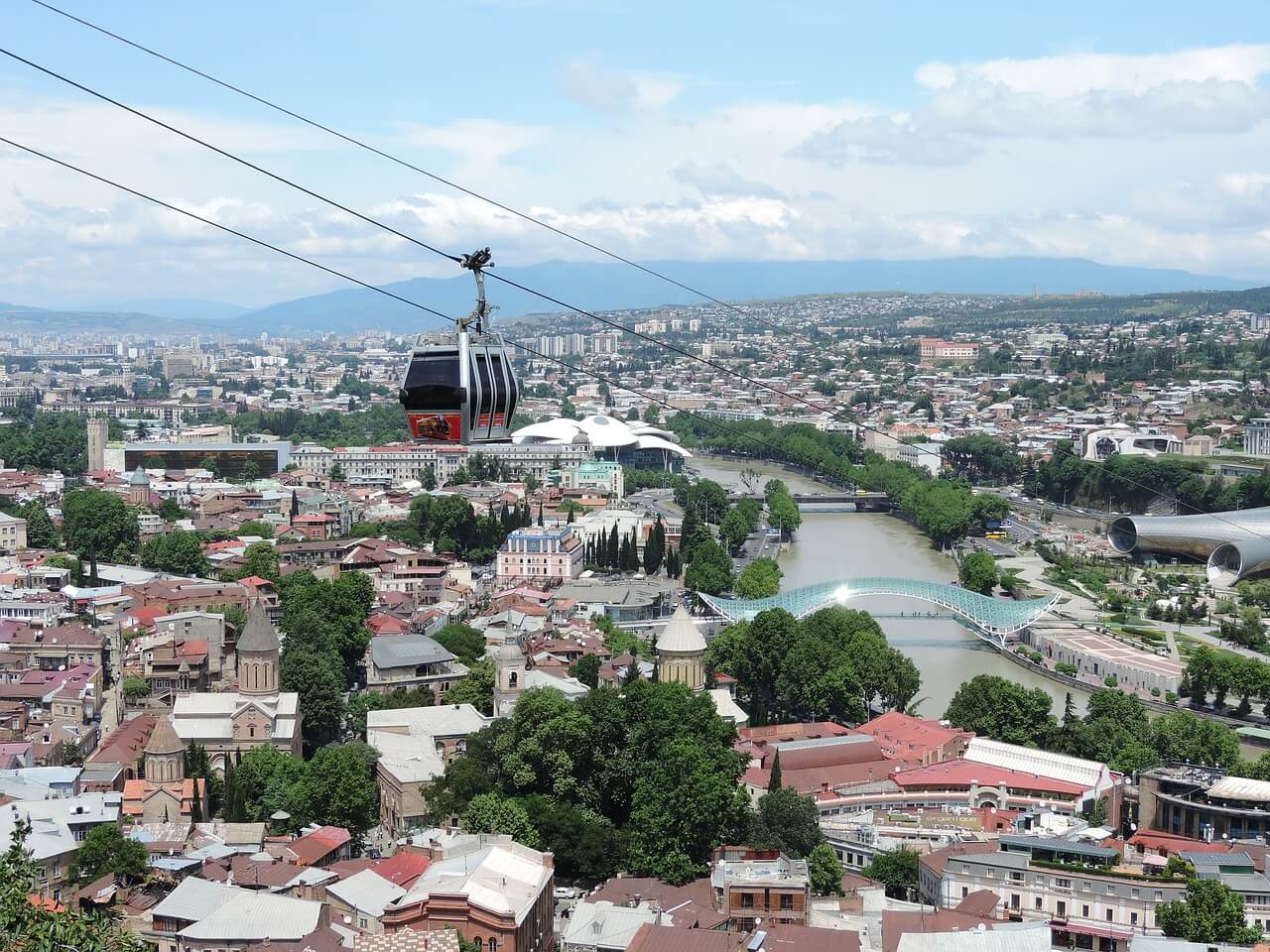 Tbilisi is generating a lot of buzz in Europe after breaking tourism records for the second year in a row. In 2018, Georgian capital hosted over 3.6 million people, an unprecedented record of tourists, which grew by 15.7% in the first three quarters of 2019.

The main increase in incoming tourism came mainly from Europe, as more tourists began to flock to the capital of Georgia. The five countries leading the growth rate of incoming tourism are Ireland (72%), Switzerland (45%), Germany (38%), Denmark (32%), and England (28%).

Festivities for this tremendous achievement began mid-December, as the city invested over 4 million Euros and countless man-hours in building a light spectacle to celebrate the New Year. And Georgia's capital does look magical for 2020 with all its impressive decorations.

The main Christmas Tree in Tbilisi is 25 meters tall and beautiful. Created by the Italian company IDO SRL, it's even more charming thanks to its resemblance to a regular spruce tree.

In an annual survey conducted by the Georgian National Tourism Administration, only 1.7% of visitors were dissatisfied with their stay in the city. Referred to as 'The city full of history', Tbilisi is known for its appreciation of history as well as its love of change. And there's something here for everyone. Most tourists enjoy shopping, the local cuisine, fine Georgian wine, and sightseeing.

The mayor has turned Tbilisi into the new city of lights in 2020 as he remains focused on pilgrimage from all over Europe.

The city's decorations will be cleared away on January 14th, when the city releases its official 2019 tourism data. Given the anticipated growing demand, the tourism record is expected to be broken once again in 2020 and an even more impressive light show for the new year will be planned. Tbilisi Officials will wait, check, and keep travelers posted.

Tbilisi is the capital and the largest city of Georgia, lying on the banks of the Kura River with a population of approximately 1.5 million people. Founded in the 5th century AD by Vakhtang I of Iberia, Tbilisi has served as the capital of various Georgian kingdoms and republics.

Kakha Kakhaber has served as a Mayor of Tbilisi since November 2017. A former footballer, he played for the Georgia national team from 1996 to 2011. He was voted Georgian Footballer of the Year in 2001–2003, 2006 and 2011 and was considered one of Georgia's most important players.