World Tourism Organization (UNWTO) has outlined three possible future scenarios depending on how the crisis unfolds.

The COVID-19 pandemic has caused a 22% fall in international tourist arrivals during the first quarter of 2020, the latest data from the World Tourism Organization (UNWTO) shows. According to the United Nations specialized agency, the crisis could lead to an annual decline of between 60% and 80% when compared with 2019 figures. This places millions of livelihoods at risk and threatens to roll back progress made in advancing the Sustainable Development Goals (SDGs).

UNWTO Secretary-General Zurab Pololikashvili said: “The world is facing an unprecedented health and economic crisis. Tourism has been hit hard, with millions of jobs at risk in one of the most labour-intensive sectors of the economy.

Available data reported by destinations point to a 22% decline in arrivals in the first three months of the year, according to the latest UNWTO World Tourism Barometer. Arrivals in March dropped sharply by 57% following the start of a lockdown in many countries, as well as the widespread introduction of travel restrictions and the closure of airports and national borders. This translates into a loss of 67 million international arrivals and about US$80 billion in receipts (exports from tourism).

Although Asia and the Pacific shows the highest impact in relative and absolute terms (-33 million arrivals), the impact in Europe, though lower in percentage, is quite high in volume (-22 million).

Prospects for the year have been downgraded several times since the outbreak and uncertainty continues to dominate. Current scenarios point to possible declines in arrivals of 58% to 78% for the year. These depend on the speed of containment and the duration of travel restrictions and shutdown of borders. The following scenarios for 2020 are based on three possible dates for the gradual opening up of international borders.

Under these scenarios, the impact of the loss of demand in international travel could translate into:

This is by far the worst crisis that international tourism has faced since records began (1950). The impact will be felt to varying degrees in the different global regions and at overlapping times, with Asia and the Pacific expected to rebound first.

Domestic demand is expected to recover faster than international demand according to the UNWTO Panel of Experts survey. The majority expects to see signs of recovery by the final quarter of 2020 but mostly in 2021. Based on previous crises, leisure travel is expected to recover quicker, particularly travel for visiting friends and relatives, than business travel.

The estimates regarding the recovery of international travel is more positive in Africa and the Middle East with most experts foreseeing recovery still in 2020. Experts in the Americas are the least optimistic and least likely to believe in recovery in 2020, while in Europe and Asia the outlook is mixed, with half of the experts expecting to see recovery within this year.

When do you expect tourism demand in your destination will start to recover? 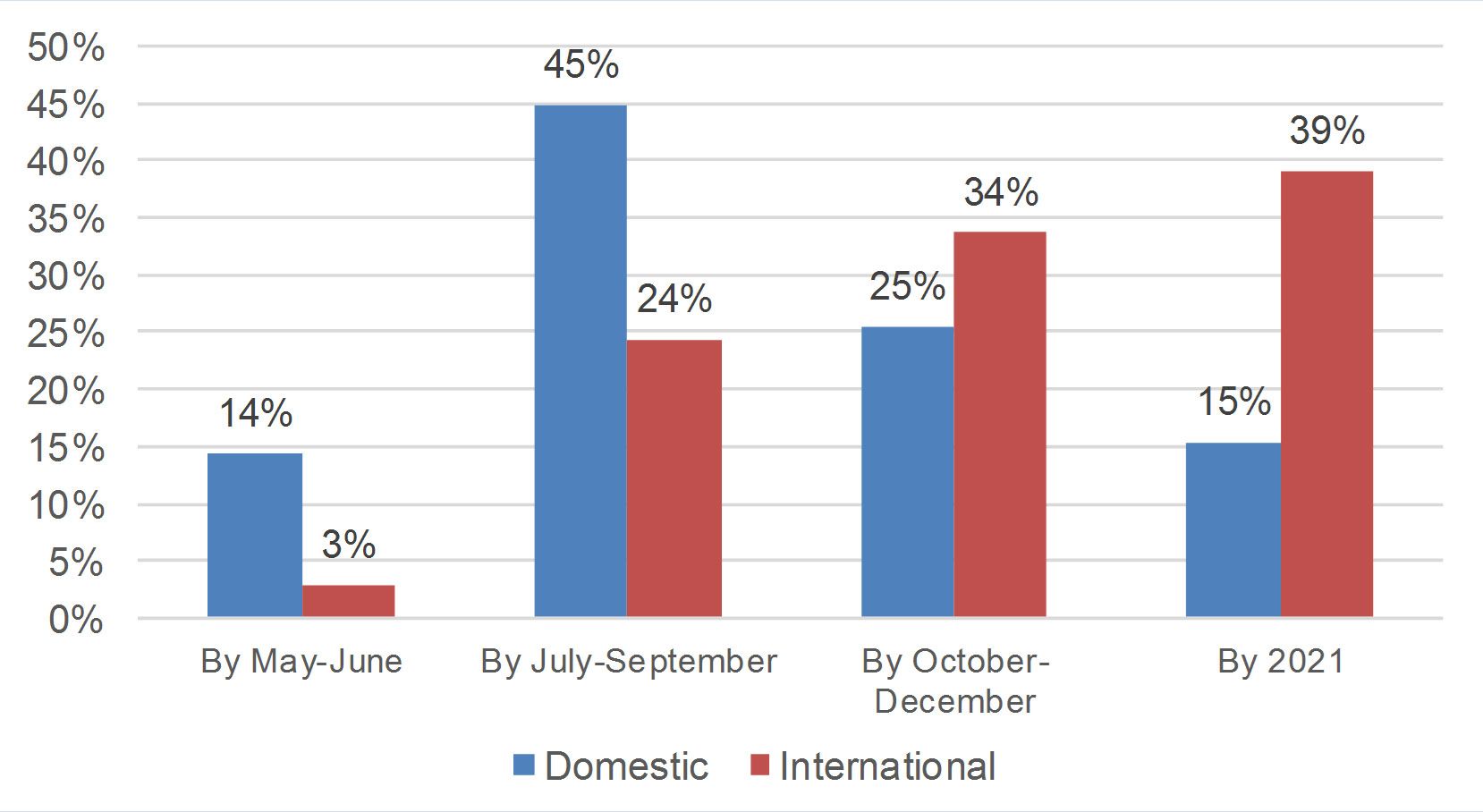 When do you expect international demand for your destination will start to recover? 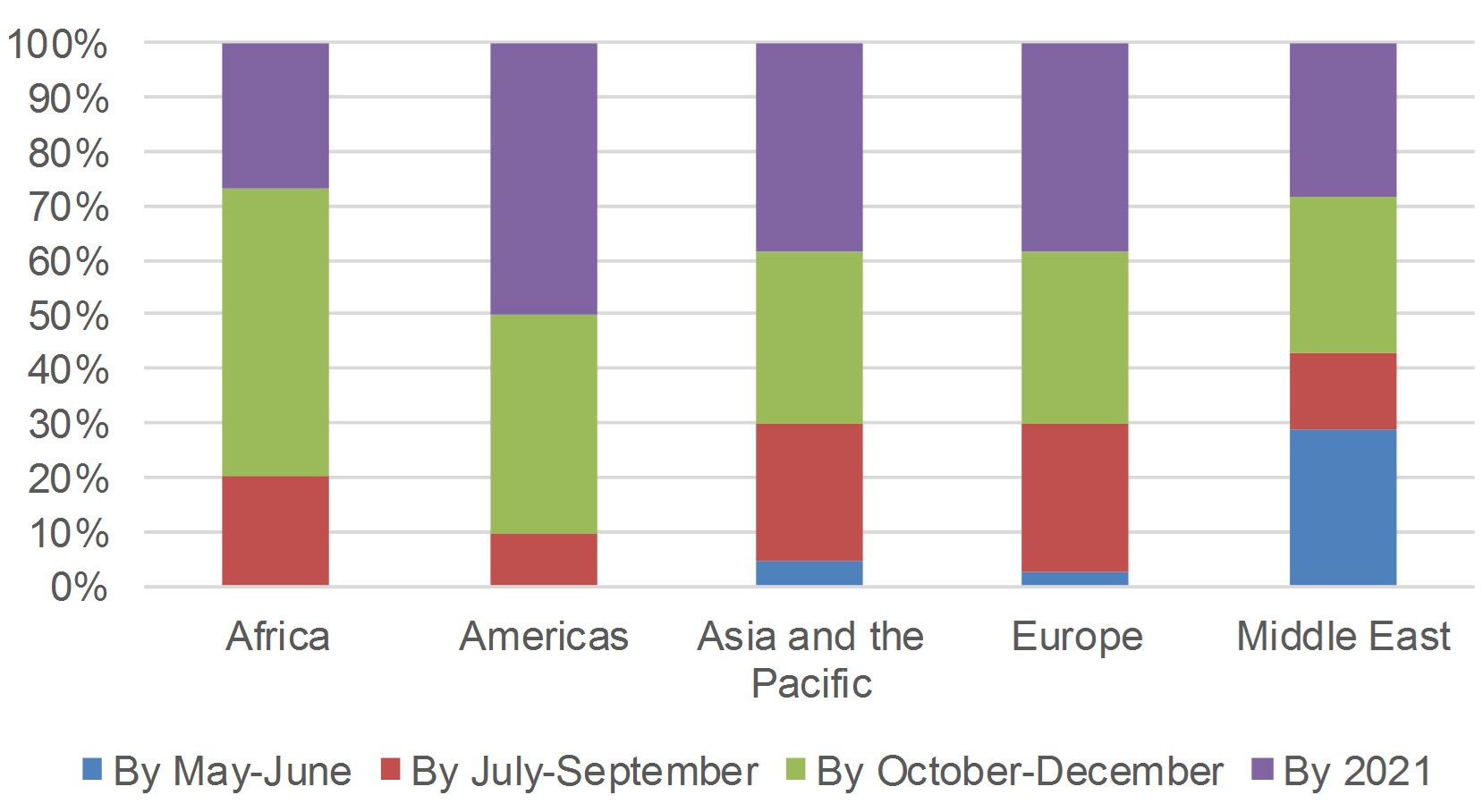