Benidorm — a popular Spanish destination for tourists and investors 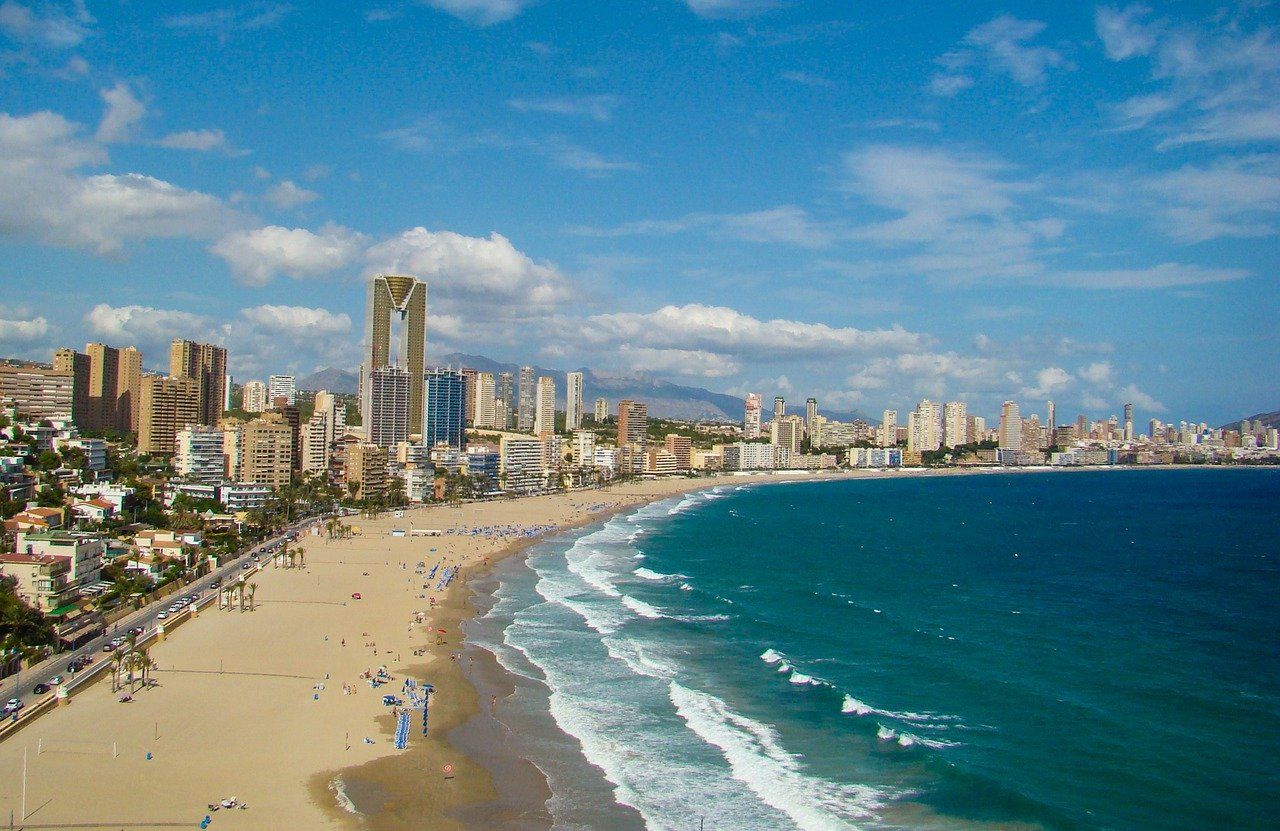 Benidorm is a well-known Spanish city situated on the Mediterranean Sea Coast. The city is known for its intense nightlife, and many casinos, which is why it is called sometimes "Spanish Las Vegas" Area of the Benidorm belongs to Valencian Autonomous Community.

The nearest airport, Alicante Elche Airport (ALC), is about half an hour away by car.

Benidorm has a mild Mediterranean climate: in summer the temperature hardly rises above +28 degrees, and in January the daytime is almost not colder than +15. Water temperature in August (the hottest month) can reach +27 degrees. To accommodate tourists in the city there are 21 thousand hotel rooms, most are booked for a few months in advance. There are four five-star hotels in the resort as well. Despite this, in high season all hotels and guest houses are 100% occupied.

The Benidorm seafront is divided into two vast beaches: Levante and Poniente. Both are a number of kilometres long and about 50 meters wide. Along the Promenade there are various restaurants and cafes. The average lunch price is €12. In addition to the relaxation on the beach and gastronomy offerings, there are also other attractions.

First of all, they include the numerous casinos and nightclubs, where the best DJs from all over the world come during the season—further, the Mundomar Aquarium, Aqua Natura Aqua Park and Terra Mitica — the amusement park. Nature Park can be visited in and around the city, as well as many museums and other routes suitable for the whole family.

In regard to property in Benidorm, there are many options for every preference: new and secondary apartments in gated complexes and skyscrapers, villas with sea views and property for investment.

The city is enormously popular among visitors from all over the world, making the local property perfect for a rental business. It is also highly marketable and rising in price, which means that you can earn money on resale. The average price of square meter in June 2020 in Bendirom is €2.143.

The most valuable are apartments on the seafront, which are much more expensive than their counterparts, located in the city centre. Resale two- and two-bedroom apartments in the centre cost from € 130,000, while studios with sea views cost at least €200,000.

The city is actively developing and building impressive skyscrapers complexes in close to the beach. For example, the construction of the highest skyscraper - 47 floors, Intempo, has been renewed. The cost of apartments with spectacular sea views begins in it from €300 000.

Below you will find a chart with property prices in the city.

Buying property here is ideal for people who want to invest and earn rental income, as there is a shortage of hotel rooms. This city is always full of people, and never sleeps.

If you intend to live and relax in tranquility and comfort, we advise you to take a closer look at the nearest suburbs of Benidorm, such as Villajoyosa, Finestrat or Polop.