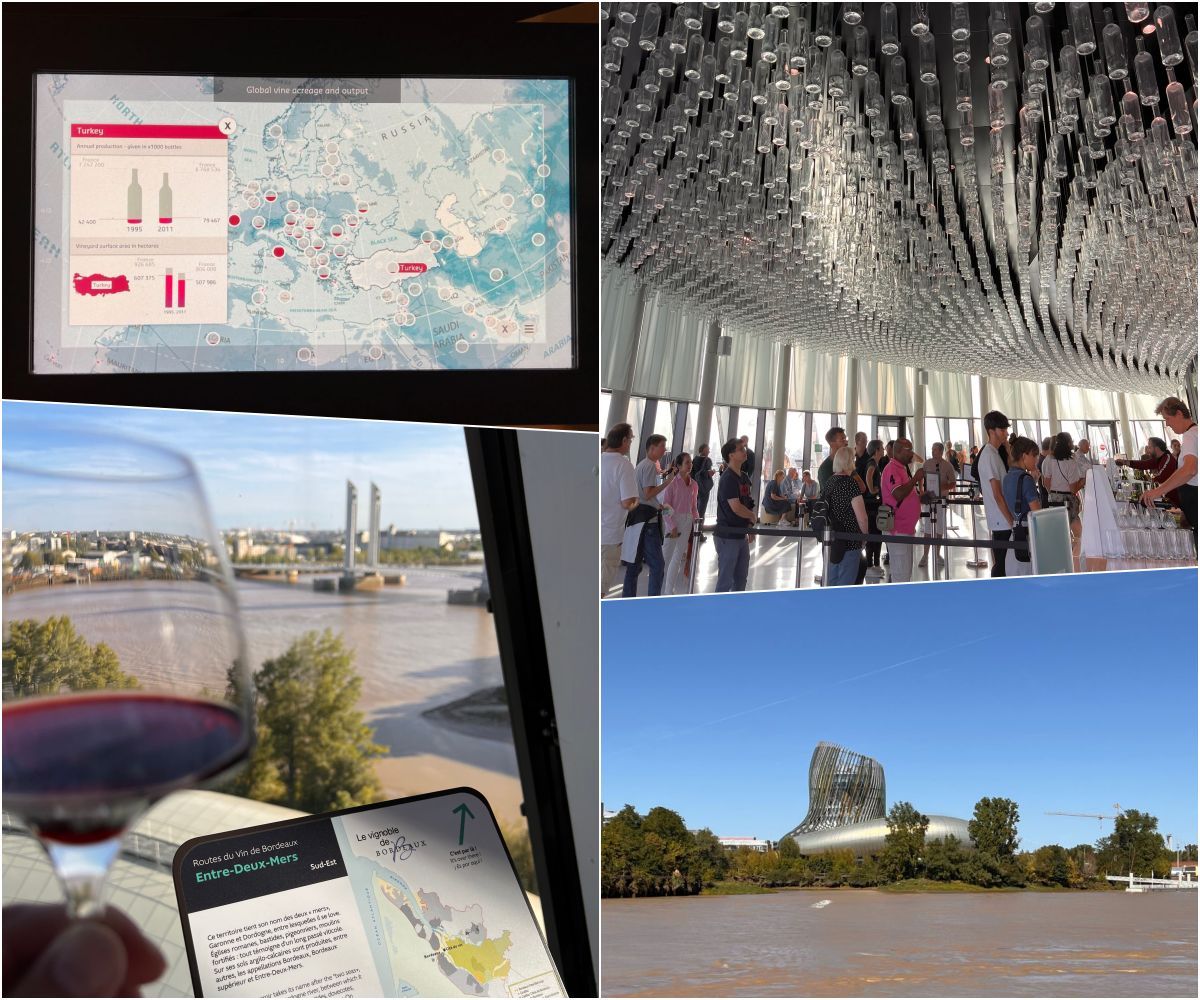 One of Bordeaux's top attractions, Cité du Vin, a cultural unique venue dedicated to wine, has welcomed 391,000 visitors of 93 different nationalities in 2022.

The total number of visitors since its opening reached to more than 2.3 million.

With a total of more than 105,000 visitors in July and August 2022, the Cité du Vin also saw record summer visitor numbers, despite the numerous heatwaves which generally discourage city tourism.

July and August were the strongest months recorded since the opening of the Cité du Vin, partly offsetting the slow start to the year, still affected by the pandemic. This great performance owed a lot to the temporary exhibition Picasso, the effervescence of shapes, which ran until 28 August and attracted visitors from Bordeaux and further afield. In total, more than 63,000 visitors came to discover this exploration of the works of the Spanish master from the angle of wine and popular spirits.

Among the 391,000 visitors welcomed to the Cité du Vin in 2022, a notable feature was the return of foreign visitors, who represented 40% of the total numbers for the year. Visitors from Spain, the UK and the US topped the list of overseas visitors, followed by Italians and Germans.

Also of note was the strong growth in Portuguese visitors (up 63%), following a trend that has been in place for several years. The Cité du Vin is responding by adding Portuguese to the 8 languages offered for tours of the Permanent Exhibition as from February 2023.

The rest of the visitors break down as follows: 36% French tourists, 10% day trippers and 14% Bordeaux residents.

On the BtoB side, the Cité du Vin hosted 648 corporate events (including 289 events, 205 guided tours and 154 privatised workshops), thus making it possible to combine business and cultural experiences through the privatisation of activities (tasting workshops or guided tours) or exceptional facilities (the Belvedere, Permanent Exhibition, Auditorium, etc.).

An ever-more responsible and committed welcome

While 2022 was the year of a return to more stable activity, it also confirmed the commitment of the teams at the Foundation for Wine Culture and Civilisations to welcome all audiences in a responsible and sustainable way.

In April, NF Environment - Visitor sites certification (first obtained in 2021) was renewed for one year. Then in July, the Tourisme & Handicap label, awarded by the State to tourism professionals committed to making leisure and holidays accessible to all, was renewed for the next 5 years.

And the Cité du Vin reached a new milestone at the end of September by obtaining the “Sustainable Entertainment: responsible emotion” label, which recognises commitment and a continuous improvement approach to the Corporate Social Responsibility (CSR) of leisure and cultural facilities. This label was awarded at Experienced level, the highest level of the standard defined by SNELAC (the Syndicat National des Espaces de Loisir, d’Attractions et Culturels).

In 2022, the Cité du Vin initiated a vast renewal programme, called Neo-Experience 2023, designed to maintain its appeal, improve visitor experience and satisfaction, and respond to current environmental and societal issues. From the staging to the digital equipment, from multimedia productions to tasting experiences... the entire cultural offer and tour experience has been redesigned for 2023 to offer French and international visitors a more enjoyable, original and unforgettable discovery of the Cité du Vin. A large-scale project that has been made possible thanks to the financial support of Europe and the Nouvelle-Aquitaine Region, as part of the European Union response to the Covid-19 pandemic, along with funding from Bordeaux Métropole, the City of Bordeaux, patrons, and other resources specific to the Foundation.

Some of the new features were introduced in 2022, such as the new version of the tour companion, developed in house by the Cité du Vin digital team, to activate the audio and video content in the Permanent Exhibition, the new web app My visit to accompany visitors and help them make the most of their visit (map, description of the wines offered in the Belvedere and workshops, the day’s programme, etc.), the immersive tasting workshop Bordeaux 360° launched in December, and the entirely redeveloped luggage lockers. As for the facilities available for privatisation, the meeting rooms have been equipped with video-conferencing systems and the auditorium control room has been completely renewed with new equipment for high-level hosting of conferences, seminars and other corporate events.

The other new features can be discovered in 2023. After a temporary closure between 2 January and 3 February for a vast project to renew the Permanent Exhibition, the Cité du Vin is reopening its doors to visitors on 4 February. The new immersive tasting tour, Via Sensoria, will open on 8 April 2023.