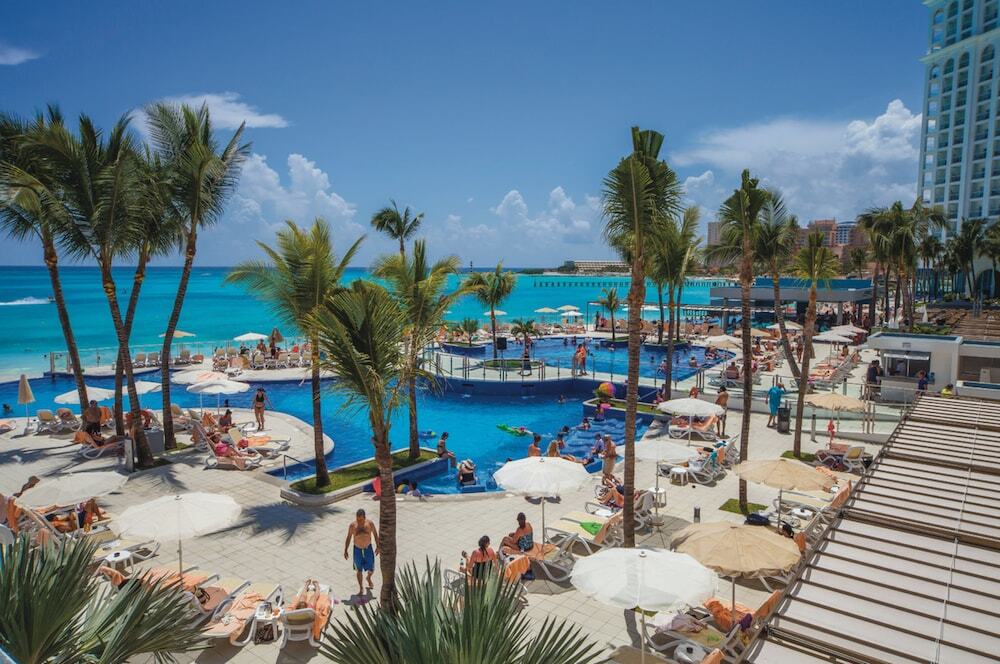 RIU Hotels resumes its activity in Cancún with the reopening of two emblematic hotels in Mexico: the Riu Palace Peninsula, which opens today, 8 June; and the Riu Cancun, which reopens on the 19th of this month.

Both hotels, located in Cancún’s Hotel Zone, are the first ones the chain is reopening in the Mexican Caribbean after closing its 99 establishments worldwide (20 of them in Mexico) in March of this year. With these openings, RIU is taking another step towards its goal of gradually resuming its operations all over the world, after having already opened urban hotels in Miami, Berlin and Guadalajara, and having announced the opening of another four vacation establishments in Bulgaria.

The Riu Palace Peninsula is the second hotel that the chain is opening in Mexico, after the reopening on 25 May of the Riu Plaza Guadalajara, in Jalisco, to which the Riu Cancun will soon be added. The chain’s goal is to gradually resume its activity in the multiple destinations in the country where it operates (Cancún, Costa Mujeres, Playa del Carmen, Los Cabos, Riviera Nayarit, Mazatlán and Guadalajara).

As in the case of the Riu Plaza Guadalajara and in preparation for their imminent reopening, the Riu Palace Peninsula and Riu Cancun are ready to start applying the protocols contained in the RIU Post-COVID Manual for hotels, which provides the maximum safety guarantees for both guests and employees. To do so, RIU has established a specific training program to ensure that all employees are ready to apply the 17 protocols created by the chain in collaboration with the consulting firm Preverisk.

The reopening of the Riu Palace Peninsula, located at kilometer 5.5 of Cancún’s Hotel Zone, is very good news for the start of Cancún’s recovery as a tourist destination, in the year in which the city is celebrating the 50th anniversary of its creation. Built in 2012, the Riu Palace Peninsula has become a favorite of RIU’s customers, both for its beauty and impressive facade and for the sophistication of the 562 rooms and common areas.

For its part, the Riu Cancun is a symbol for the families that visit RIU to experience the marvels of the Mexican Caribbean. Fully renovated in 2014, the hotel offers 569 rooms and is located on the beachfront. Like the Riu Palace Peninsula, it offers its guests RIU’s recognized 24-hour All-Inclusive service.

Update on RIU hotels that are currently open: