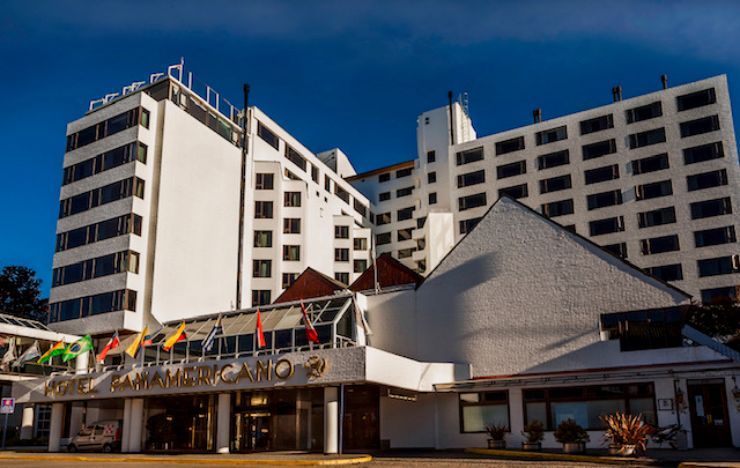 Marriott International has signed an agreement with Grupo Hoteles Panamericano to bring the iconic Sheraton Hotels brand to Bariloche, a major tourism center located in the foothills of the Argentinean Andes.

Slated to debut in January 2022, the property is expected to feature 161 rooms after undergoing an extensive conversion.

Located in Bariloche’s city center atop an elevation with outstanding views to the Nahuel Huapi Lake, Sheraton Bariloche, currently branded as Hotel Panamericano Bariloche, is situated just steps from San Martín street- the destination’s buzzing entertainment center featuring a broad selection of bars and restaurants. Bariloche is renowned for skiing, trekking and mountaineering and is the most visited resort town in Argentinean Patagonia attracting two million visitors annually. In recent years, the destination has become the best kept secret for summer skiing with US travelers.

“We are thrilled to expand our portfolio to Patagonia- one of the most beautiful regions in Argentina,” said Laurent de Kousemaeker, Chief Development Officer, Caribbean and Latin America, Marriott International.

“This signing further strengthens our strategic collaboration with Gotel Hotel Management to bring more choice to consumers in the Southern Cone.”

Sheraton Bariloche will be managed by Gotel Hotel Management under a franchise agreement. The Argentinean company was created to strategically collaborate with Marriott International to further expand the presence of Marriott brands in Argentina, Uruguay and Paraguay. Marriott International and Gotel recently announced the opening of Buenos Aires Marriott, a major achievement that brought the Marriott Hotels brand back to the country at an iconic location.

“We are thrilled to expand our relationship with Marriott International and bring the Sheraton brand to another key destination in Argentina,” said Marcelo Ubach, CEO, Grupo Hoteles Panamericano.

Currently, Marriott International operates eleven hotels in Argentina under the Sheraton Hotels, The Luxury Collection and Tribute Portfolio brands. The Sheraton Bariloche is expected to serve as the eighth Sheraton hotel in Argentina.