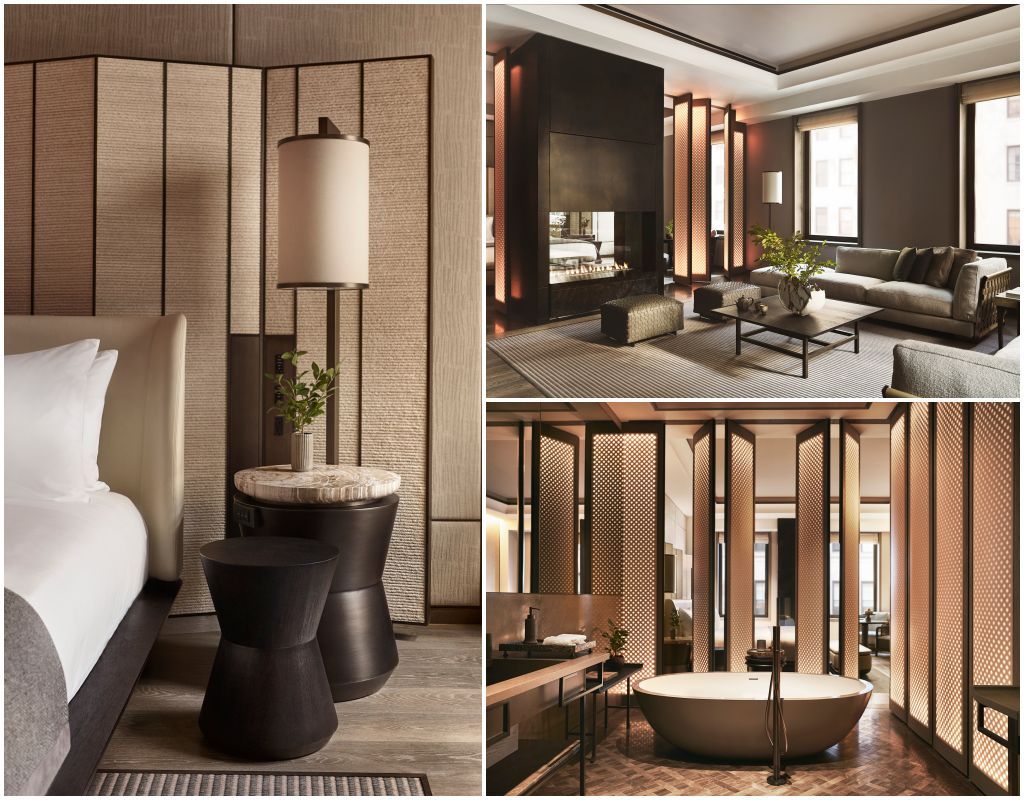 The highly anticipated Aman New York will open its doors to its first guests on 2 August 2022.

The culmination of a monumental transformation of the iconic Crown Building in Manhattan, the 83-suite hotel and its 22 branded residences bring the peace
promised by Aman’s Sanskrit-derived name to the heart of New York, ushering in a new era for hospitality in one of the world’s greatest cities.

The hotel is the second in a new, pioneering generation of Aman properties in urban settings, following in the footsteps of Aman Tokyo and taking the brand to 34 properties worldwide.

Located on the corner of 57th Street and Fifth Avenue, the storied Crown Building was built in 1921. Designed by Warren & Wetmore, architects of some of New York’s most influential buildings - including Grand Central Station and the Helmsley Building -the building has undergone a significant restoration, marking its next chapter as an urban Aman sanctuary. Through a combination of its original architectural splendour and Aman’s harmonious design language, the inimitable tranquillity of Aman is extraordinarily reimagined in this urban environment, transporting guests away from the frenetic pace of the city below.

Elsewhere, a flagship Aman Spa covers three-storeys (2,300 square metres) defining an entirely new and all-encompassing approach to rejuvenation in the city. The most comprehensive realisation of Aman’s wellness philosophy in the Western Hemisphere, the spa offers a full spectrum of wellnessenhancing facilities, centred by a 20-metre indoor swimming pool flanked by firepits and daybeds and warmly lit by the glow of magnificent copper light installations. For those seeking a dedicated wellness experience, two vast Spa Houses comprise double treatment rooms, Banya and Hammam rooms, and private outdoor terraces with hot and cold plunge pools, daybeds and fireplaces. Available for private use, the Spa Houses are comparable to those of Aman’s remotest retreats and introduce a totally new concept to the city.

Ideal for business or leisure guests alike, the hotel’s 83 suites are among New York’s largest and are inspired by the airy architecture of Aman’s properties in Southeast Asia. An invitation to switch off from the outside world, every suite also offers a functioning fireplace, a first in New York City, while bathrooms are opulent and oversized with oval soaking bathtubs, marble rain showers and double vanities. Large windows offer dynamic views, and the use of organic, natural materials and muted tones brings a sense of balance and harmony reminiscent of that found in Aman resorts of the East.

On the building’s 11th and 12th floors, 11 Grand Suites can be configured with additional bedrooms to create family-sized spaces, while two Aman Suites offer the pinnacle of urban Aman living with views of 57th Street and Fifth Avenue, living and dining areas with tables for six, kitchenettes with counter
seating and large walk-in wardrobes.

In a further nod to the brand’s roots, each suite also features a large-scale mural by contemporary Japanese artist Ryoko Adachi and inspired by the 15th-century masterpiece Pine Trees (Shōrin-zu byōbu) by Hasegawa Tōhaku. One of Japan’s most celebrated works, Pine Trees was designated as a National Treasure in 1952 and is internationally acclaimed. Adachi’s recreation of the piece perfectly captures its eminent pre-Edo influence, and is a homage to Tōhaku, printed on delicate rice paper and spanning the walls as a captivating focal point.

Aman New York joins Amangani in Wyoming and Amangiri in Utah as the brand’s third destination in the United States. Part of Aman’s robust future pipeline, the trio will soon be accompanied by Aman Miami (2024).