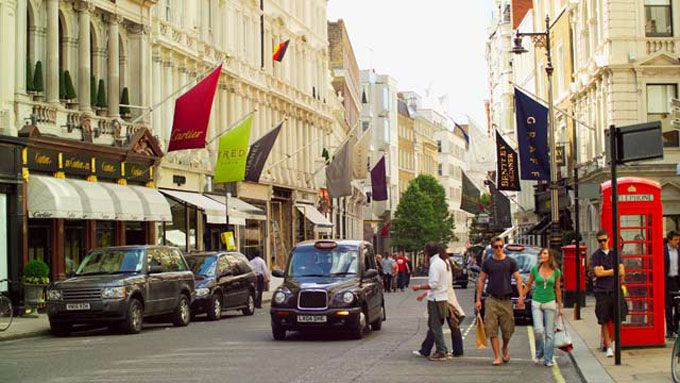 American Airlines continues to strengthen its network to give customers more travel options than ever before. American announced plans to grow its international network with new and increased service.

This year, American celebrates 30 years serving MIA, and now has, even more, to celebrate with additional service to LIM, SCL and GRU set to begin next year.

"American's leading position in Miami is something we're incredibly proud of and committed to maintaining," said Vasu Raja, American's Vice President of Network and Schedule Planning. "We have so many possibilities from our Latin American gateway and are excited for the opportunity to use our domestic strength to enhance our international network. We'll continue to grow, compete and thrive in a region of the world where we have a long history and a bright future."

"American Airlines is Miami's hometown airline and we appreciate their dedication to Miami-Dade County with more flight options for local residents to see the world, and more opportunities to welcome customers to our great county," said Miami-Dade County Mayor Carlos A. Gimenez.

American currently operates two daily flights to LIM from MIA, and next spring the airline will increase operations year-round to three times a day on a Boeing 757, providing more service than any other carrier to one of South America's largest cities. And next winter gets even warmer with an additional flight to Chile's capital, Santiago, and a third flight to Brazil's largest city, São Paulo. Both services will be operated on a 777-200.

The best schedule in Boston

When new American nonstop service from BOS to LHR launches next year, customers will have access to a total of five daily flights to choose from between American and joint business partner British Airways.

"Our new nonstop flight, combined with the service provided by our Atlantic Joint Business, gives customers the most robust schedule and the most premium seats between Boston and London," Raja continued. "Boston customers have been asking for more service and we're delivering with this new flight, and our recently announced seasonal service to Nassau and Grand Cayman."

American's BOS to LHR flight will be flown on a state-of-the-art 777-200, featuring 37 Flagship Business seats and 24 Premium Economy seats. The new flight fits into the current British Airways schedule with a peak evening departure (American Flight No. 108) from BOS and adds a new morning departure from LHR (American Flight No. 109). American and British Airways will have the most flights between the two historic cities when flights begin next year. Together, American and British Airways provide up to 71 flights every day between the U.S. and London.

And there's more good news for customers flying out of Boston, as International Airline Group (IAG) subsidiary LEVEL will operate three weekly flights from BOS to Paris Orly Airport (ORY) beginning March 31. The Atlantic Joint Business continues to build a bigger and better network next summer by adding an additional 125,000 seats per month across the Atlantic with six new routes, in addition to the 12 routes already launched this year.

The new flight comes at an optimal time to build on the investments American has made at BOS this year. In January the airline co-located all mainline operations to a renovated portion of the B terminal so that customers have access to one main ticket lobby, a new baggage claim facility and a newly renovated Admiral's Club, particularly welcomed by the airline's international Flagship travelers. In addition, in June, American and Massport unveiled the new Terminal B Great Hall, offering customers more convenience and increased efficiency at the ticket counter and security.

American is also extending seasonal flying dates on some of the most popular routes including service between New York (JFK) and Rome (FCO); Dallas-Fort Worth (DFW) and Dublin (DUB); and Chicago (ORD) and Barcelona (BCN). These routes will now operate a month longer than their current schedule. Stay tuned for more seasonal extensions in the coming weeks.