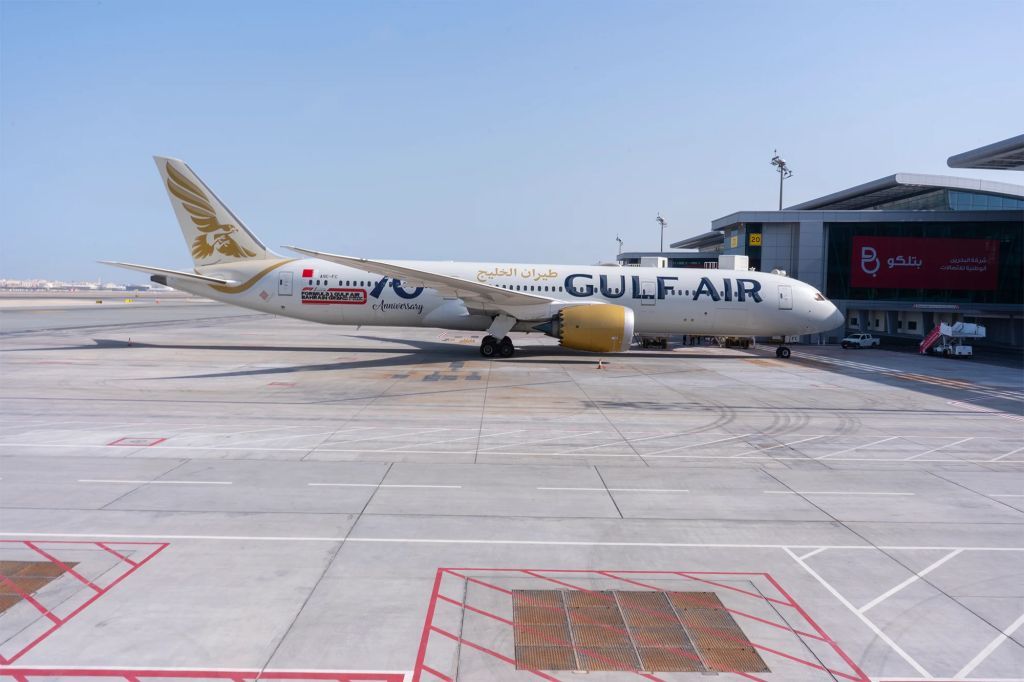 Gulf Air, the national carrier of the Kingdom of Bahrain, on January 28 operated the very first commercial flight from the new Bahrain International Airport terminal which was GF2130 to Delhi on one of the newest Airbus A320neo aircraft at 1435 Bahrain time.

The first incoming flight to the new terminal was also a Gulf Air flight that arrived from Lahore on flight GF765 at 1450 local time on the airline’s flagship aircraft the Boeing 787-9 Dreamliner.

Moreover, bidding farewell to the old terminal, Gulf Air operated the last flight from the old premises which was GF504 to Dubai on Airbus A320neo at 1055 local time. With these operations Gulf Air started a new chapter in the Kingdom of Bahrain’s aviation history.

The new terminal will support the strategic vision for Bahrain to strengthen its position as a hub and facilitate the movement of millions of passengers and Gulf Air takes pride to be a vital operator in the state-of-the-art terminal.

The new airport terminal will feature a dedicated check-in area for both Falcon Gold and economy class passengers of Gulf Air as well as a brand new Falcon Gold lounge that is double in size and capacity compared to the previous one in the old airport.

Taking into consideration all of the updated health and safety measures, the new state-of-the-art lounge will reflect new concepts of modern premium lounges yet keeping with the legacy and rich history of the 70-year-old Gulf Air brand.

A number of features will be maintained from the previous lounge as well as newly introduced spaces such as a children's area, shower rooms, prayer space, a quiet area along with live cooking stations and new food & beverage concepts.

Operational around the clock and with a capacity of over 400 passengers at any given time, the new Falcon Gold lounge will be available to experience by the airline’s Falcon Gold passengers as well as its Black, Gold and Silver Falconflyer members.