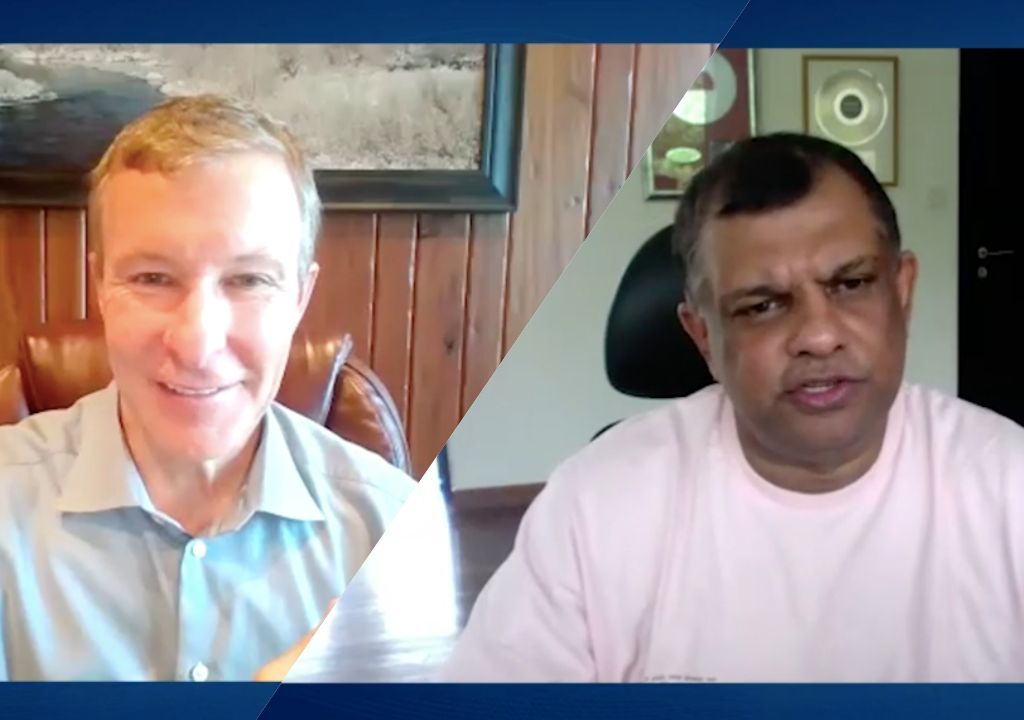 The biggest names in global aviation came together at FlightPlan: C-Suite Week for a series of exclusive ‘no holds barred’ interviews with leading BBC World News reporter Aaron Heslehurst, touching on the most immediate and pressing issues facing air travel in 2021.

The latest edition in the popular FlightPlan online broadcast, developed by Inmarsat Aviation and APEX (Airline Passenger Experience Association), attracted a record-breaking audience of 6,500 from 80 countries worldwide last week, with thousands more expected to watch the videos on demand.

Several pertinent topics were debated during the daily ‘power hour’ broadcasts, including leadership lessons from the industry’s biggest ever crisis, how airline recovery has been stilted by a lack of global synchronisation, and the importance of addressing sustainability challenges. The interviews also explored the ability of digitalisation to accelerate profitable growth for airlines and meet evolving passenger needs.

Summarising the event, Philip Balaam, President of Inmarsat Aviation, said: “FlightPlan was launched by Inmarsat and APEX during the very onset of the global pandemic, bringing the global aviation industry together for much needed debates, discussions and direction at a time of great uncertainty.

“The response has been phenomenal, with a combined audience of approximately 17,000 for the first three editions, reinforcing its position as the industry’s biggest virtual broadcast. FlightPlan: C-Suite Week delivered insight into the difficult decisions faced by leaders over the past 18 months. It also uncovered many impressive future-facing initiatives underway - from sustainability to passenger experience - that will not only secure a strong recovery for airlines, but also ensure a bright future for the industry at large.”

FlightPlan’s C-Suite line-up shared valuable leadership lessons from steering their aviation businesses through the COVID-19 travel crisis over the past 18 months. Al Baker shared his biggest learning for leaders: “there should always be a plan B and even sometimes a plan C of how to conduct your business in dire circumstances like the pandemic.”

For Kirby, a major learning has been the critical importance of customer experience. “Many of us in aviation have a new focus and commitment to change the customer experience. To use what we went through – the worst crisis in history – as a transformative moment to really make it better for customers,” he said. Kirby’s ambition is to turn flying into something passengers truly enjoy as part of the journey, “so that their vacation starts the moment they leave the house, instead of once they land at the other side”.

Across the board, the interviewees agreed that industry recovery has been stilted by unilateralism and a lack of global synchronisation. For Fernandes, co-ordination between different governments “has been a failure… because every country has their own vaccine rules and entry requirements”. Lamenting the lack of standardised policies, he called for closer co-ordination between airlines and airports, noting: “we’re symbiotic; we need each other”.

Walsh echoed the challenges of a siloed international approach: “You would have expected the EU to have corralled everybody together and say, look, ‘we've got to demonstrate to everybody now that we are in this together’. That's probably been the most disappointing thing for me. If we've struggled to see a political and a coordinated political response from the EU, I think we've no hope of expecting to see a coordinated political response globally.”

With climate change rapidly rising up the consumer, corporate and policy agenda, sustainability was highlighted as an urgent priority for the airline industry to ensure its right to operate in the future. As Ourmières-Widener told viewers: “Our contribution to the future of the climate is key.”

Walsh backed further political focus on environmental performance, noting: “The equipment that we have on aircraft today is so advanced and yet we're still operating the way we were back in the 1960s. It's a scandal on environmental grounds and is making our operations so much more inefficient than they could be.” He speculated, “Why isn't it being done? Because there's a lack of political will to address the issue.”

Kirby agreed that policies are needed to drive forward ambitious targets, but that “we have to be real about the art of the doable,” noting that Net Zero by 2035 would come at the expense of reliable power supplies. He shared insight on United’s efforts to invest in Boom aircraft that run on sustainable fuel – part of the airline’s commitment to reach Net Zero without carbon offsetting.

Qatar Airways is also underway with its sustainability drive, according to Al Baker, who said: “We are prepared to look after our environment, and this is why we are continuously investing in aeroplanes that are more fuel-efficient.”

Ourmières-Widener mused that while the crisis brought many challenges to the industry, it has also confirmed several trends – one being the huge opportunity for airlines that embrace digitisation. She said that the “full digital experience” is no longer just a buzzword, but a reality that airlines need to offer.

Digitisation is well underway for AirAsia, too, with data sitting at the heart of Fernandes’ vision to make the brand more than just an airline. “We have much better customer data than Uber,” from credit card to loyalty information, Fernandes explained. His ambition is to make AirAsia “a travel company like Expedia,” encompassing services from currency to grocery delivery. “We’re trying to turn the AirAsia customer on the plane into a customer on the ground, keeping them with us before and after their flight,” he said.

To watch all interviews on demand, visit: flightplan.wavecast.io.