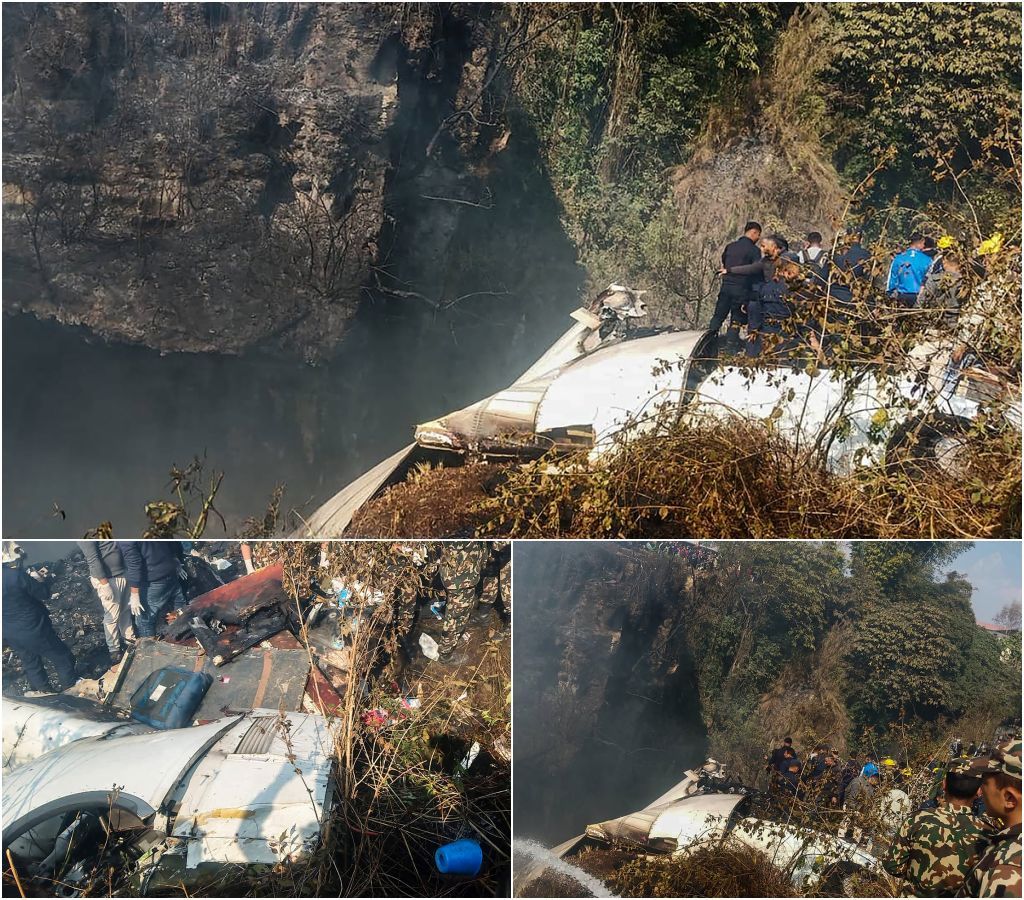 The passengers included 53 Nepalese, five Indians, four Russians, two Koreans, one Irish, one Australian, one Argentinian, and one French, according to the CAAN. Six of the 68 passengers were minors, with 37 males and 25 females.

The ATR-72 plane, a twin-engine propeller model manufactured more than 15 years ago, was being operated by Yeti Airlines, on a roughly 30-minute flight from the capital, Kathmandu, to Pokhara, a picturesque vacation destination near the Annapurna mountains.

Rescuers on Monday discovered the black boxes of the ill-fated Nepal plane. 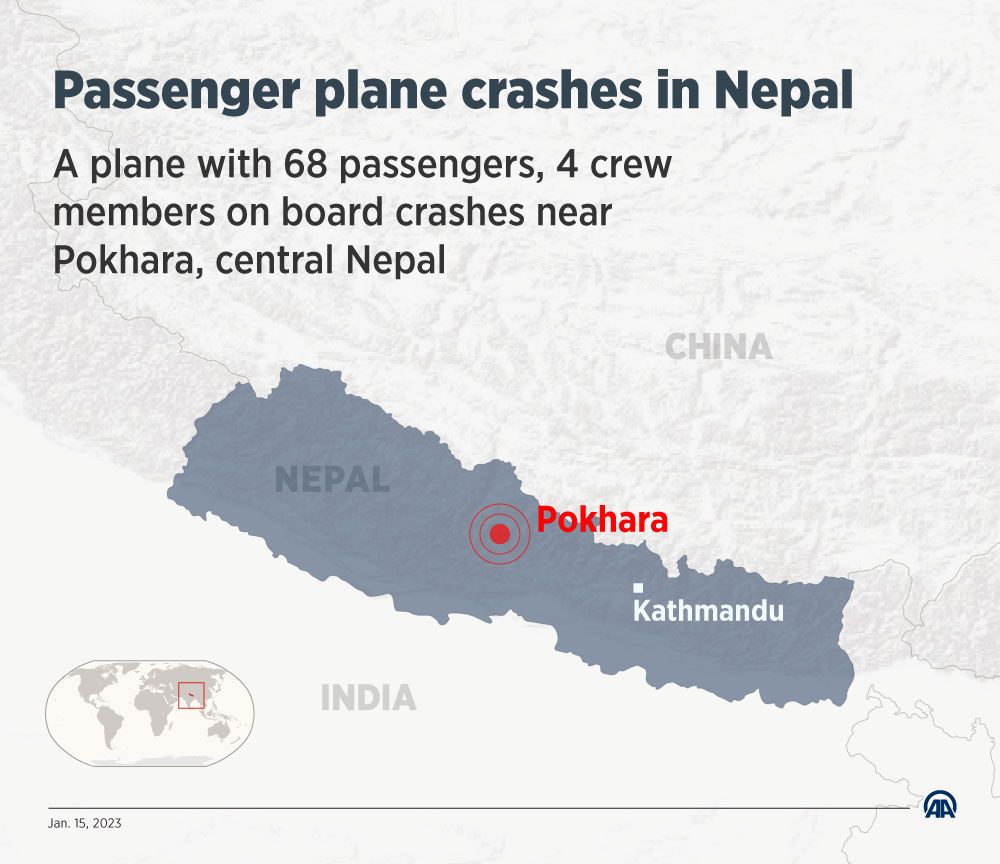 After finding 68 bodies until Sunday evening, rescue teams began their search for the four people on Monday morning, according to Teknath Situla, a spokesman for Kathmandu's Tribhuvan International Airport.

The country's civil aviation authority CAAN's spokesman Jagannath Niraula said that the black boxes of the Yeti Airlines plane were found on Monday morning and handed over to the investigation committee.

Pemba Sherpa, a Yeti Airlines official said that there are no survivors from the tragic crash. "We have yet to recover three bodies. The search is still ongoing," he added.

“There are many reasons for plane crashes, it takes time to understand the actual reason. But as far as we can see, the plane fell due to imbalance,” airport officials told Prime Minister Pushpa Kamal Dahal Prachanda, who arrived at the Tribhuvan International Airport after the incident, according to local media.

“The exact reason will be revealed after the investigation."

Earlier, the government formed a five-member committee to investigate the plane crash and submit a report within 45 days, according to government spokesperson and Finance Minister Bishnu Prasad Paudel.

He said the government has ordered a technical check of all domestic planes, and the government would implement the report of the investigation panel to prevent future accidents.

Last year, 22 people were killed when a private plane operated by Nepal's Tara Air crashed shortly after taking off from Pokhara.