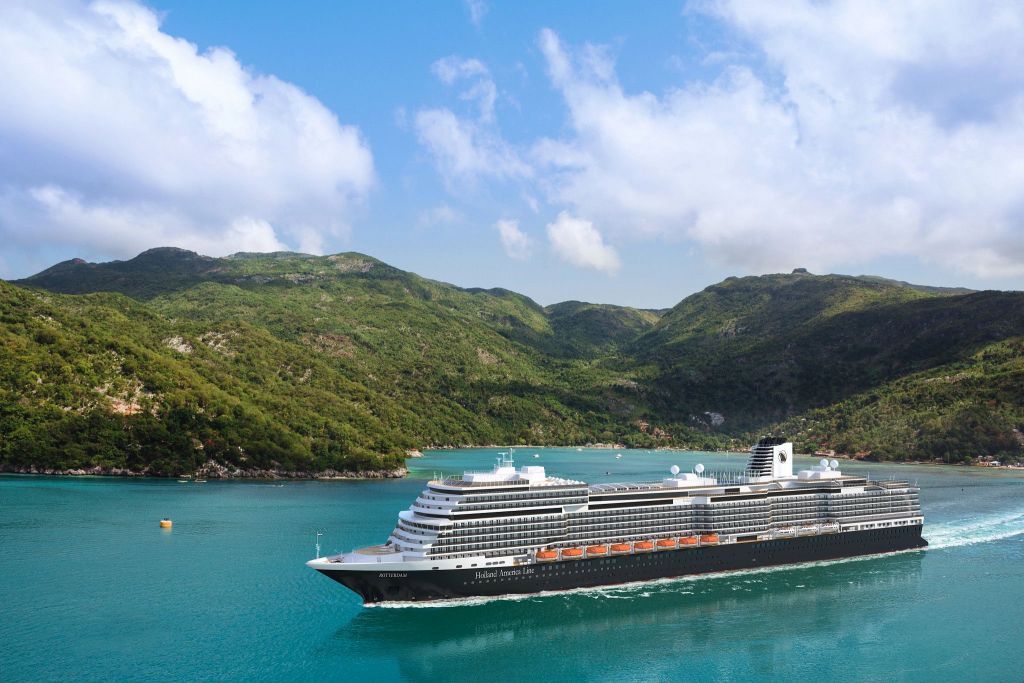 Holland America Line ships have long been regarded as floating art galleries for their extensive collections of museum-quality pieces.

When Rotterdam sets sail for the first time Oct. 20, 2021, guests are in for a visually rewarding journey with some of the most thought-provoking, striking and bold pieces in the fleet — including historical works and memorabilia from beloved previous sister ships.

Rotterdam’s art collection is valued at more than $4.1 million and was curated by Oslo-based YSA Design and London-based ArtLink, who collaborated with acclaimed hospitality design atelier Tihany Design. The result is a museum at sea with 2,645 pieces of diverse works ranging in value from $500 to $620,000 that spans the decks, public rooms and staterooms.

Many of the pieces focus on entertainment, showcasing themes of music, dance and movement, weaving the ship’s narrative of a “new sound of cruising” into the art. The works are in many media, including photography, painting, mixed media, illustration, prints and sculpture.

Holland America Line’s newest Rotterdam is the seventh ship in the fleet to bear the name, and some previous works of art fromRotterdam VI, which left the company in 2020, have found a new home on the newbuild. Eight historical paintings are now on Rotterdam, including depictions of Rotterdam I, Rotterdam II, Rotterdam III, Rotterdam IV and Rotterdam V. The ship also hosts three previous Rotterdam ship models, and the bell from Rotterdam VI can be found in the Crow’s Nest.

The art aboard Rotterdam comprises one of the finest collections at sea. Guests can admire the decks inside and out and discover inspired works from a global assembly of emerging artists who share the spaces alongside some of the most renowned talent in the world.

Holland America Line’s 2024 Alaska Cruisetours are open for booking, and travelers who want to head to Denali and the Yukon can start planning their…