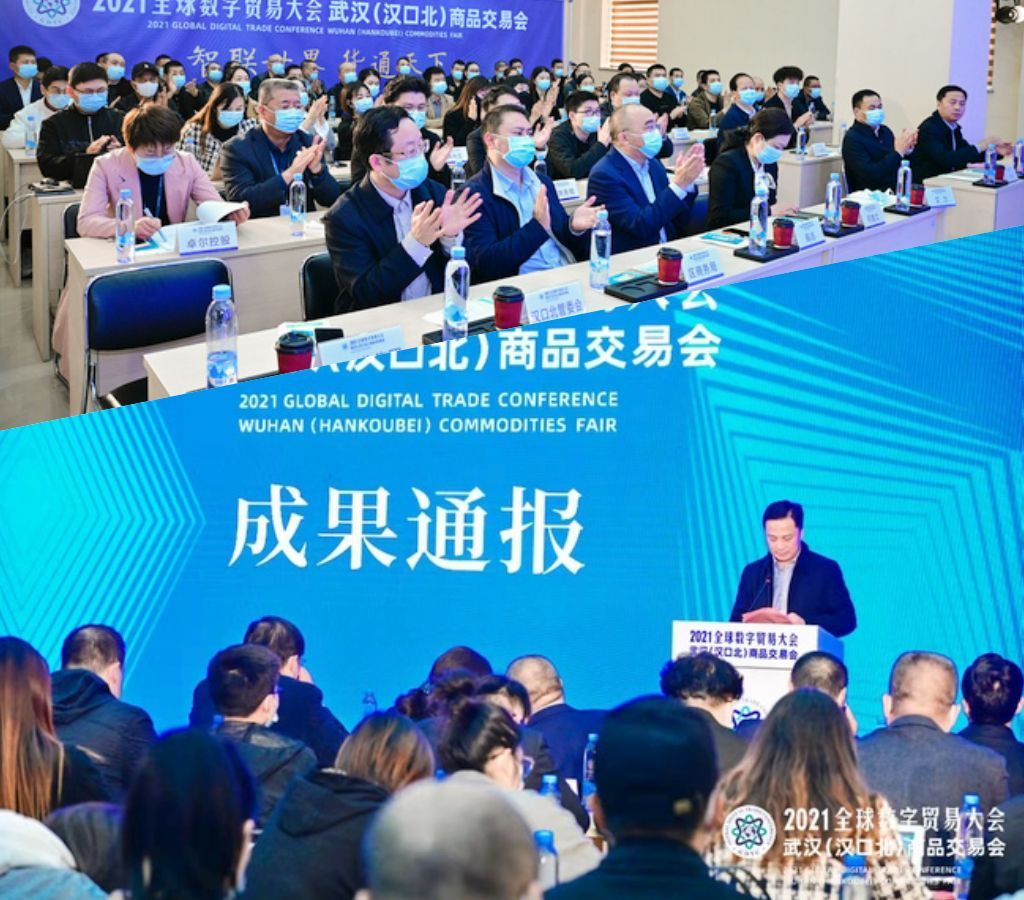 Diplomatic representatives and business delegations from 103 countries and close to 8,500 foreign and Chinese companies participated in the event, achieving a total purchase order of RMB 402.8 billion (S$ 85.0 billion) and attracting 520,000 trade visitors to the event.

Various forums and thematic events on digital technology empowerment were organised to support Wuhan's vibrant commercial and logistics center development, including the opening ceremony, China's wholesale market annual meeting, cross-border cooperation promotion events, and the digital trade and technology thematic conference. The conference focused on current digital trade issues, providing a platform that facilitated discussions and exchanges around the development of the digital economy and trade to build a bridgehead for "dual circulation" between China and the rest of the world.

A new white paper on Global Digital Trade was also launched at the event, shedding insights into the current development of digital trade from the existing digital infrastructure, policies, technologies, and capital. The paper analyses how digital technologies and supply chain services can bring about profound changes to global trade and the development prospects of digital trade. Experts and scholars also highlighted the importance of the digital economy as a key driver for China's "dual circulation" development strategy, with Wuhan among China's most promising cities for the digital economy.

The integration of domestic and foreign trade, and building a bridgehead for "dual circulation" between China and the rest of the world is a key objective of this year's flagship event that aims to promote the development of a high-level open world economy. Accolades were received from hundreds of diplomatic representatives and foreign business delegates regarding Wuhan's efforts to promote commodities trade and support economic, trade, and technological exchanges. 80% of the international trade platforms that participated were first-timers. They include cross-border e-commerce expo, Hubei's export-to-domestic trade fair, eight cross-border e-commerce platforms, such as Amazon, eBay, Wish, Newegg, and 50 cross-border service organisations, including PingPong Payments. The European Pavilion, Shanghai Cooperation Pavilion, and ASEAN Pavilion were also launched and featured products from more than 50 countries.