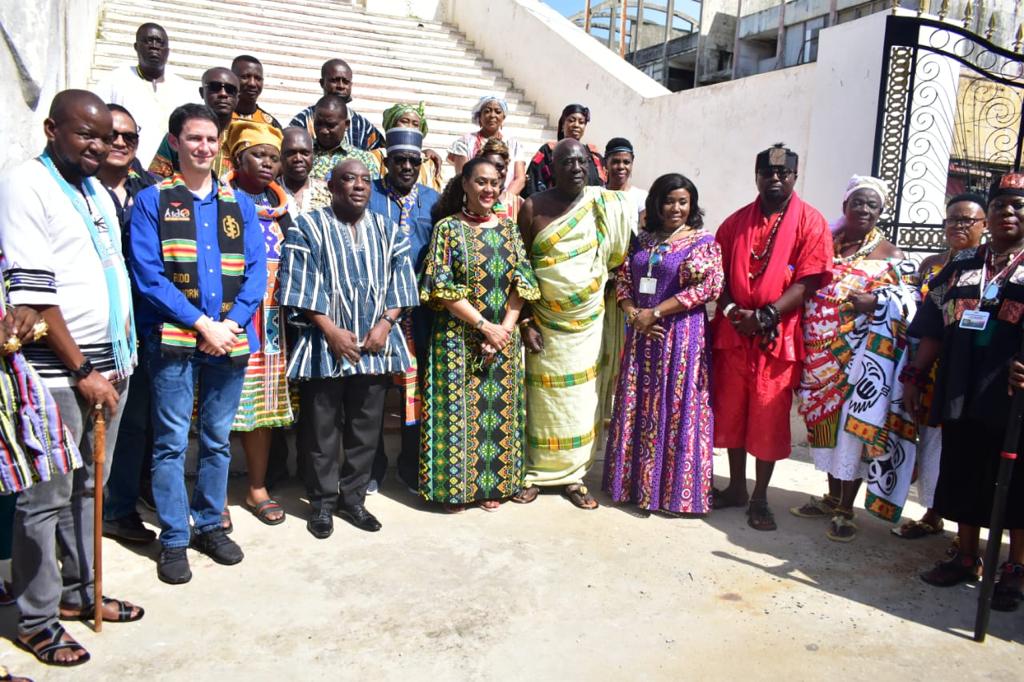 The Tourism Authority of Panama (ATP) will host the "Journey of Atonement and Reconciliation of Mother Africa and Reunion With its Diaspora” Summit, a historic and transcendental event, from May 18-25, 2022, bringing together kings, queens and tribal chiefs from Africa.

The event, launched October 28 in Ghana-Africa, is in alignment with Panama’s recently launched “Live for More” brand platform, and resonates with the Discerning Traveler, a segment identified as being intellectually curious about the world and seeking to understand culture while having a positive impact on communities they visit.

During this important event in Panama City, a special ceremony will be held with the participation of the Afro community of Latin America, the Caribbean and North America, where the kings, queens and tribal chiefs of the African continent will "ask forgiveness" for the deeds committed by their ancestors, by allowing the commercialization of their people as slaves, explained Dr. Melida Harris-Barrow, Panamanian resident in the United States, with extensive economic and social ties with Africa, who also promoted this initiative. "Three years ago, God entrusted me with this mission, in order to achieve the unity of Africa and its Diaspora.”

According to Dr. Harris-Barrow, the launching of this journey of atonement and reconciliation in Ghana was carried out by kings, queens and tribal chiefs from this point in Africa, because it is one of the places where large groups of Africans were taken to the Americas and the Caribbean, where they were exploited as slaves 500 years ago when the first ship left the west coast of the continent, stripping them of their freedom.

"Panama will make history because the event will have worldwide exposure and will become the first country in the world to hold an event of this magnitude, which will bring together the kings, queens and tribal chiefs of Africa, to apologize to all African descendants scattered around the world. The idea is to strengthen the historical and natural ties of the continent with its diaspora during this meeting in Panama," said Dr. Harris-Barrow.

Panama's Minister of Tourism (ATP), Iván Eskildsen, together with Dr. Harris-Barrow, represented the Panamanian government at the launch held in Ghana. "We are honored as a country to receive such a solemn and historically important event, which will also help reinforce our cultural roots. More than 1,000 people of African descent are expected to visit the Americas.”

Krishna Camarena Surgeon, president of the Panamanian Secretariat for the Development of Afro-Panamanians (SENADAP), noted that the launch in Ghana paves the way for the meeting of the African Diaspora and the African continent during the visit of kings, queens and tribal chiefs next year. The participation of Panama's Minister of Tourism and Dr. Harris-Barrow in this event is undoubtedly the bridge that links the summit event to be held in May 2022 in our country.”

Paul Jones Eganda, Global head of the Embo Kingdom in Africa and founding president of Aido International, said the kings and queens of Africa would like to make a pilgrimage to Panama for a special healing journey. "We have called this the journey of atonement and reconciliation between the elders of Africa and the children of Africa in Panama and neighboring countries; furthermore, we hold that the purpose is noble, full of humanity, peace and respect to and from our people on both sides of the Atlantic Ocean."

He added that the Panamanian isthmus was chosen for this event because of its geographical position and meeting point between Latin American, Caribbean and North American nations. "Countries in these destinations have many similarities between us as tropical people and with possible areas of trade and business exchanges," he said.

Dozens of Africa's grandchildren are scattered throughout the Americas. The United Nations (UN) estimates that the number will exceed 200 million by 2020. They organized and formed the Sixth Region Global Chamber of Commerce, composed of Africans who do not reside on the African continent, including former slaves.

With Panama’s iconic landmarks and locations, such as the Fort of San Lorenzo, the Panama Canal and the Panama Canal Railway, the country’s rich history provides a unique location as host of the “Journey of Atonement and Reconciliation” Summit.