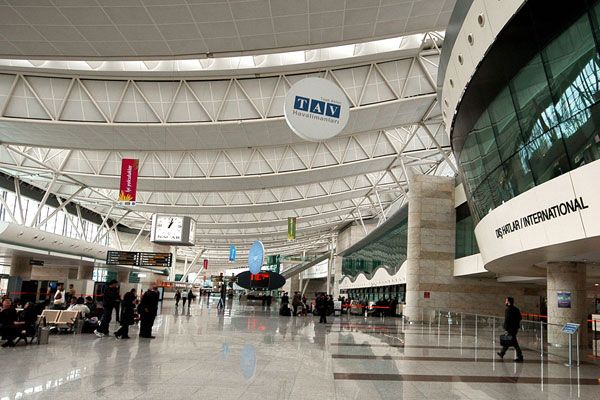 TAV Airports served 89.1 million passengers in 2019, with a 7% increase compared to the previous year.

Sani Sener said, "As we celebrate our 20th year in airport operations which is a very competitive industry, we are proud to have built a globally competitive brand. Today we operate 14 airports in 7 countries. With our service companies that comprise 59% of our revenue, our global footprint now spans 100 airports in 30 countries.

2019 was a significant year for inorganic growth of our service companies outside of TAV ecosystem which is the third pillar of our growth strategy. TAV Operation Services, our lounge services company bought GIS, and expanded its portfolio. Now, TAV OS, BTA, ATÜ and TAV Technologies are now globally competitive companies that serve a wide geography ranging from Chile to Switzerland, Kenya and the USE to Western Europe and the Gulf Region.

As part of the second pillar of our growth strategy which is the addition of new and profitable concessions, our negotiations with the owner of Kazakhstan Almaty International Airport regarding the potential acquisition of the asset are ongoing. We are also interested in the tenders to privatize Tivat and Podgorica Airports in Montenegro. We will continue to search our core geography for new concessions that can create shareholder value.

As tourist numbers in Turkey are continuing to break new records, 2019 has been a very good year for organic growth of our existing portfolio which is our first pillar of growth. With strong growth in arrivals from European markets and Russia, the number of tourists visiting turkey increased 14% in 2019 and reached 45 million. While Georgian traffic was very strong until the second half of the year, because of the Russian flight ban, Georgia finished the year with slight passenger decrease. Owing mostly to supply cuts by the airlines, domestic traffic in Turkey continued to be soft throughout 2019. Although due to these reasons we finished the year with a total of 89 m passengers served, which is 1% below our 2019 guidance, total international passenger growth, which is the main performance indicator that affects our financial results was up 18%. Hence, overall, we had excellent results in passenger traffic which translated into strong financial results.

Our revenue excluding Istanbul Ataturk Airport grew 8% and reached €764m. Our consolidated EBITDA excluding Istanbul Ataturk Airport came in at €329m with 5% growth. The EBITDA growth was 1% below the guidance we disclosed in the beginning of the year mainly because of the Russian flight ban in Georgia. Our total net income in 2019 was €373million and the net income of our continuing operations was €73m which is 5% higher than 2018. Our capital expenditures came in line with our expectations at €69.5m.

One of the most significant developments of 2019 was the finalization of the discussions for restructuring of the concession terms in Tunisia. With these agreements we were able to re-establish the long term economic sustainability of our Tunisian airports through material decreases in our past and future rent payments and liabilities. As the next part of these discussions, we are also very close to finalizing our agreements with the current group of lenders of TAV Tunisia to restructure the existing financing terms and shareholding structure of the company.

We expect to have another good year of tourism in 2020 both in Turkey and in our international operations, thus reaching 4% to 6% growth in international passengers excluding Istanbul Ataturk. With this growth in passenger numbers we expect EBITDA, as defined by Groupe ADP to increase between 9% to 11%. We expect capital expenditures to materialize between €70m to €75m. In 2019 we distributed TL 758m in dividends which corresponded to 50% of IFRS net income. Because there are three sizeable projects that we are preparing for, our Board of Directors has resolved to submit to the approval of our General Assembly, a dividend of 392m, which corresponds to a payout of 81% of net profit from our continuing operations.

The platform of airports that are operated by us and our main shareholder, Groupe ADP is the largest in the world. TAV Airports owes this success to its employees, shareholders and business partners. I would like to extend my most sincere gratitude to everybody who played a part in creating one of Turkey’s truly global brands and I hope to see many more 20 years of great success.“

* *Adjusted for IFRIC 12 except for net profit.