WTA Tennis Returns to Istanbul in 2020 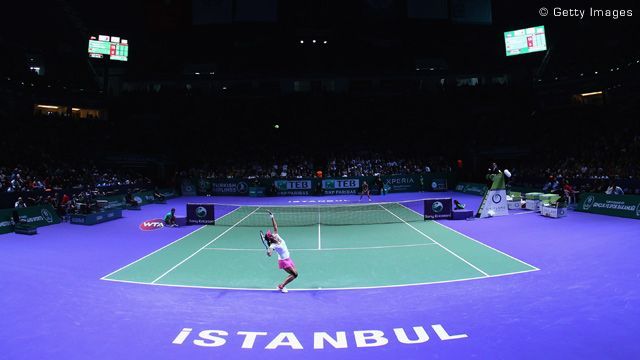 The Women's Tennis Association (WTA) and sports management group Octagon have announced a partnership to create a first-class tennis experience in Istanbul.

WTA tennis will come back to the Turkish city this spring from April 20-26 in the form of an International-level event at the Turkish Tennis Federation Tennis Center.

Following a comprehensive and state-of-the-art renovation of the venue, which includes all-new clay courts and tournament infrastructure, the new WTA tournament will be the first professional tennis event held at the historic club since its renovation.

"The WTA and Octagon play an important role in the path of making Turkey a true tennis country. With the support of the Turkish Ministry of Youth and Sports, we are taking strong steps towards achieving our goals."

Istanbul has played its part on the WTA calendar for the better part of the past 15 years, including serving as the host for the season-ending championships from 2011-13, now known as the Shiseido WTA Finals Shenzhen and held in China.

The city first debuted on tour as a clay court tournament in 2005, with that event won by Venus Williams in its inaugural year. The playing surface switched to hard courts from 2009-15, and returned to clay in 2016, when Cagla Buyukakcay made history for the country by becoming the first Turkish woman to win a WTA singles title.