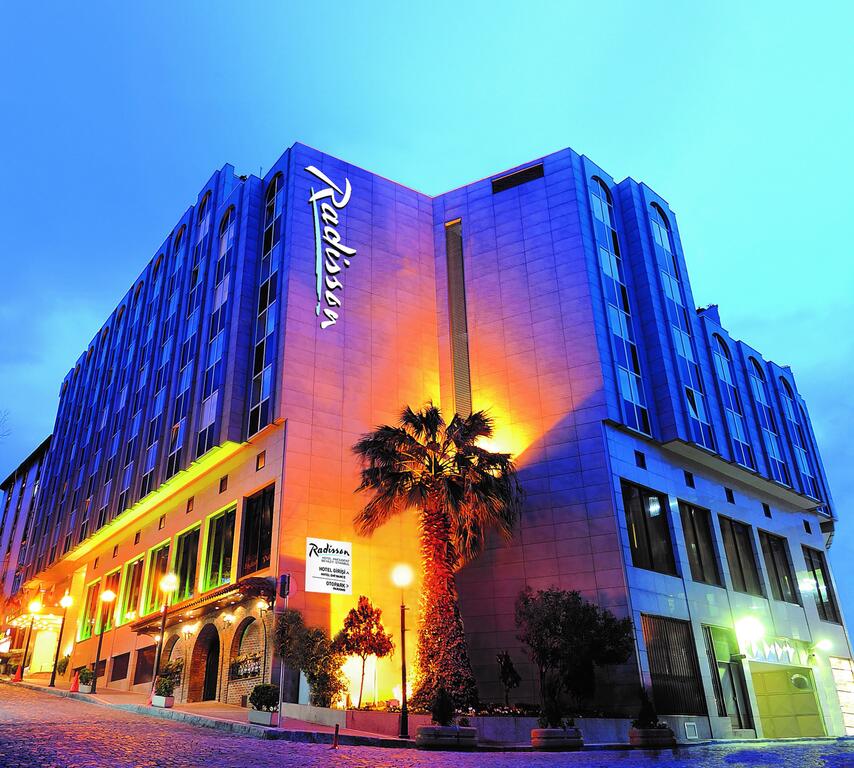 Radisson Hotel Group expands its Radisson upscale Scandinavian-inspired brand to Istanbul in Turkey with the opening of two new hotels.

The Group currently has four brands represented in Turkey with Radisson Collection, Radisson Blu, Radisson and Park Inn by Radisson in operation and under development, and is one of the leading hotel operators in Istanbul with 16 hotels.

Situated near the Grand Bazaar, St. Sophia and Topkapı Palace, these two new hotels combine modern and historical Turkish culture, reflective of this iconic city where Europe meets Asia. A stone’s throw from the city’s most prominent cultural, religious and gastronomic destinations, the hotels are the perfect home to immerse oneself into the wondrous tastes, sights and sounds of Istanbul including its biggest bazaars: the Grand Bazaar and the Spice Market where guests can be dazzled by the colors and flavors of Turkey with over 80 spice shops and hundreds of different spices.

The Radisson Hotel Istanbul Sultanahmet overlooks the magnificent Sea of Marmara and is situated within the historical walls of Istanbul. With numerous historic attractions on its doorstep, Sultanahmet is the prime area to experience Istanbul’s ancient spirit. Whether it’s walking ancient city walls, exploring the historic bazaars, absorbing the sanctity of Ottoman mosques, there’s always something more to do in Istanbul’s Old City, a place known as ‘the city of the world’s desire’.

With 28 well-appointed rooms, guests can dine at the Anatolian-style Şömine Restaurant or Marmara Cafe & Bar, which offer splendid sea views and a magnificent fountain. Meetings and events facilities include a 19th-century Ottoman-French meeting room and historical ballroom, perfect to host lavish wedding ceremonies, dinners and celebrations.

The Radisson Hotel President Beyazit Istanbul is located in the heart of old Istanbul, home to some of the most historic sites of this vibrant megapolis offering infinite cultural attractions to explore including museums, churches, palaces, mosques, bazaars and natural beauties.

The hotel offers 201 contemporary rooms and suites designed in a stylish and sophisticated palette of greys and beige tones. The hotel’s five on-site restaurants and bars offer international as well as local Turkish dishes. Guests can work out with panoramic sea views in the modern fitness center and refuel after a long day of exploring at the health club, complete with a swimming pool, steam room, and locally-inspired treatments. Conferences can host up to 50 guests and events for up to 350 guests in the hotel’s four meeting rooms and two event venues complete with a 370-square-meter ballroom.