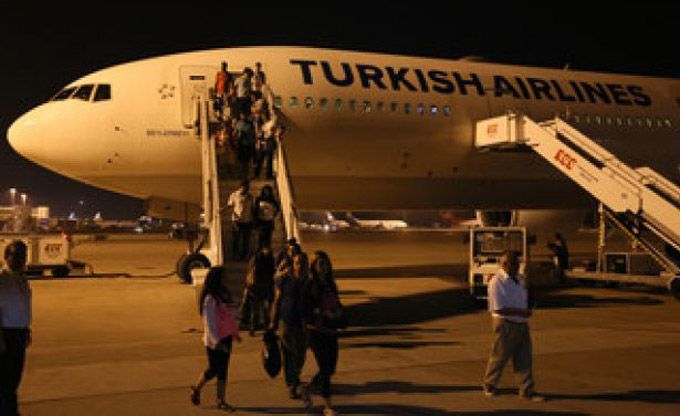 Due to the current Belarus–European Union border migrant crisis, Turkey announced a ban on nationals of Iraq, Syria, and Yemen to travel to Belarus.

Turkey's Directorate General of Civil Aviation (SHGM) announced that the authority decided that the citizens of Iraq, Syria, and Yemen who want to travel to Belarus from Turkish airports will not be allowed to buy tickets and boarding until further notice.

Turkish Airlines said that the company will comply with all security measures and sensibilities in cooperation with international officials in all its flights operated to all corners of the world.

The crisis was triggered by the severe deterioration in Belarus–European Union relations, following the 2020 Belarusian presidential election, the 2020–2021 Belarusian protests, the Ryanair Flight 4978 incident, and the attempted forced repatriation of Krystsina Tsimanouskaya.

According to estimates from last month, over 6,000 migrants, mostly from Iraq, Afghanistan, and Syria, tried to enter the EU via the Belarus-EU border, up sharply from just 150 last year.​​​​​​​​​​​​​