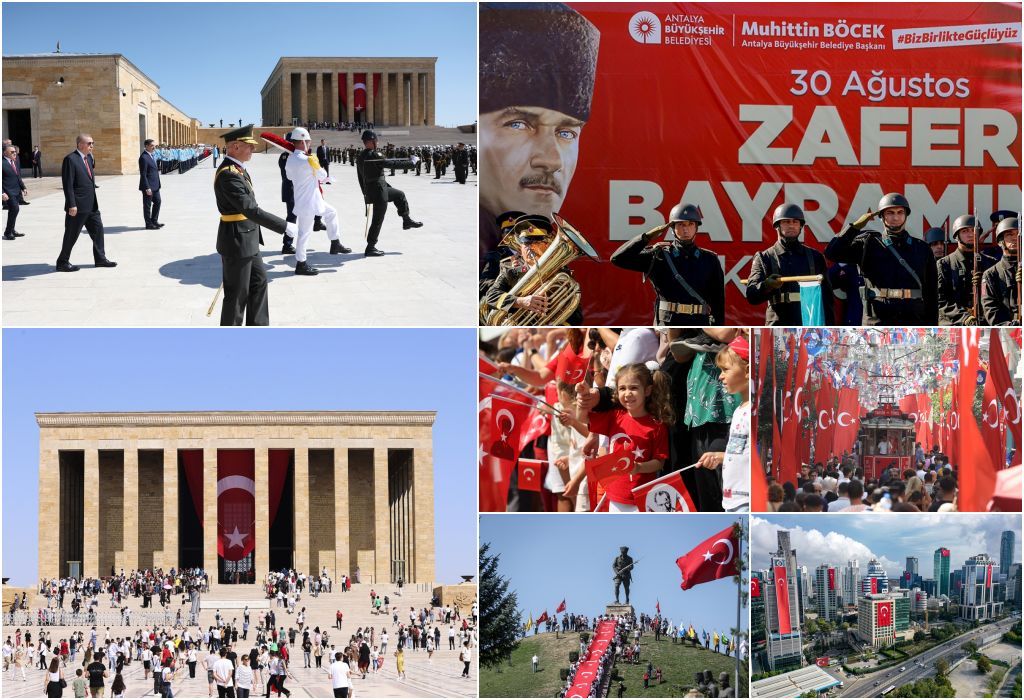 The Turkish president and senior officials visited Anitkabir, the mausoleum of Mustafa Kemal Ataturk, founder of the Republic of Türkiye, marking the 100th anniversary of Victory Day.

President Recep Tayyip Erdogan, senior government and high-ranking military officials, and opposition leaders laid a wreath at Anitkabir. A minute of silence was followed by the Turkish National Anthem.

“Dear Ataturk, on the 100th anniversary of the Great Victory, which is one of the most important turning points in our glorious history, we commemorate with mercy your comrades-in-arms, distinguished members of the Grand National Assembly, and our saintly martyrs,” Erdogan wrote on the memorial book at Anitkabir.

Erdogan vowed to continue to advance the Republic of Türkiye in line with the set goals and to strengthen it in every field, especially in economy, defense and diplomacy.

Foreign Minister Mevlut Cavusoglu marked Victory Day. “The fire of freedom that burned 100 years ago will never go out. The Republic of Türkiye will stand firm forever!” Cavusoglu said on Twitter.

“Today is the 100th Anniversary of Turkish Independence. We join our Turkish allies across NATO& beyond in celebration of their Victory and Turkish Armed Forces Day,” NATO Allied Land Command said.

Celebrations continue across the country and world.

Türkiye was occupied by allied forces after the defeat of the Ottoman Empire at the end of the First World War (1914-1918).

The foreign occupation prompted Türkiye’s War of Independence in 1919, in which Turkish forces – led by Mustafa Kemal Ataturk – eventually drove the invaders from Anatolia.

From Aug. 26 to Aug. 30 of 1922, Turkish forces fought the Battle of Dumlupinar (considered part of the Greco-Turkish War) in Türkiye’s western Kutahya province, where Greek forces were decisively defeated.

By the end of 1922, all foreign forces had left the territories which would collectively become the new Republic of Türkiye one year later.