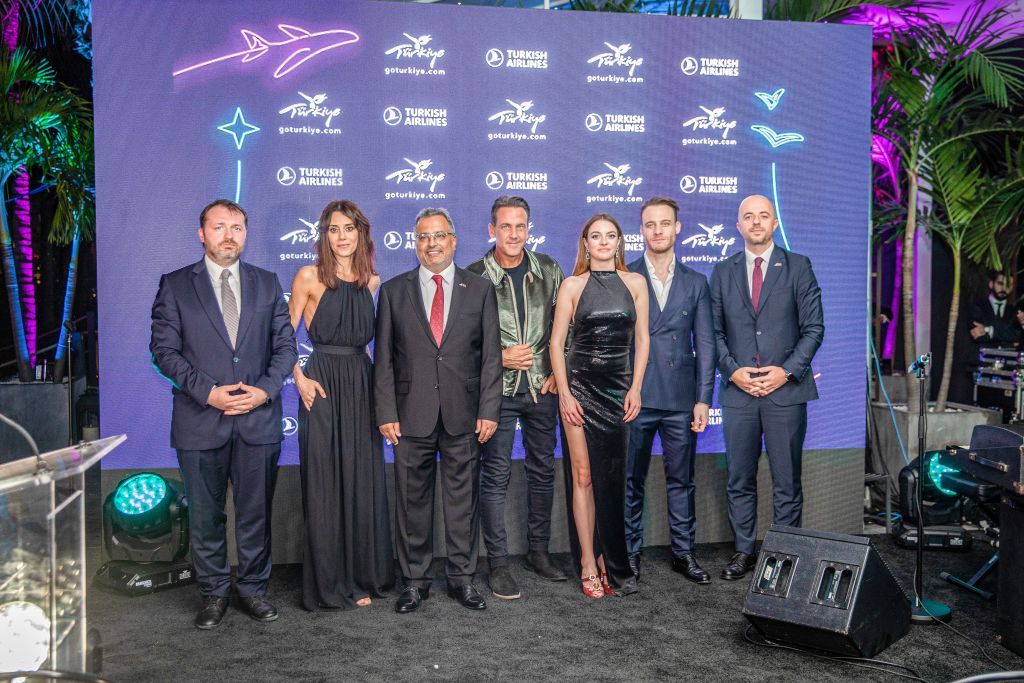 Turkish Airlines, the global airline flying to more countries than any other, hosted a special Gala Dinner at The Deck at Island Gardens in Miami on Tuesday, November 29, showcasing the best of Turkish cuisine, culture and creative talent.

Coinciding with the artistic and cultural calendar in the city of Miami, the event served as a prestigious opportunity to promote Türkiye, a land rich with its wonders.

Bringing together distinguished and preeminent personalities, and executives at the intersection of art, culture and business, from both Türkiye and the United States, the Gala offered an opportunity for attendees to connect, mingle and witness the wonders of Türkiye. World-renowned actor, director and narrator, Morgan Freeman, who has appeared in Turkish Airlines advertising campaigns, and most recently in the global carrier’s Super Bowl commercial, also made an appearance by video. Other notable guests included Turkish celebrities Kerem Bürsin, Cansu Dere and Melis Sezen.

Commenting on the event, Turkish Airlines Chairman of the Board and the Executive Committee Prof. Ahmet Bolat said: “Strengthening our positioning as the airline that connects people, places and cultures, Turkish Airlines proudly hosted this event as a true cultural exchange, and a testament to our commitment of connecting worlds. Coming together to share art, food and music is undeniably the most authentic way to experience a culture and we hope our guests took with them a fond memory of Turkish tradition and hospitality. We’re especially proud to uplift native talent by partnering with Ardan Özmenoğlu and we applaud her achievement in bringing this dynamic project to life.”

Morgan Freeman commented on the event and partnership with Turkish Airlines, noting that: “It’s a pleasure to join Turkish Airlines for this memorable occasion that exemplifies its dedication to celebrating Turkish traditions and culture. As a long time partner, it’s been an honour to support the brand through its continued growth and expansion and this exhibit is truly a depiction of its grandeur and evolution as an esteemed household name in global travel.” 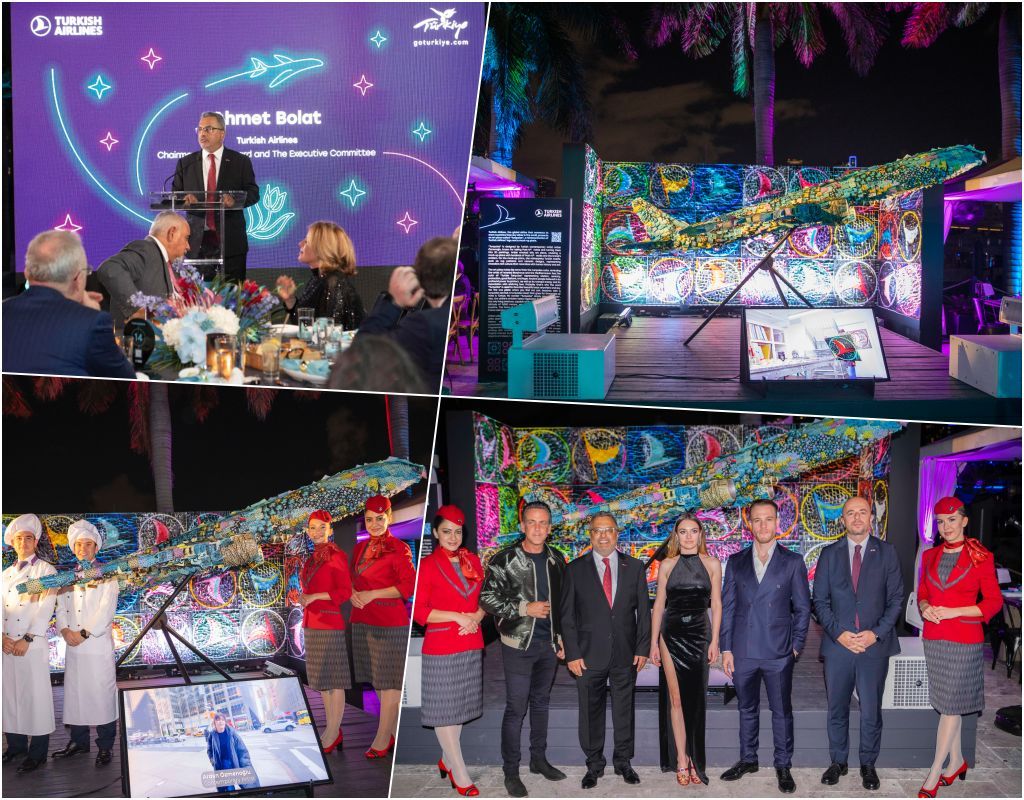 The exhibition unveiled Ardan’s custom creation for Turkish Airlines titled “Turquoise” – a mock-up plane and the airlines logo covered with Post-It® notes and Turkish motifs, such as rug patterns and ceramic designs, representing Anatolia’s rich culture that resonates with human history and art. The artwork was showcased as a reinterpretation of Turkish Airlines’ logo and a mock-up plane. Time-lapse videos of the process were on display to showcase Ardan’s creative process in developing the piece. Since her first exhibition in 2006, Ardan’s unique work has been featured in over 50 exhibitions in the U.S. and abroad including Türkiye, Germany and United Kingdom. Her art pieces will also be presented during Miami Art Basel week.

The art piece takes its name from the turquoise color, reminding Ardan of Istanbul’s Bosphorus and the Mediterranean Sea. The color of “Turkish Turquoise” ranges from blue through various shades of green, to greenish and yellowish gray representing wisdom, serenity, protection, good fortune, and hope. Ancient people believed in its profound power to protect, as well as its tranquil energy and its association with enduring love. The word “Turquoise” is often used to describe beautiful seas and skies anywhere, and fittingly, Türkiye is one place where you find not just beaches with a turquoise sea, but a turquoise coast that goes for thousands of miles. The airline’s emblem takes inspiration from the wild goose – the only living creature, capable of flying across continents at an altitude of 9,000 meters, where most creatures cannot breathe. The head of the wild goose, which does not touch the frame of the logo, symbolizes that it can fly freely.