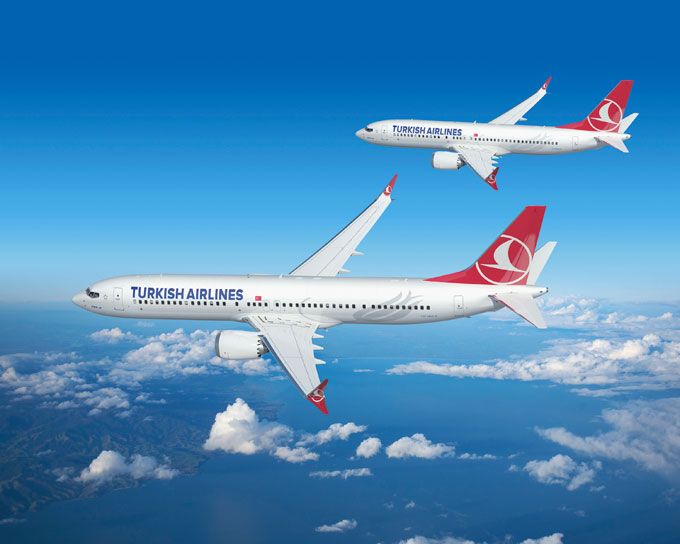 With a market value of over €10 billion ($10.6 billion), the flag carrier is the 10th-most-valuable airline brand in the world, said Ahmet Bolat, the chairman of the airline's board and executive committee.

This success is a testament to its double-digit growth over nearly the last two decades, except for 2016 and 2020, he said.

Bolat said the 2018 launch of Istanbul Airport also supported the company's growth and strength as it solved its capacity shortage problem.

"Istanbul Airport has the capacity for over 120 takeoffs and landings an hour. The new airport was a must for our growth," he noted.

He added that investors were happy to see the government’s clear interest in making the Turkish air transport sector a world-class player, resulting in them snapping up more Turkish Airlines shares.

"Passengers also preferred to fly with us due to the operational problems faced by European airlines, and this added to our profitability," Bolat said.

By the end of this year, the airline aims to have carried more than 72 million passengers in 2022, and over 88 million next year, he highlighted.

According to the latest data on Türkiye's Public Disclosure Platform, the airlines welcomed 66.3 million passengers in January-November, down 3.7% from the same period in pre-pandemic 2019.

The company announced net revenues of $2.25 billion in the first three quarters of this year, a fivefold increase compared with the same period of 2019.

"This is the biggest ever figure in Turkish Airlines’ and European aviation history, thanks to strategies we implemented during the pandemic," Bolat said.

"We had projected the boom in post-pandemic travel demand and therefore set our plans accordingly, such as maintaining our workforce,” he explained.

“This provided us a great advantage when travel restrictions were lifted," he added, saying that most other European airlines were caught off-guard.

With the start of the summer season in June, rising international air traffic to and from European countries caused a crisis at many airports, where the staff had been reduced due to COVID-19 and employees were on strike.

Bolat stressed that Turkish Airlines saw a rise in the number of both point-to-point and transfer passengers, especially on long-distance routes.

"The growth in our passenger figures also stemmed from the rise in tourist arrivals in Türkiye," he underlined.

The number of foreign tourists who visited Türkiye surged 84.8% year-on-year to 42.2 million in January-November, according to Culture and Tourism Ministry data released last week.

When Turkish citizens living abroad are added to the count, the 11-month figure goes up to 47.6 million, the ministry data showed.

Turkish Airlines boasts a fleet of more than 390 aircraft, he said, adding that it is aiming for 427 by the end of 2023.

"We expect the delivery of our 400th aircraft in the middle of February. The problems with Boeing 787s in the factory are over. Our first plane will arrive at the end of this month," he said.

Currently, it flies to 342 destinations in 129 countries – including Türkiye – he said, adding that the target for next year is 346.

Next year the airline will add the major US cities of Denver and Detroit along with Palermo, Italy and Katowice, Poland to its flight network beside boosting flight frequency in current networks.

Bolat added that Turkish Airlines aims to launch direct flights to Australia rather than flying on code-sharing deals.

"We want to carry our flag to Sydney and Melbourne next year," he said.

Bolat also noted that the company will employ more than 1,100 pilots and 2,000 cabin crew.

"We expect a rise in demand for pilots. So we will increase the capacity of our flight academy by 50% to train 300 pilots per year."

On the operations of AnadoluJet, a brand of Turkish Airlines, Bolat said they aim for a nearly 50% rise in flight frequency by next March thanks to the great demand in domestic lines.

"AnadoluJet will also be known as a low-cost airline offering international flights," he said.

Bolat said Turkish Airlines' investments in 2022 totaled $2.8 billion, mostly for the procurement of aircraft and engines.