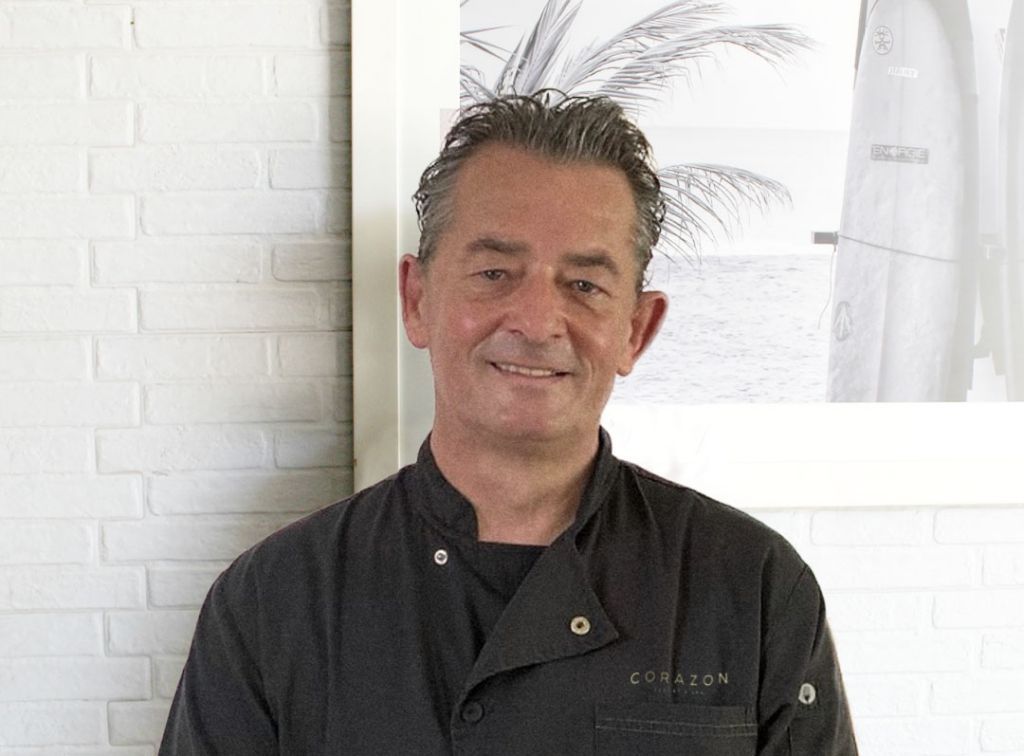 On the heels of its highly anticipated grand opening on February 1st, Corazón Cabo, the first venture in Mexico for Noble House Hotels & Resorts, proudly announces the appointment of Eric de Maeyer as Executive Chef.

With more than two decades of experience in luxury resorts and hotels from Europe to Latin America, Chef de Maeyer has a proven track record of creating and managing inventive, multi-purpose dining concepts and leading on-site food and beverage teams. During his decorated career, he has worked in many of Mexico’s most acclaimed hotels including Cancun’s Grand Meliá and Live Aqua Hotel, the Grand Velas Riviera Maya, and the Fairmont Mayakoba.

In this new role, de Maeyer will be responsible for overseeing all concepts at Corazón Cabo, including Rooftop 360 – the highest and most panoramic rooftop in Cabo overlooking Land’s End; Aleta Restaurant – the resort’s seaside signature restaurant; Corazón Beach Club – the posh retreat on the sandy shores of the area’s only swimmable beach; and the forthcoming second fine-dining signature restaurant, Azure, set to open in 2023. He will also oversee room service menus and execution, as well as catering and banquets offering world-class event cuisine. Passionate about Mexican food and culture, Chef Eric de Maeyer will aim to celebrate the country’s diverse and rich gastronomy at all hotel concepts, with a nod to local Baja cuisine.

“While Cabo San Lucas has always been a colorful destination, our goal with Corazón Cabo is to breathe new life into the area and bring to guests an experience that is equal parts trendy and equal parts elegant and elevated,” says Thomas Haas, VP of Food & Beverage at Noble House Hotels and Resorts.

“From fresh seafood creations and an elevated weekend brunch with menu highlights like lobster frittata at Rooftop 360, to Aleta’s signature seafood risotto and perfectly prepared fresh catches, to refined yet relaxed dining like fresh oysters at poolside grills and bars, there is no shortage of flavors to be enjoyed by our guests and visitors.”

Born in Belgium, Chef Eric de Maeyer’s lifelong career in hospitality began by attending the Culinary Academy of Nice, where he learned the fundamentals of traditional French cooking, and later attended the Hotel School in Bruges to perfect his craft. From there, he spent 20 years working in kitchens throughout Europe, including Zuider Terras in Antwerp, Belgium, where he served as Executive Chef. In 1992, he moved to Mexico City to join the boutique luxury hotel, Marquis Reforma, tasked with overseeing the re-opening of its Belgian fine dining restaurant, La Joya. In addition, de Maeyer has served as a consultant for world-class restaurants, such as Mazzarino, L’Escargot Bistro Parisien and Le Crouton, plus served as a professor at Anahuac University in the heart of Mexico City.