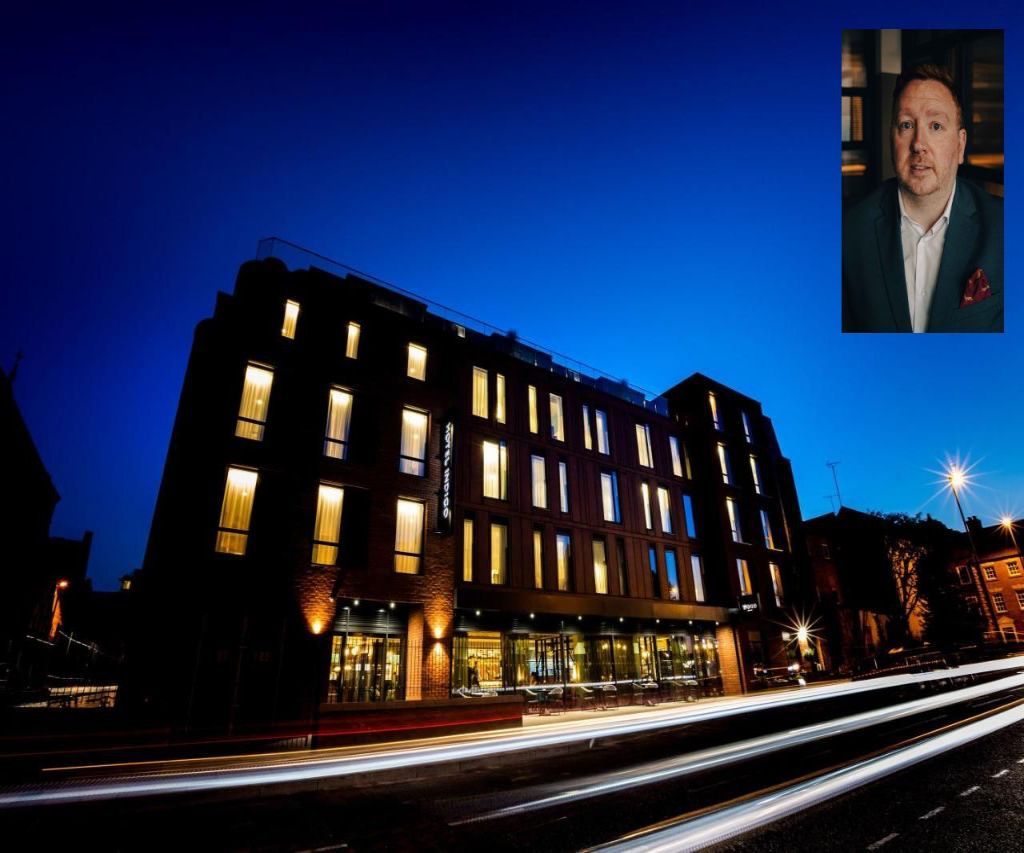 Scott Rankin joins from Holiday Inn Portsmouth where he was Business Excellence Manager. Scott has held numerous roles within hotels over the last 22 years from Chef, Reception manager, Sales Manager to General Manager and has previously worked for hotel brands including IHG Hotels, Holiday Inn and Marriot.

Scott has also spent over six years volunteering as a Special Police Sergeant for the Metropolitan Police. Scott describes his General Manager style as being balanced approachable, hands-on and customer oriented. He believes staff are a huge asset and appreciates how much guests need their passion, local knowledge, and their personalities to shine through which only happens when staff are appreciated and respected.

Scott said, “It is extremely exciting to be a part of Hotel Indigo Chester. I’ve worked with several IHG hotels throughout my career, so I know what great appeal Hotel Indigos have to guests. The unique nature of each hotel is a great selling point for both leisure and corporate guests. Chester is an amazing city so the opportunity to combine a great hotel in a great city was a fabulous job opportunity to accept”.

Scott is also a believer in the concept of ‘if something’s not broken, don’t fix it’ and Hotel Indigo Chester has been functioning as a successful hotel since it opened in 2019. However, Scott believes there are further opportunities he can explore to deliver an even greater experience for guests. Scott is also overseeing The Forge Restaurant, which is still relatively new within the neighbourhood, and intends to promote further the fantastic food and service Mike Robinson and his team provide.

Simon Hall, Managing Director at Castlebridge Hospitality who own and manage the hotel said “We’re delighted to appoint Scott as our new General Manager at Hotel Indigo Chester. Scott brings with him a wealth of experience and expertise in the hospitality industry, and I know will be a fantastic asset to the team".

Hotel Indigo Chester, which opened in June 2019, is a contemporary boutique hotel located in the heart of the historic city of Chester. Designed to reflect the city’s famous architecture and the oldest racecourse in the UK, Hotel Indigo Chester is a short walk from Chester's famous Rows, extensive shopping district, award-winning Storyhouse Theatre, and the 2,000-year-old city walls. The hotel has 75 guest rooms decorated in 3 beautiful themes each inspired by the history and locality of historic Chester.