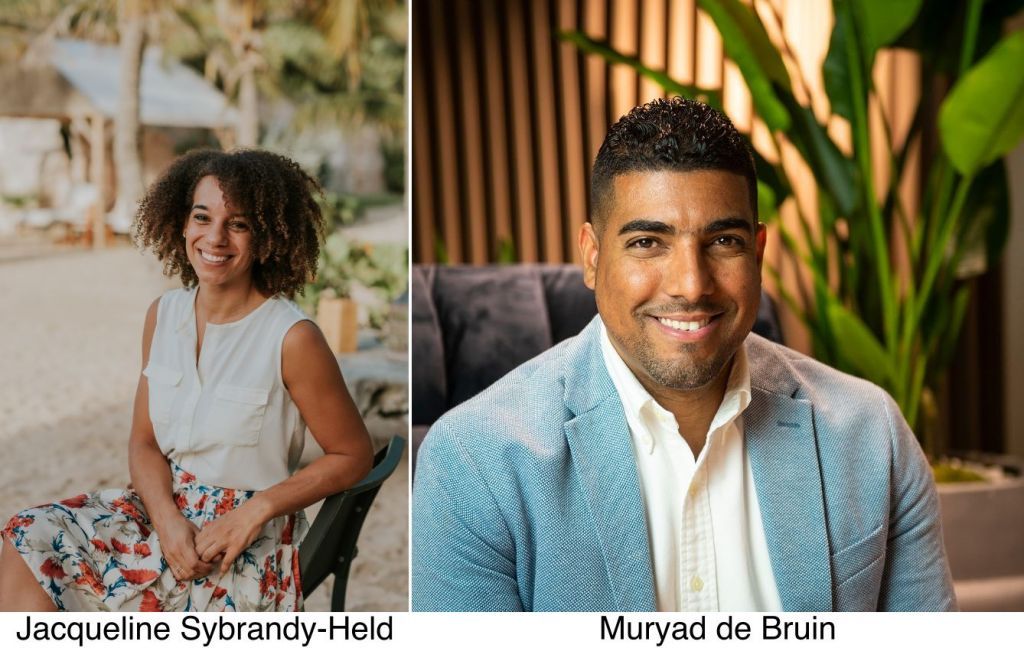 Following extensive interviews and evaluations conducted by the Supervisory Board of the Curaçao Tourism Development Foundation (CTDF), Muryad de Bruin has been named Counterpart Statutory Director for the Curaçao Tourist Board (CTB) and Jacqueline Sybrandy-Held as Regional Manager North America, both effective immediately.

Mr. de Bruin will take on responsibilities for providing strategic direction to and leading the destination management and marketing organization; will serve as an advisor to the government on tourism affairs; and represent Curaçao on all tourism-specific platforms, both locally and abroad. The counterpart position works alongside the Deputy Director.

Born and raised in Curaçao, Mr. de Bruin is well versed in the island’s tourism efforts having spent the last six and a half years in Regional Manager positions with the Curaçao Tourist Board. Most recently he held the Regional Manager Europe role, working out of the tourist board’s The Hague, Netherlands office and for two years prior to that in the same role for the South American market, ultimately responsible for tourism growth out of the respective regions.

“Returning to Curaçao after spending time in these international markets, I’ve garnered a greater global understanding for tourism, marketing and multi-cultural leadership and look forward to bringing that experience with me into this role,” Mr. de Bruin said. “The importance of tourism for this island is a growing one and integral to its future development and prosperity. I am humbled to get to play a part in laying that groundwork for generations to come. I can’t think of anything I’d rather do.”

Mrs. Sybrandy-Held will oversee development and implementation of sales and branding efforts for the CTB within the North American market. In her role she is responsible for growth in tourism arrivals, management of the region’s team and provision of (statistical) management information. Keenly qualified for the role, Sybrandy-Held has worked within the island’s tourism space since 2008 when she began her career at Floris Suite Hotel. Since then she has worked at various hotels in Curaçao across departments including reservations, convention services, events, sales and marketing and most recently, as general manager at Blue Bay Hotel and Services. Prior to that she was Director of Sales & Marketing at Baoase Luxury Resort during which time room revenue increased by more than 150%, exceeding budgeted revenue, occupancy and ADR consistently throughout her five year tenure.

The announcements for these two positions come as the island’s tourism continues to gain momentum, coming off a record-breaking month of July. The CTB reported 48,246 stayover visitors for the month - the first time recording 48,000 visitors in the summer month,, surpassing July 2019 arrivals (pre-pandemic) with almost 11,000 more visitors. The US market outperformed all its previous registered number of visitor arrivals with a total of 10,207 US visitors in July, a record-breaking number of US visitors in one single month.

“Seeing the growth numbers for the US and upward pattern is incredibly inspiring and a direction I have no intention of seeing slow down as I step in to this role,” Sybrandy-Held stated. “My 14 years of tourism-specific sales and marketing experience has always focused largely on the North American market and I look forward to concentrating my efforts there to continue to pursue record breaking numbers for the island.”