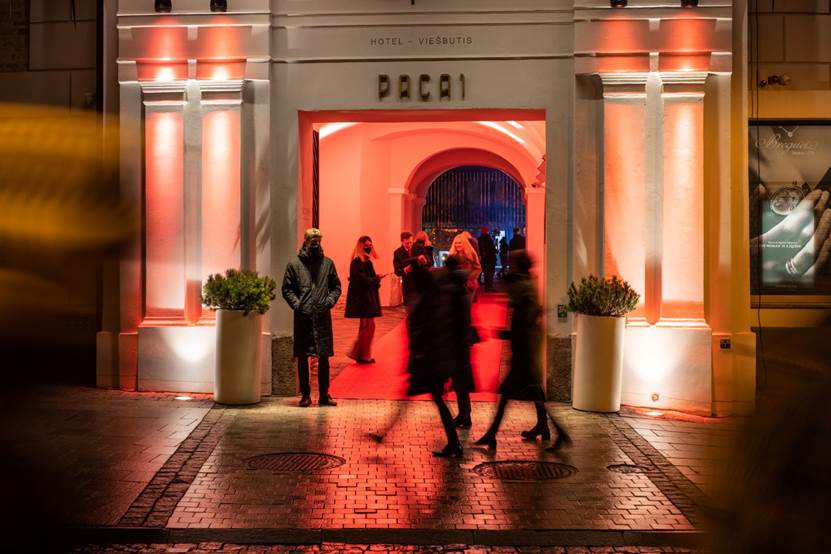 This year’s innovative, COVID-safe festival format was a collaboration between the film industry and the Lithuanian capital’s six top hotels, creating a vacation-at-home experience, where audience members enjoyed a virtual opening ceremony with a red carpet and collaborations with local talent, and watched a program of the year’s top international titles from the comfort of luxurious local hotels.

“The opportunity to book hotel rooms to watch movies came just in time for an audience hungry for travel, new places, and experiences. According to the hotels, their occupancy rates reached pre-pandemic levels over the course of the three-week festival,” says Go Vilnius Director Inga Romanovskiene.

Preliminary data also reveals that 100,000 viewers tuned in to this year’s diverse lineup of titles.

“We’re glad that the language of film transcended our physical separation, providing an unparalleled sense of community and closeness,” said CEO of Vilnius IFF Algirdas Ramaška, thanking fans for their support.

“Together with our partners, we were able to provide safe experiences-following quarantine restrictions, such as the private screening rooms in hotels-that surely left indelible memories.”