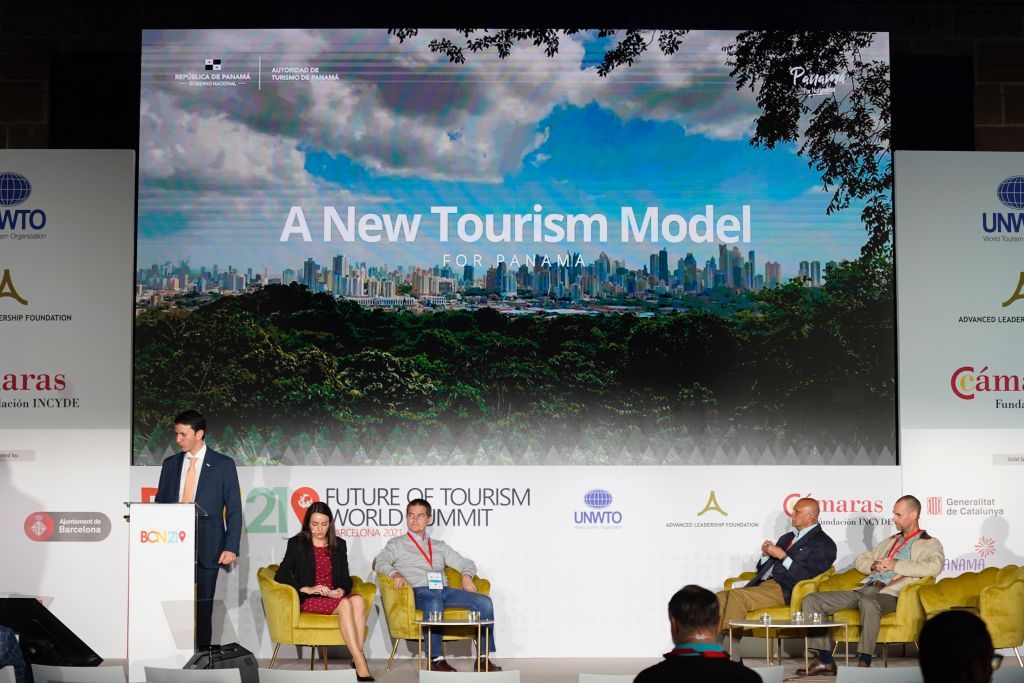 Panama’s Minister of Tourism, Ivan Eskildsen and the secretary-general of the World Tourism Organization (UNWTO), Zurab Pololikashvili signed an agreement between the Tourism Authority of Panama (ATP) and the UNWTO to host a Contest for Innovation in Transformational Tourism Products for the Empowerment of Communities.

The signing of this agreement took place as part of the Future of Tourism World Summit, co-organized by the UNWTO, held in Barcelona, Spain, October 26-27, 2021, which brought together thought leaders focused on rethinking tourism development worldwide and better rebuilding the industry for post-pandemic reactivation.

The contest to be launched by ATP and the UNWTO consists of the creation of innovative tourism products that offer experiences that satisfy the demand of the "Discerning Traveler," a segment that is conscious about the conservation of the cultural and natural heritage of the destinations they visit and wish make a positive impact in their communities. Aligned with President Cortizo's Government Plan, the contest prioritizes tourism experiences developed by tour operators within the communities outlined by the “Plan Colmena,” which focuses on 300 villages with the lowest socioeconomic development in the country.

"This contest is focused on stimulating tourism offerings geared towards the Discerning Traveler, a segment that generates higher spending at destinations and longer stays, and which is estimated at 500 million travelers. The contest contributes to achieving our vision of tourism according to the Master Plan, by contributing to the empowerment of communities, scientific research, the regeneration of ecosystems and local cultures. It speaks to Panama's tourism model, which was highlighted during The Future of Tourism World Summit,” said Eskildsen.

During the event, which brought together more than a dozen tourism ministers from different countries and a hundred international exhibitors linked to the industry, Panama’s Minister of Tourism participated in a high-level roundtable titled " Towards NetZero Tourism for Planet regeneration." He was accompanied by Javier Manzanares, Deputy Executive Director of Green Climate Fund; Frédéric Degret, President of NOAH ReGen; Julián Suárez, Vice President of CAF; Alex Hadzhiivanov, Associated Director of Green Economy, EBRD and moderator Zoritsa Urosevic executive director of the World Tourism Organization (UNWTO).