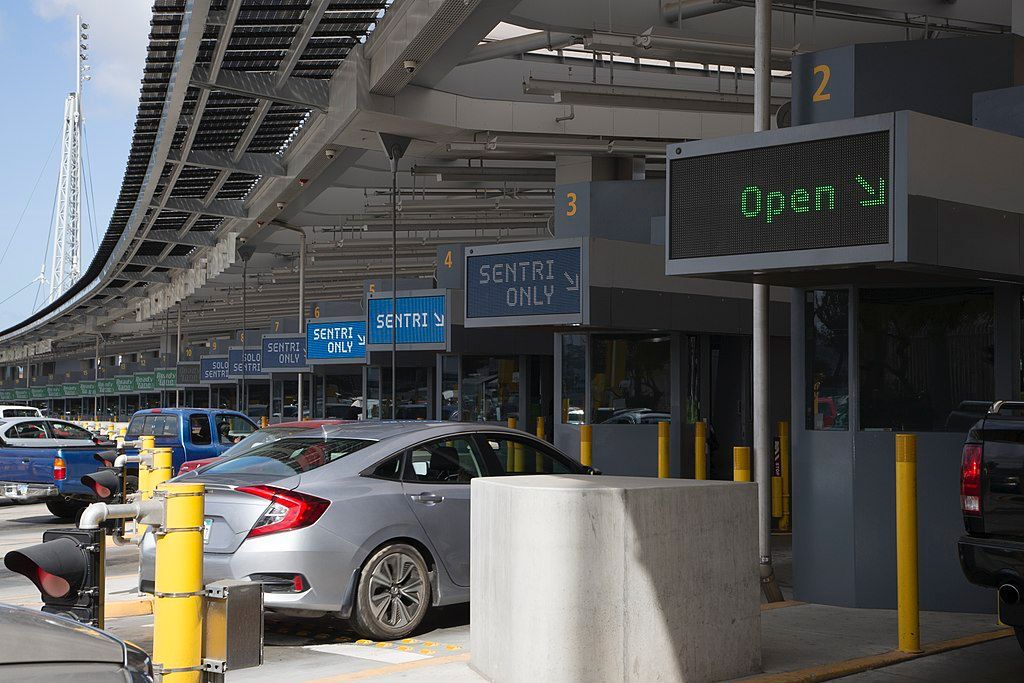 A traveler enrolled in the Secure Electronic Network for Travelers Rapid Inspection (SENTRI) lane has been caught carrying 19.78 pounds of cocaine.

The use of SENTRI is a privilege but participants are not exempt from inspection,” said CBP El Paso Port Director Ray Provencio.

“Although the program allows expedited screening for pre-approved, low risk travelers, our officers maintain their vigilance and trust but verify that users are not violating the law and the rules of the SENTRI program.”

The seizure occurred shortly after 11:30 a.m. Nov. 28, when a minivan arrived at the Stanton Street dedicated commuter lane from Mexico. A CBP officer conducting primary inspections selected and referred the vehicle for a secondary inspection. A non-intrusive x-ray scan and physical inspection of the vehicle resulted in the discovery of multiple cocaine filled bundles hidden within the dashboard area. The driver was a 71-year-old male Mexican citizen.

The narcotics and vehicle were seized by CBP, and the driver was turned over to the El Paso Sheriff’s Office to face charges in connection with the failed smuggling attempt.

SENTRI is a program that allows expedited clearance for pre-approved, low-risk travelers upon arrival in the United States. Participants may enter the United States by using dedicated primary lanes into the United States at Southern land border ports. Travelers must be pre-approved for the SENTRI program. All applicants undergo a rigorous background check and in-person interview before enrollment.

$2.7 Million Worth of Liquid Methamphetamine

In another incident, U.S. Customs and Border Protection officers arrested multiple travelers on Nov. 27 after intercepting two smuggling attempts of liquid methamphetamine concealed in recreational trailers. Total value of the seized narcotics is estimated at over $2.7 million.

“I am proud of the hard work and dedication of our CBP officers on protecting our nation’s borders. Their remarkable experience is one of the best tools they have.”

During the inspection, CBP officers noticed an unusual liquid within the trailer’s water tank. The liquid, identified as methamphetamine, was extracted into 22 five-gallon buckets.

The total weight of the liquid methamphetamine was 735.59 pounds with an estimated street value of $1,544,739.

The methamphetamine has an estimated street value of $1,164,933.

All seven travelers were turned over to U.S. Immigration and Customs Enforcement, Homeland Security Investigations for further processing.

The liquid methamphetamine was seized by CBP officers along with the vehicles and trailers.