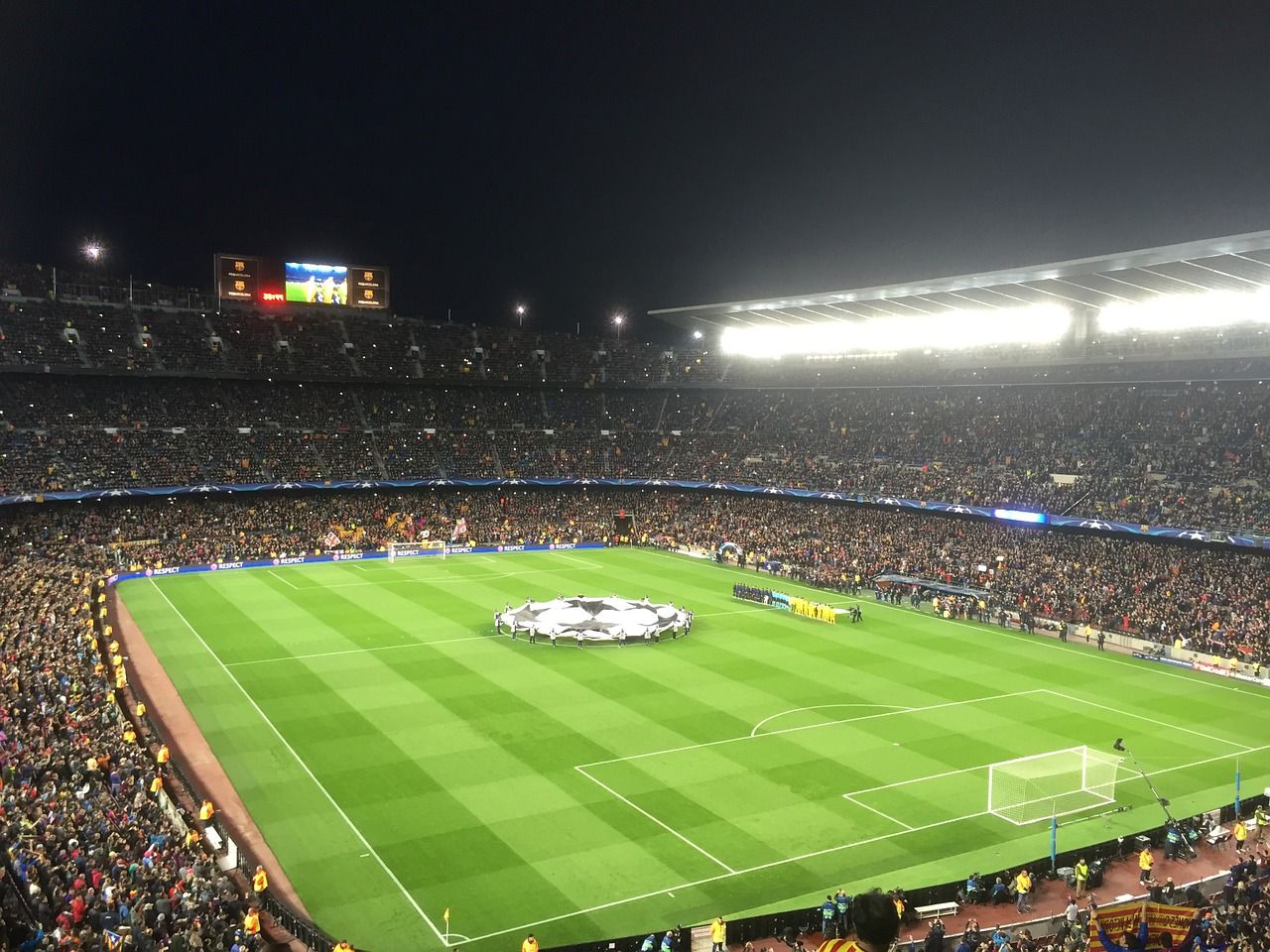 European football is loved around the world, millions cheer in stadiums and by screens in millions of homes. A recent study reveals record revenues generated for 2018/19 for English and European football clubs ahead of the financial impact of COVID-19.

The European football market as a whole generated a record of €28.9 billion (£25.5bn) for the year covering the 2018/19 season. Growth was again driven by the ‘big five’ European leagues, which benefitted from receiving the majority of an additional €700m of distributions from UEFA to clubs in their competitions.

Premier League clubs’ combined revenues passed £5 billion for the first time in the 2018/19 season, a year-on-year increase of 7%, according to the 29th Annual Review of Football Finance from the Sports Business Group at Deloitte. In revenue terms, the Premier League was 73% larger than its nearest competitor, Spain’s La Liga.

Revenue polarisation between and within European football leagues continued to grow. This trend is likely to be exacerbated by the COVID-19 pandemic, as the biggest clubs are likely to have the most contractually protected revenues, whilst smaller clubs rely more heavily on matchday revenue and single-season commercial agreements.

Clubs in Spain’s La Liga generated combined revenues of €3.4bn in 2018/19, surpassing the Bundesliga (€3.3bn). However, the earlier return to play of matches in the Bundesliga during the disrupted 2019/20 season will likely see the German league report higher revenues than La Liga in 2019/20. La Liga is expected to return to being Europe’s second highest revenue generating league from 2020/21, due to increased broadcasting revenues. Italy’s Serie A (€2.5bn) and France’s Ligue 1 (€1.9bn) complete the €17bn revenue that was achieved by the ‘big five’ European leagues in 2018/19, a new record.

The Deloitte Sports Business Group’s analysis anticipates that the disruption to the 2019/20 season will reduce Premier League clubs’ revenues in the 2019/20 financial year by approximately £1bn. Of this, almost £500m is permanently lost primarily due to the loss of matchday revenues and rebates on broadcast and commercial contracts from games being delayed and played behind closed doors. The remainder - over £500m – will be deferred until the 2020/21 financial year, due to the delay of almost a quarter of the season beyond 30 June. As a consequence, and despite anticipated potential continued disruption into the 2020/21 season, the 2020/21 financial year may see record-breaking levels of revenue.

Dan Jones, partner and head of the Sports Business Group at Deloitte, explained: “We expect the ongoing COVID-19 pandemic to cause significant revenue reduction and operating losses across European football in the current season’s financial results. Clubs are having to weather multiple financial impacts, including rebates or deferrals of commercial and broadcast incomes, as well as the loss of match day income and other event-related revenue.

“Football returning – in a safe and sensible way - is clearly important to limiting the financial impact that the pandemic has had. Leagues across Europe have been responding in different ways and at different paces. The success of each league’s return, and the strength of each one’s relationships with broadcasters and commercial partners, will have a potentially significant and lasting impact on the financial strength of clubs and leagues.

Jones continued: “Nonetheless, we forecast that the restart plans for the Premier League and a number of its peers will cause a rapid recovery in financial results as some 2019/20 broadcast revenues are pushed into the 2020/21 financial year, which may result in a bumper revenue year.

“Much remains uncertain, particularly around the timing and scale of the return of fans to stadiums and the impact on commercial and broadcast partners’ wider businesses. The football industry will be hopeful that a V-shaped recovery and a return to relative financial normality for the 2021/22 season is possible.”

Premier League clubs’ revenue growth in 2018/19 enabled additional resources to be spent on playing talent. The Premier League clubs’ overall wages-to-revenue ratio increased to 61%, up from 59% the previous season. Meanwhile, operating profits decreased by 5% in 2018/19 to £824m - still the third highest level ever recorded. However, Premier League clubs recorded a pre-tax loss of £165m in 2018/19 – a near £600m reduction year-on-year – owing to falling player transfer profits and growing amortisation charges.

In addition to the Premier League’s all-time high, Deloitte's analysis found that the 72 Football League clubs in the Championship, League One and League Two generated combined revenues of over £1bn for the first time ever, with each league generating more revenue in 2018/19 than in any previous season. These record revenues did not translate to profitability, with each of the three divisions recording aggregate operating and pre-tax losses, primarily due to excessive wage spending.

The Championship saw a sixth successive season of revenue growth in 2018/19, to £785m, up 5% from the previous season. A record wages/revenue ratio of 107% again demonstrated the collective lack of financial restraint being applied as a large number of the 24 Championship clubs continue to spend in an attempt to secure promotion to the riches of the Premier League.

Tim Bridge, director in the Sports Business Group at Deloitte, commented: “The level of losses in the Championship has been a recurring concern for many years. Even before the financial impact caused by the pandemic, EFL clubs were typically sustained by owner largesse and/or the pursuit of uncertain and uncontrollable promotion or player transfer windfalls. Now is the time for serious action to address the issue of financial stability. Our analysis shows that even a basic 70% salary cap mechanism across the Championship could have a rapid financial corrective impact, all but eliminating losses in a normal season, without damaging the vibrant competitiveness of the league.”

Since the start of the Premier League era, English professional football has not had a problem generating revenue; new records have been set every year since the 1992/93 season. Arguments have been made about the distribution of revenue, but both the Championship and Leagues 1 recorded more revenue across their clubs than ever before, with League 2 matching the record level set in 2017/18. The ongoing COVID-19 pandemic could force clubs to reassess their cost control measures and focus on long term financial stability.

Sam Boor, senior manager in the Sports Business Group at Deloitte, added: “While revenue-generation is a new problem for professional football, clubs have had a cost control problem for decades. The demise of Bury and the dangerous predicament many other Football League clubs find themselves in must move the game to introduce meaningful regulatory change and improvement.”

Dan Jones concluded: “The financial growth of English professional club football over the near three decades we have followed it through our Annual Review of Football Finance has been stunning. The improvement and transformation of the sport as a spectacle loved around the world in its stadia and on screens in millions of homes has been remarkable. But structural problems in the game’s finances persist. The decisions taken now will determine if the 2019/20 season is seen in future as the end of a golden age or the start of a better, stronger new era.”