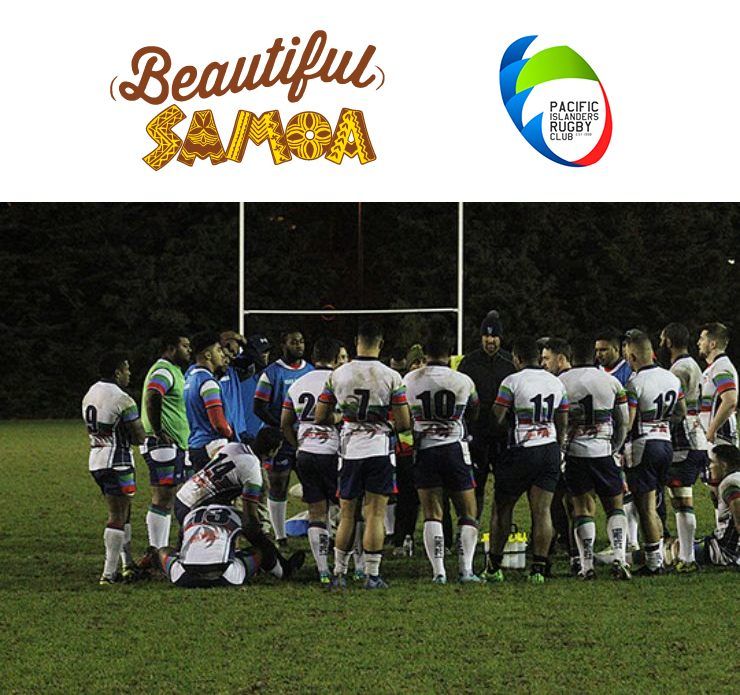 Samoa Tourism Authority announced that it will become the 2021 headline sponsor for the Pacific Islanders Rugby Club to celebrate 100 years since rugby was introduced to the island in 1920 by the Marist Brothers.

Pacific Islanders Rugby Club was established in 1998 and represents 8 different Pacific Islands nations, including Samoa. The club’s jersey will soon display the Beautiful Samoa logo ready for the first match scheduled for March against Cambridge University. Samoan players such as Tala Petelo and Anthony Lavea will play in the team.

Rugby was first introduced to Samoa in 1920 by the Marist Brothers, meaning that Samoan rugby celebrated its 100th Birthday this year. Four years later in 1924, The Apia Rugby Union was formed, creating a governing body for the sport. The team’s first game was in the Samoan capital of Apia against Fiji. Since their first match, the treasured islands have had many famous sporting exports such as Dan Leo, and Wallabies player Scott Sio, who is now a brand ambassador for Samoa Tourism, as announced last month. The Pacific Islanders Rugby Club includes players who were either born in Samoa or have Samoan heritage.

The club’s mission is to offer opportunities for people of all ages, genders and abilities whilst also running a high-quality team that follows its values of teamwork, respect, discipline and the enjoyment of the sport. This unique club with a unique membership aims to connect the club to its roots in the Pacific and honour this special relationship, as “One club, one family, one community”. This is vital for many Pacific Islanders who may miss home, or important for those born in the UK with Samoan heritage to be able feel connected to their culture.

Talking about the club and its impact on the Samoan community in the UK, Dan Leo, acclaimed Manu Samoa rugby player and CEO of Pacific Rugby Players Welfare, says:

“Through the great game of rugby, the Pacific Islanders Rugby Club provides a unique environment where our Pacific cultures can be cultivated, reinforced and passed along to our kids, and where vital community bonds are established or strengthened – such an important part of the Pacific Island make-up”.