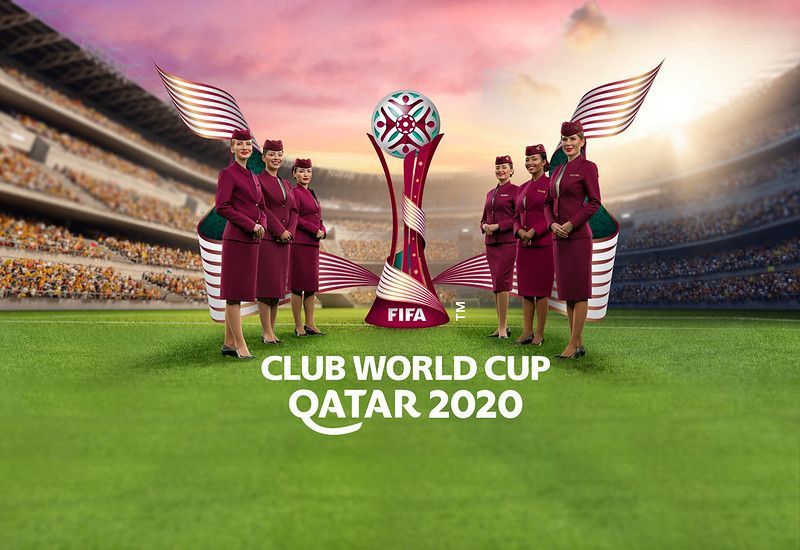 The FIFA Club World Cup™, which is hosted in Qatar for the second year running, where the clash of the world’s continental club champions will take place between 4 – 11 February 2021.

In light of the COVID-19 pandemic, the tournament will be organised according to FIFA’s required safety guidelines to uphold the health and safety of all involved in the competition.

Education City Stadium and Ahmad Bin Ali Stadium are all set to host the respective matches, with the likes of Ulsan Hyundai (AFC), Al Ahly (CAF), Tigres (CONCACAF) Palmeiras (CONMEBOL), FC Bayern München (UEFA) and host league champions Al Duhail SC (QSL), all set to compete for the most prestigious honour in global club football. In order to ensure a safe and seamless travel experience, the Hamad International Airport team are providing a bespoke operational plan for the teams’ arrivals and departure.

Qatar Airways Group Chief Executive, His Excellency Mr. Akbar Al Baker, said: “As we gain momentum towards FIFA World Cup Qatar 2022™, we are delighted to be involved as the Official Airline that brings together the top clubs from every continent, where Qatar will once again be the stage for the FIFA Club World Cup Qatar 2020™. As the national carrier of the State of Qatar, we look forward to welcoming world-class football teams who will unite fans watching from around the world.”

The draw for the tournament took place at FIFA’s headquarters in Zurich, mapping out the tournament schedule, which kicks-off at the Ahmad Bin Ali Stadium on February 4.

In addition to being the Official Airline Partner of FIFA, the Qatar Airways football family of top global clubs includes Al Sadd SC, AS Roma, Boca Juniors, FC Bayern München, K.A.S. Eupen and Paris Saint-Germain. Fans can pick up the latest football strips of European champions FC Bayern München, when transiting through HIA at the only standalone FC Bayern Fan-Shop in the Middle East. The national carrier of the State of Qatar has key partnerships with several other high-profile sport events and organisations.

Qatar Airways currently operates more than 800 weekly flights to over 120 destinations across the globe. By the end of March 2021, Qatar Airways plans to rebuild its network to over 130 destinations with many cities to be served with a strong schedule of daily or more frequencies.