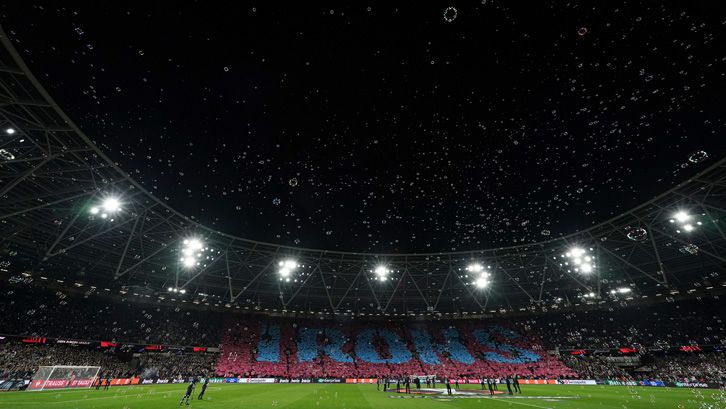 West Ham United announced that they are subject to sanctions from UEFA in relation to our Europa League Group H fixture against KRC Genk on Thursday 4 November.

The Club has been fined 34,500 Euros and also informed that our supporters are unable to travel for our next Europa League away fixture.

The Club is urgently seeking clarification from UEFA, particularly given the extremely short notice of the sanction, which will impact their supporters who have already bought tickets and made arrangements to travel to Austria for the match at Rapid Vienna in just over a week.

The Club fully appreciates that supporters will have booked return travel and accommodation in Austria and are stressing this in their dialogue with UEFA.

The match will be played at the Allianz Stadion (Weststadion), Vienna and Kick-off time is 6.45pm (local time).

Travelers don’t need a visa to travel to Austria, but your passport should be valid for at least 6 months after entry.

Remember your European Health Insurance Card (EHIC) but also take out travel insurance, even if you’re only going for one night. It could save you a lot of money if you get into difficulties.

Book your hotel in Vienna today.

Getting from the airport

It takes approximately 20 minutes to get from the airport to city centre of Vienna (Austria’s capital). There is a variety of taxi options available in Austria including private hire, app-based and metered cabs.

If taking a metered cab ensure the taxi meter is switched on. Check that the taxi has working seatbelts.

You can get to the city centre or other parts of Vienna comfortably by the train/underground directly from the airport.

The cheapest option is the S7 train (‘Schnellbahn’) departing every :19 and :49 minute of every hour from the Vienna Airport train station.

Getting to the stadium

Please use green line “U4” and go to “Ober St.Veit” or “Hütteldorf” station. It is then approximately 15 minutes walk distance from both stops.

Please use tram line “49” to stations “Baumgarten” or “Deutschordenstraße”. From here it is then an approx. 6 minutes walk distance.

Please go to “Wien Hütteldorf” station. It is then an approximately 6 minute walk.

Address of the stadium: Gerhard-Hanappi-Platz 1, Hütteldorf, A-1140 Wien

All fans arriving at the stadium, even if vaccinated, must produce a negative PCR test not older than 48 hours (running until the end of the event i.e. a PCR test made no later than Tuesday 23 November 20.45 CET). This test can also be in English language.

Where fans should enter the stadium

West Ham supporters will be seated in sectors 5, 6 and 7 (entrance north – visiting fans) – see the stadium plan. There won’t be special leaving procedures as the same gates will be used to leave the stadium.

Only fully vaccinated or recovered people (in the last six months) can enter the stadium. You will not be able to take a COVID-19 test on site. The NHS issued digital COVID-19 vaccination certificate/confirmation will be accepted as proof of vaccination. It must show your name, date of birth and date of vaccination on it.

In addition to items that would usually be prohibited in the UK, you will not be allowed to take the following items into the stadium: flares, fireworks, alcohol, cans, glass, plastic bottles or containers, coins, lighters or umbrellas. If you do bring any of these items with you, they will be confiscated by the Austrian authorities.

Alcoholic beverages can be purchased in the stadium, but not brought in from outside. Smoking won’t be allowed.